Vietnam's First Female Billionaire Made Her Fortune From…. A Bikini Airline!

By Amy Lamare on April 7, 2016 in Articles › Billionaire News

If all goes as planned with the IPO of VietJet, its founder and CEO will become the country's newest billionaire. The airline's founder, Nguyen Thi Phuong Thao, is also poised to become Southeast Asia's first self-made female billionaire. She made her splash in the airline industry by dressing her stewardesses in bikinis. Thao's fortune stems from her 95% ownership in the airline, as well as her holdings in the 65-hectare real estate development, Dragon City, in Ho Chi Minh City.

Thao got her start in 1988. She was a sophomore in college in Moscow studying finance and economics. She made a million dollars selling office equipment and clothing she imported from Japan, Hong Kong, and South Korea. It took Thao, now 45, just three years to make her first million. After college, Thao moved back to Vietnam and invested in two banks. She ended up in the airline business when she filed an application to run an airline in anticipation that Vietnam's communist government would allow competition for the long time state endorsed airline Vietnam Airlines. 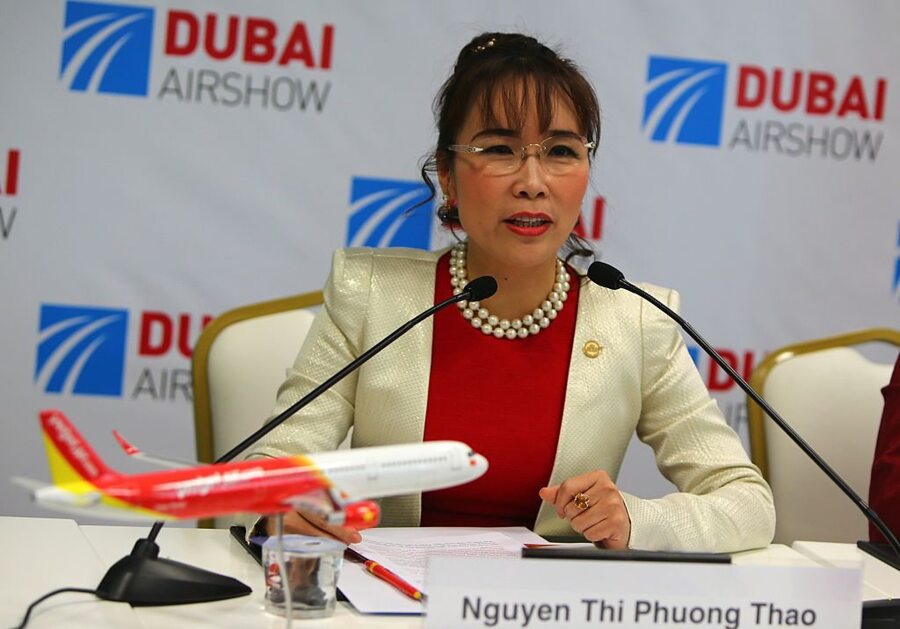 Thao started VietJet from scratch. After a delay in the launch of several years due to the global financial crisis, VietJet and its bikini-clad stewardess finally took to the friendly skies on Christmas Day, 2011.

VietJet is on track to pass Vietnam Airlines as the country's biggest domestic carrier this year. Even better for Thao, Vietnam is one of the world's 10 fastest growing aviation markets and is anticipated to remain so for the next 20 years.

Thao is planning VietJet's IPO for sometime in the next three months. She anticipates selling an up to 30% stake in her airline. VietJet is seeking a valuation of more than $1 billion. The IPO should give Thao a net worth of over $1 billion. The valuation Thao hopes to get will make her airline more valuable than Finnair and Asiana Airlines. VietJet brought in $488 million in revenue last year, tripling the previous year's revenue.

VietJet is the Southwest Airlines of Vietnam. It flies to 47 destinations in Vietnam and across Asia, including Seoul, Singapore, and Bangkok. Over time, Thao plans to expand her airline's offerings into longer haul trips to more destinations.

VietJet's motto is "Enjoy flying." Thao has further added to her profits by selling calendars featuring her sexy stewardesses.

In addition to VietJet and her stake in Dragon City, Thao also has majority stakes in three resorts in Vietnam – the Furama Resort Danang, the Evason Ana Mandara Nha Trang, and the An Lam Ninh Van Bay Villas.

Regarding the sexy bikini-clad image of her airline, Thao said: "We don't mind people associating the airline with the bikini image. If that makes people happy, then we are happy… "