Imagine you've been married for 30 years to one of the richest men in the country. And then, one day, your husband comes home and tells you, out of the blue, that he is divorcing you and not giving you a dime. Oh, and by the way, this is happening in Russia and the husband is a comrade of Vladimir Putin's.

Natalia Potanina was married to Vladimir Potanin for 30 years. Vladimir has a $15 billion dollar net worth that he amassed during the pivotal years of privatization after the collapse of the Soviet Union. In 1992, he and Mikhail Prokhorov (the current owner of the Brooklyn Nets) opened one of the first private banks in Russia. Potanin and Prokhorov made off very well for the rest of the decade, thanks mainly to Boris Yeltsin's controversial "loans-for-shares" programs, acquiring assets in nickel, oil, shipping, and steel. Today, Potanin is the CEO of Norilsk Nickel and his 30 percent stake in the company is worth an estimated $7 billion. 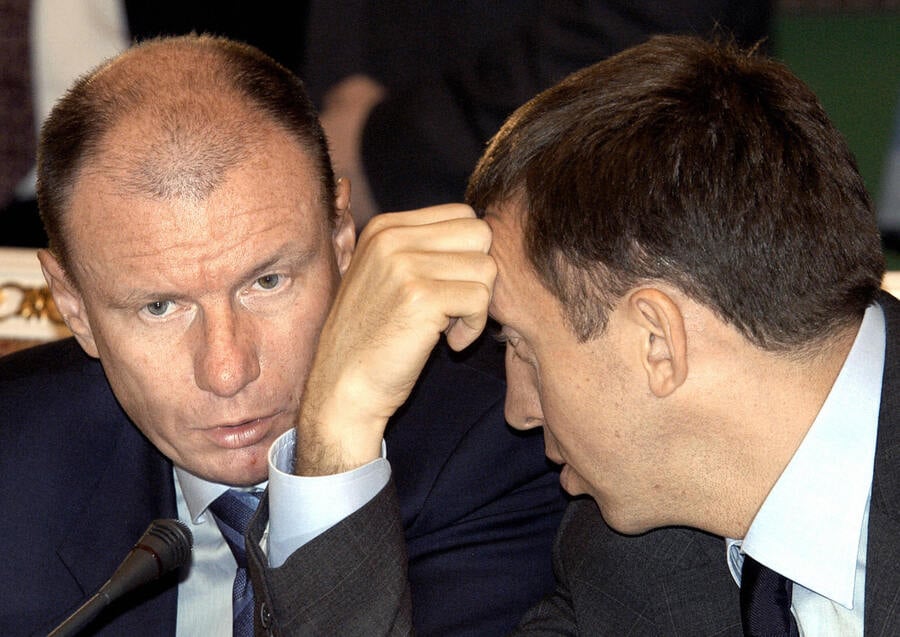 Natalia has entered into a battle for the ages. She laid claim to half of her now ex-husband's fortune. Half of $14 billion would make it the largest divorce settlement in history. Furthermore, Russian law does say she is entitled to half.  However, the metal magnate isn't going to let go of his money so easily.

Suing a member of Putin's inner circle has torn her family apart. Russian courts declared Natalia's marriage over in 2014. She is appealing that decision to the Russian Supreme Court. She wants half of her ex's income and assets. More than that, she wants a peaceful settlement for her youngest son, who hasn't seen or spoken to his father since he served Natalia with divorce papers in 2013. It turned out that Vladimir had been having an affair with an employee 15 years his junior and had fathered her child. He married her in 2014.

But long before things got so screwed up, Natalia and Vladimir were young people in love. The two met at school, where they were classmates. They got married in 1983 and had three children together – born out of love. They were a happy family, until he suddenly filed for divorce in November 2013, after 29 years of marriage. To make matters worse, Vladimir asked the court to make the divorce retroactive to January 16, 2007. According to him, that was the exact day that he decided the marriage wasn't going well. Natalia and her kids, relatives, and friends were shocked that he would pull such a move. Especially since all signs indicated he was a full and willing participant in a normal, loving family until he served her with the divorce papers that fateful night in 2013.

The day that Vladimir surprised Natalia with the divorce was a normal one, right up until that point. Natalia and Vladimir were at the dinner table with their sons, planning a trip to the U.S. with their youngest son, Vasily, who was going to be enrolling in an American school. They were discussing exams and tutors. They talked about what movies to see and musicals to go to while in the U.S. It was, by all accounts, a normal dinner table conversation.

After dinner Vasily went to bed and Vladimir left the room for a moment. When he returned, he handed Natalia divorce papers and told her that he was fed up and wanted a divorce. She was in shock from the surprise of it. She thought he was joking. That was the last time she spoke to the man she had loved, lived with, and raised three children with for 30 years.

Just like that Vladimir disappeared from Natalia and her sons' lives. Natalia took Vasily to New York to get ready for school in September. While she was gone, Vladimir had the family home torn down.

Natalia had a lot to deal with. Vladimir not only robbed her of a home, but he immediately cut off her access to the couple's bank accounts. Then she found out about his request to back date the divorce. This, of course, was a power play to protect his assets. That date in 2007 was before Vladimir and his business partner, Mikhail Prokhorov, split and divided their company.

This being Russia, the court ruled for Vladimir and declared the termination date of the marriage was in 2007, not 2013. Natalia presented a ton of photos showing that they were living together, going on vacation together, living a normal life up until that evening when Vladimir filed for divorce. The court chose to rule for President Vladimir Putin's friend. Funny how that happens in Russia, isn't it?

Vladimir and Natalia were married for 30 years. Everything he achieved, everything he earned, everything he acquired happened during their marriage. When it came time to offer Natalia a settlement – money that would support his children – he didn't offer a single penny. Of course, the Russian press reports things differently. Vladimir has good PR agents who know just how to spin things. They want the world to believe he is taking good care of his ex-wife and children. In reality, this man with a net worth of $14 billion kicked his wife and son out of their home and refuses to talk to them.

But wait, it gets worse. Vladimir also saddled Natalia with sham debts. The Potanins had several homes, including one in Skolkovo, where Natalia's 96-year-old mother lived. The house's title is registered to one of Vladimir's companies.

Vladimir and his lawyers created a sham debt by doing a fake sale of the house between two of his companies. The contract contains unlawful provisions, as well as totally impractical ones. Then, Vladimir said the sale of the house didn't go through because Natalia and her mother would not leave the house. Natalia was sued for damages and charges related to the cancellation of the sale. Natalia was held responsible for over $1 million even though the sale was entirely fabricated!

And, while Vladimir claims to be worth a fraction of what his ex-wife believes him to be, he has signed The Giving Pledge, which stipulates that members give away most of their fortunes during their lifetimes.

How can all of this happen? Don't forget that Vladimir Potanin is a prominent businessman and part of President Vladimir Putin's inner circle. Things in Russia do not proceed on logical paths. Oligarchs reign supreme. People go missing. Strange things happen in Russia.

Natalia has been embroiled in the case against her ex-husband for more than two years. From day to day, she doesn't know what tricks to expect next. Some days she wakes up and her water or electricity have been shut off.

While Natalia continues her push to get her ex-husband to negotiate a reasonable settlement, she no longer subjects herself to the Russian hijinks. She has moved to London and has bought an apartment – with a mortgage – like a normal person. She feels safer in London than in Moscow.