Meet Miriam Adelson: The Casino Heiress Who Is Now The 5th Richest Woman In The World

Miriam Adelson is the widow of casino tycoon Sheldon Adelson. Upon his death in January, she inherited the bulk of his fortune. At the time that would have been $40 billion. Today Miriam Adelson's net worth is $34 billion. That's enough to make her one of the 40 richest people on the planet. She is the fifth-richest woman in the world.

Who Is Miriam Adelson?

She was born Miriam Farbstein in Tel Aviv in 1945 to parents who fled Poland before the Holocaust. Her grandparents and extended family were murdered in the Holocaust. She grew up in Haifa, where her father owned and operated a chain of movie theatres.

She got her bachelor's degree in microbiology and genetics at the Hebrew University of Jerusalem and her M.D. from Tel Aviv University's Sackler Medical School. After medical school, Miriam worked as an emergency room doctor at Rokach Hospital in Tel Aviv. She eventually rose to the position of chief internist at the hospital's emergency room. She married Dr. Ariel Ochshorn and had two sons. They divorced in the early 1980s and she moved to New York City to become an associate physician specializing in drug addiction in 1986. She was set up on a blind date with Sheldon Adelson in 1989 after he told a friend he'd like to date an Israeli woman. 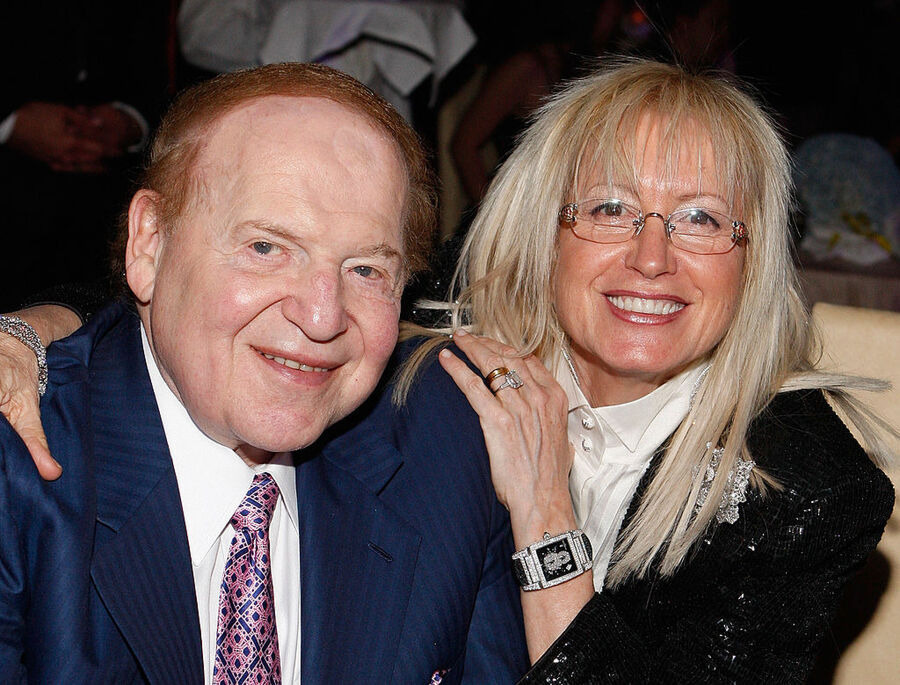 Miriam and Sheldon married in Jerusalem in 1991 and honeymooned in Venice. This trip actually inspired Sheldon to create a hotel and casino modeled after an Italian city. The result was the Venetian hotel and casino.

The Venetian revolutionized the Las Vegas hotel industry. Gone were ratty motels with cramped rooms and no amenities. In came grand resorts where the rooms were palatial palaces of luxury. Construction was complete in 1999. By 2003, the Venetian had 8,000 suites and a casino floor that had as much square-footage as two football fields.

Miriam founded an addiction treatment clinic in Tel Aviv in 1993 and a second one in Las Vegas in 2000. She and Sheldon had two sons.

Sheldon and Miriam were known to be generous supporters of Donald Trump before and during his Presidency. In the 2020 election cycle alone, the Adelsons donated nearly $173 million. The Adelsons have given $308 million in political contributions over the last 30 years.

Miriam is a strong supporter of Israel and admitted her heart has always been in Israel and she got "stuck" in the U.S. after meeting Sheldon.

In a 2012 article in Fortune, Miriam said,  "Sheldon is everything to me. He is my best friend, as I know I am to him, and he is a 'mensch.' He claims that I'm an angel and I say he is the 'wind beneath my wings.' In any case, we are on a magnificent flight together."