By Amy Lamare on November 19, 2015 in Articles › Billionaire News

New York real estate billionaire Larry Friedland didn't set out to be in the business he's in. He actually intended to become a pharmacist. In the 1950s, he was in school studying for that career, when he met a man named Nathan Miller. Miller was a New York real estate expert. He could take an address and tell you everything you could ever want to know about it – the size, the architect, who had jumped off its roof, etc. Miller's knowledge excited and inspired Friedland. He was hooked on real estate instantly, and his career as a pharmacist was a thing of the past, as he entered the crazy world of Manhattan real estate.

In 1962, Friedland bought a number of storefronts in Harlem that were anchored by Bickford's Coffee Shop. His mentor, Nathan Miller, brokered the deal. Friedland needed three mortgages and a loan to pay the $400,000 asking price. (That's $3.1 million in 2015 dollars.) Fast forward 50 years to 2012 when Friedland bought a three story, pre-war colonial on Madison Avenue for $141.5 million. This time, he paid cash. Let's take a look at how Larry Friedland went from pharmacy student, to billionaire New York real estate mogul. 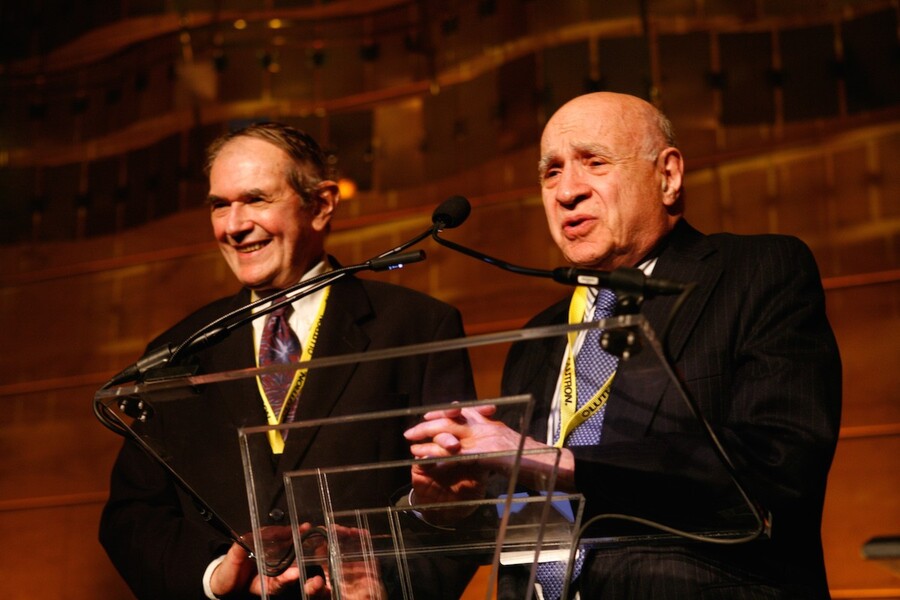 Friedland founded Friedland Properties with his late brother, Melvin in 1960. Today he is the biggest retail landlord on Madison Avenue, with more than 20 buildings. The Friedland portfolio of properties also includes New York City parking garages and lots, as well as two luxury apartment buildings. Friedland has a rental strategy of letting his commercial properties stay empty until he gets the tenant and rent he wants. Friedland can endure lengthy vacancies due to his enormous holdings – most of which are debt free. Friedland has an idea of the kinds of tenants he wants and he handpicks them to keep Madison Avenue vibrant. To Friedland, that means no delis.

Early in his career, Friedland was on vacation in Puerto Rico and he noticed how many Banco Popular branches there were. He walked into one and told the manager he had a great location for the bank in New York. The bank ended up moving into one of Friedland's Harlem properties. From that time on, Banco Popular began financing his real estate deals.

Friedland bought his first Madison Avenue property in 1965. At the time, the famous street was filled with drug stores, mom and pop clothing stores, and hardware stores. It wasn't until the 1990s that Madison Avenue became a chic destination for luxury brands. In that way, Friedland is a bit of a fortune teller. He's had an uncanny ability over his 55-year career in real estate to figure out what is going to be hot and trendy down the road and get in when the getting is cheap. He is also patient. He sees the potential and snaps up the property when it is undesirable and cheap. That's what he did on Madison Avenue.

Friedland is largely considered the gatekeeper to the best retail locations in New York City. His Madison Avenue properties alone are worth $1.6 billion. Annual rents on the stretch of Madison Avenue from 57th to 72nd streets average over $1,600 per square foot. Friedland's current Madison Avenue tenants include Kate Spade, Dolce & Gabbana, and Ralph Lauren.

Friedland is old school. He's fond of handshakes to seal a deal and leaves the rest up to the attorneys. Phone calls from realtors are rarely answered. Instead, Friedland continues to emulate his mentor Nathan Miller and begins each day with a review of every single sale of every building in the city. When a broker calls, he immediately knows if the deal makes sense for him or not.

Friedland isn't interested in moving into any of New York City's rapidly gentrifying neighborhoods  such as Brooklyn and Queens. He prefers to be an expert in a small area and compares those boroughs to being as far away as Idaho.

Friedland's properties are valued at $3 billion.