Meet Jyoti Bansal And His Version Of The American Dream

Patience is a virtue and timing is everything. Jyoti Bansal knows both of these things first hand. He graduated from the top engineering school in India with plans to move to America and pursue his version of the American Dream in Silicon Valley. He was fascinated with startups and wanted to be a part of that fast moving, creative, groundbreaking world.

Bansal arrived in the United States on July 4, 2000. He immigrated to the land of the free on an H1-B visa – typically, it's the only way a foreign national can work long-term in America. The problem is, people in the United States on an H-1B are not permitted to start a company under the terms of that visa. Jyoti had half of his dream, as he was working at a startup in America. However, he really wanted to be working at his own startup, not someone else's. 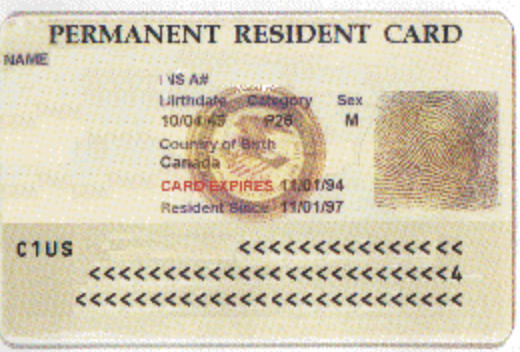 Photo via the public domain in the United States because it is a work prepared by an officer or employee of the United States Government as part of that person's official duties under the terms of Title 17, Chapter 1, Section 105 of the US Code/Wikimedia Commons

Jyoti waited seven long years for his green card. He wanted to leave his job and start the company he'd been dreaming of, but he couldn't. The process was frustrating and many of the other people that he met along the way who were also going through the green card process got so frustrated, they gave up and returned to their native countries. A huge part of your life – your future – is out of your control while you wait for the green card. Jyoti didn't know if he would be able to remain in the U.S. and start his business, or if he would be denied and forced to return to India.

Finally, in 2007, Jyoti received his employment authorization document. He quit his job. He passionately believes that the tech industry is about talent and that the U.S. needs an immigration plan that continues to bring the best tech talent in the world to this country.

Jyoti founded AppDynamics in 2008. Today, the company employs more than 900 people and has a valuation of $1.9 billion. AppDynamics provides a 24/7 service for websites. It is like an MRI for a website, scanning constantly and picking up small problems before they cause issues and anger customers. It is designed for very large companies, like HBO, a client of Jyoti's. AppDynamics ensures that HBO's streaming works smoothly for the company's online clients. AppDynamics also works with eight of the top 10 banks in the U.S. and Europe. In the past eight years, Jyoti has received more than 30 patents for his complex software systems.

Jyoti Bansal recently stepped down as CEO of the company he waited so long to found. He is now the executive chairman of the board and chief strategist of AppDynamics. He is looking to the future and the next company he will start in the United States.