Billionaire John Catsimatidis came to the U.S. from Greece when he was six months old. By the time he was 24, he was a millionaire. Today, Catsimatidis has a net worth of $2.3 billion. His empire includes more than 300 Red Apple Kwik Fill gas stations, United Refining Company, and Gristedes Foods – the largest grocery chain in Manhattan, among other endeavors.

Catsimatidis's grandfathers immigrated to America in 1913. Catsimatidis and his parents joined them in 1949. His father had been a lighthouse keeper in Greece. In New York City, he worked two jobs to pay the rent, put food on the table, and send his only son to college. Catsimatidis enrolled at NYU to study engineering, but dropped out during his junior year to open his first grocery store, even though he was just eight credits shy of a degree. His parents were heartbroken. They had worked hard to give their son every advantage and in their minds, being a grocer wasn't good enough for him.

Catsimatidis bought his first store for $10,000 payable at $1,000 a month for 10 months. The store owner, who was like a big brother to him, could not stand to do business with his uncle anymore and begged the young Catsimatidis to take over the store. He was Catsimatidis's first mentor. He taught him how to run a store. The decision to drop out of college was a no-brainer for him. He was making $1,000 a week at the store. Electrical engineers were making $129 a week. 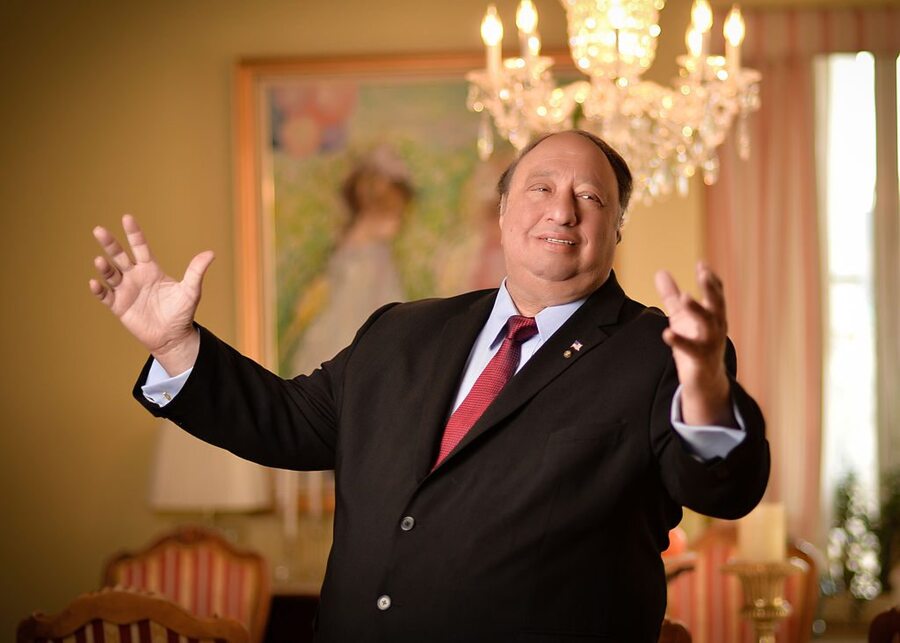 Flash forward to 1985. Catsimatidis bought Florida's Pantry Pride supermarkets from Ron Perelman. Perelman took Catsimatidis's money and bought Revlon. Lest you feel like Catsimatidis got the raw end of the deal, he considers this his big break. He made a lot of money on that deal.

Over the years Catsimatidis has been involved in a number of business. He had Capitol Airlines and sold it. He bought United Refining out of bankruptcy and saved 5,000 jobs. He started an airline in Canada that became the country's third-largest carrier. He started the company that eventually became NetJets. And he bought the Gristedes supermarket chain. He did all of this in an 18-month period.

Catsimatidis also owns more than 300 Red Apple gas stations. What sets his gas stations apart from the pack is the fact that they only sell North American oil. He made a deal with Canada for their crude oil delivered through a pipeline that originates in Alberta, Canada. The oil is then refined by Americans making Catsimatidis's oil 100% American-made oil. Other gas stations use oil that comes from a number of places, including Saudi Arabia. Catsimatidis would like to end North America's dependence on Saudi Arabian oil by 2020. He calls this plan Independence Day 2020, when Canada and the United States will declare oil independence from the Middle East.

When Catsimatidis 's father came to the U.S., he worked as a busboy for $100 a week. As heartbroken as Catsimatidis's parents were when he dropped out of college, he eventually made them proud, going from a small apartment in Harlem to a $2.3 billion fortune. If he can end the U.S. dependency on Saudi Arabian oil, he will certainly have cemented his legacy for generations to come.