By Amy Lamare on February 18, 2021 in Articles › Billionaire News

Did you catch billionaire Jared Isaacman's television commercial during the Super Bowl on Sunday? He bought a 30-second spot to tell people about "the world's first all-civilian" space mission. He bought all four seats on the upcoming SpaceX mission dubbed Inspiration4. Why? Well, it's all for a good cause! He's hoping to raise $200 million for St. Jude Children's Research Hospital to fight childhood cancer. He's so serious about this mission that he donated the first $100 million himself. The mission will take place aboard a SpaceX Dragon rocket and is set to launch at the end of 2021. Not only will this mission fulfill Isaacman's goal of raising money for St. Jude, but it will also be the culmination of a dream he's had about going to space since he was a little kid.

Fewer than 600 people have been to space since the first manned space flight in 1961. Now, in 2021, we're entering a whole new era of space travel with it opening up to commercial flights for regular people (who can afford it). Jared Isaacman will be one of the first non-astronauts to travel to outer space. He and three other people will be the passengers on the first of many commercial space flights. The Inspiration4 will orbit the Earth. So who is Jared Isaacman? 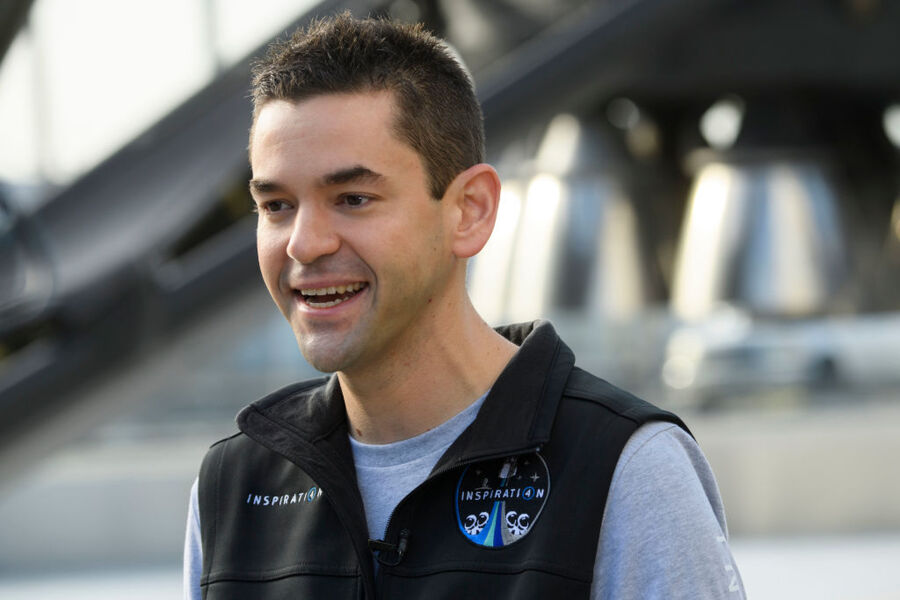 Jared Isaacman was born on February 11, 1983, in New Jersey. He attended high school in Far Hills in Somerset County, New Jersey. As a young teenager, Jared began working on computers doing technical support and repairs. By the time he was 16, he received a full-time job offer from one of his clients and decided to drop out of high school to pursue the opportunity. He got his GED and was on his way.

He founded his first company in 1999 out of his parents' basement. That company evolved into the retail payment processing company in 2005, called United Bank Card. The company was later renamed Harbortouch, and renamed a third time Shift4Payments. The company is a point-of-sale payment company similar to PayPal. Isaacman is the founding CEO and he remains CEO to this day. By 2020, Shift4Payments was processing $200 billion in payments annually in payments every year for a third of the U.S.'s restaurants and hotels, including the Hilton, Four Seasons, and fast-food chains like KFC and Arby's.

Isaacson is also a pilot. He co-founded Draken International in 2011 with Sean Gustafson and Scott Poteet. Draken trains pilots for the U.S. Military and provides tactical aircraft. Draken owns a fleet of roughly 70 fighter jets, which is largely considered to be the largest privately-owned air force in the world. Isaacman used to fly with the civilian aerobatic flying team called the Black Diamond Jet Team.

Isaacson is married with two daughters and has what seems to be an unquenchable thirst for adventure. In 2008, Isaacson attempted to set the world record for flying around the globe in a light jet as part of a fundraising event for the Make-A-Wish foundation. He narrowly missed his goal with a flight time of 83 hours. The existing record at the time was 82 hours. He tried again the following year and did it. He circumnavigated the globe in a light jet in just 61 hours, 51 minutes, and 15 seconds – more than 20 hours faster than the previous world record. This attempt was also a fundraising event for the Make-A-Wish Foundation of New Jersey. Isaacman flew a Cessna Citation CJ2 in his world record flight. On his second attempt, he skipped stops in Japan and India, where he had encountered long delays on the ground during his 2008 attempt at the world record.

Isaacman is also a self-professed "space geek" who has dreamed of going on a space flight since childhood. This is the main reason he jumped at the chance to be a passenger on SpaceX's first commercial space flight. He bought all four seats on the Dragon Capsule for an undisclosed price, though he has commented that it was less than the $200 million he hopes to raise for St. Jude Children's Hospital. So far, the identities of the other three passengers are unknown. The first is a woman, who is a healthcare worker at St. Jude Children's Research Hospital. The second passenger for the third seat on Inspiration4 will be someone who donated to St. Jude's – everyone who donates by a certain date will be entered into a random drawing. (Note: my mom disclosed to me that she donated to St. Jude's recently and I told her she would be entered into this drawing.) The last seat will go to a business owner to uses Shift4Payments. The three passengers' identities will be revealed in March. The spacecraft will orbit the Earth in a journey that is expected to take between two and four days.