By Amy Lamare on November 8, 2016 in Articles › Billionaire News

The days when Janet "Miss Jackson if you're nasty" Jackson paraded around in skimpy clothing and bared her nipple during the Super Bowl halftime show are long over. Miss Jackson is now Mrs. Wissam Al Mana and the 50-year-old and her 41-year-old Qatari born billionaire husband recently confirmed that they are expecting their first child. The pair was spotted out and about in London recently and Janet was the absolute picture of Muslim modesty.

Her husband is believed to be the driving force behind her new look. During the London outing, she was covered up in a Muslim style dress. But who is the dashing billionaire who finally tamed Miss Jackson? 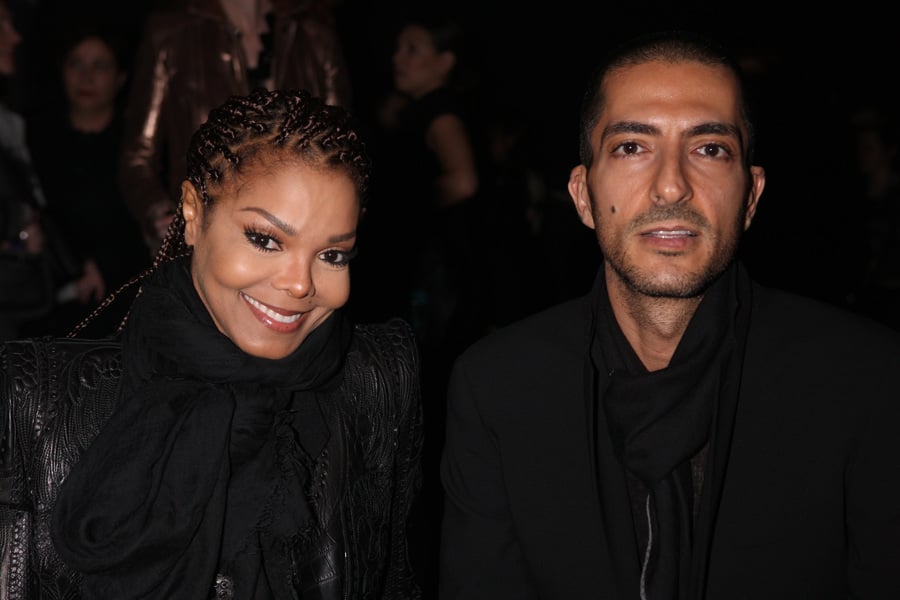 Wissam Al Mana was born in Doha, Qatar in 1975. His family moved to London when he was just two years old. He attended college at George Washington University in Washington D.C. and got his Master's degree at the London School of Economics. After college, he went to work for the family business—the Al Mana Group. The company was founded by his father Saleh Al Hamad Al Mana and is now owned and run buy Wissam and his brothers Hisham and Kamal.

Wissam is the executive director of the company. The Al Mana Group owns and operates Harvey Nichols, Saks Fifth Avenue, Hermes, Giorgio Armani, Dolce & Gabbana and a host of other stores and luxury brands. Al Mana exclusively operates Infiniti, Nissan, Renault and National Car Rental in Qatar. In 2016, Al Mana entered into a deal with the NBA to open the first physical retailers for NBA branded merchandise in the Middle East.

Wissam is basically the polar opposite of the Jackson clan. He is very private and rarely grants interviews. He is deeply committed to his religion. In fact, when the Al Mana Group launched a food division, he made it a company edict that they not deal with any brands that carried pork or alcohol as it is against his religion.

Janet and Wissam met in 2010 at the opening of a hotel in Dubai. They dated for two years before they secretly married.

Janet has been married twice before. She married singer James DeBarge in 1984, a union that was annulled a year later. She married Rene Elizondo Jr. in 1991 after years of dating and that marriage ended in 2000.

Reportedly, Janet has converted to Islam since marrying her billionaire in 2012. When she visits his family in the Middle East, she doesn't wear makeup, takes out her hair extensions, and wears traditional Muslim clothing. Janet has become a student of Islam and has been studying the religion at length. Something tells us, unless this relationship goes south, Miss Nasty and her provocative dance moves are a thing of the past.