By Amy Lamare on April 1, 2016 in Articles › Billionaire News

When Donald Trump called for the banning of Muslims in the U.S. last December, Hussain Sajwani sat back and waited. He was overseeing the construction of a project that is extravagant even by Dubai's grandiose standards. The 964-acre community will feature villas, mansions, apartments, and a retail mall. But the trump card (pun intended) of the development is a golf course bearing Donald Trump's name – a name long associated with success in this Arab country. In fact, Sajwani has been called Dubai's Donald Trump in terms of his shrewd marketing and portfolio of properties. As to the unfortunate timing of the naming of his golf course, Sajwani said "We made a deal with Trump as an organization; they know how to run golf courses. We stay away from politics."

Keeping his eye on business has been good for the real estate tycoon. His Damac Properties made $2.3 billion in revenues in 2015, with net margins over 50%. His company has developed 15,500 apartments since 2002 and has another 40,000 apartments under construction or planned across the U.A.E. and abroad. The incredible success of Damac earned Sajwani a spot on the World's Billionaires list this year with a net worth of $3.2 billion. 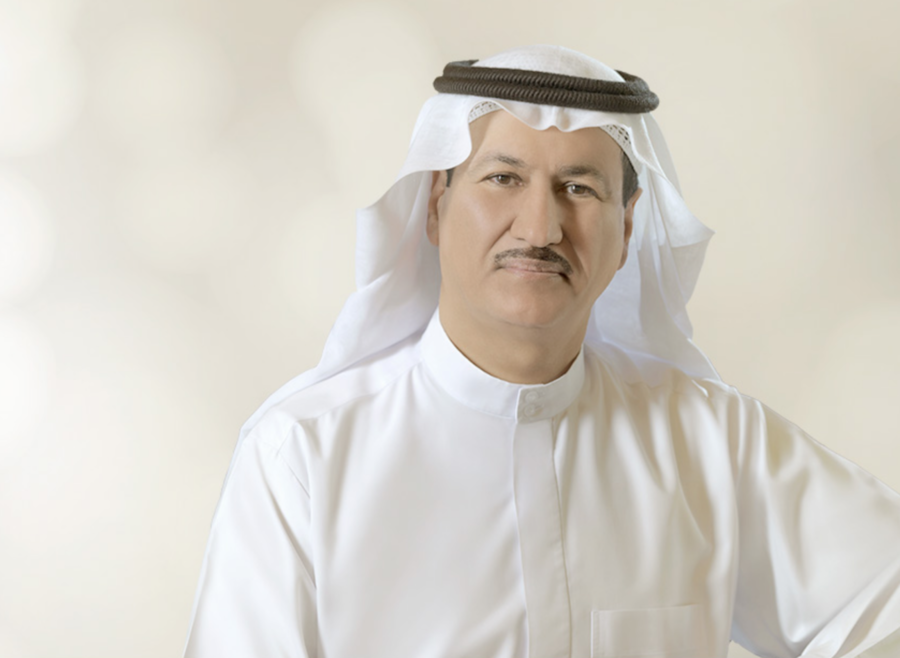 Hussain Sajwani grew up in a middle class family in Dubai. His father sold watches, shirts, and goods imported from China at the local souk. Sajwani would often visit his dad's shop after school. His mother sold products door-to-door to the women in their neighborhood. Sajwani was a good student and in 1978 he received a scholarship from the government to study in America. He went to Atlanta for a few months to master English, then enrolled at the University of Washington and got his degree in industrial engineering and economics. He made spending cash while in college by selling time share apartments in the United Arab Emirates on the side.

After his graduation, Sajwani went to work on contracts in the finance department at Abu Dhabi Gas Industries. He saw how much money could be made selling services and quickly came to the conclusion that he'd be better off starting his own company. Two years later he quit his job and started a catering business in Abu Dhabi. He used the money he'd earned selling time-shares as his capital. His catering business was very successful. His company, which is still in operation today, supplied meals for American armed forces in Kuwait, Afghanistan, Saudi Arabia, Qatar and Bosnia.

In the mid-1990s, Sajwani started developing small hotels in Dubai. Then, in 2001, the Dubai government began to allow foreigners to own property and Sajwani saw dollar signs. He immediately turned his attention to snapping up parcels of land and selling luxury real estate. Sajwani founded Damac Properties in 2002 to develop apartment towers on some land he'd picked up in the then undeveloped Marina area. He used the strategy of selling the apartments before they were actually built. This allowed him to use the buyers' down payments to fund construction. His first tower, the 38-story Marina Terrace, was 100% sold in less than six weeks.

In order to stand out in the crowded field of luxury real estate in Dubai, he came up with bold and creative marketing campaigns. For the past decade Damac Properties has offered a free BMW or Lamborghini to apartment buyers during the month of January, when the annual Dubai Shopping Festival takes place. At other times of the year, the company gives away free Jet Skis. Last year, for a limited time, people who bought a mansion or villa from Sajwani also received a free studio apartment. To lure lucrative Chinese buyers, Damac launched a two month promotion this past December that gave airline tickets, a hotel stay, and a visa for Dubai to prospective residents who reserved an apartment.

Sajwani's marketing efforts are relentless. He competes with two larger, wealthier developers—Emaar and Nakheel. To create buzz for his properties, Sajwani has blanketed Dubai with Damac Properties billboards. There are 166 billboards selling his luxury lifestyle.

Dubai wasn't immune to the effects of the global recession and there were a few tough years for Sajwani and Damac. He knew he was in trouble the day after Lehman Bros. filed for bankruptcy in 2008. He was thousands and thousands of miles away from New York City and he was sure it would not be long before Dubai would feel the effects. He had recently put down payments on a number of parcels of land. He called the sellers and asked to return the land. He lost his down payments in this process. Damac had to lay off hundreds of employees. Dubai real estate took a sharp downturn in price. He was sued over construction delays. Damac could not deliver properties on time. He paid out $710,000 to one Canadian buyer and settled confidentially with a German buyer who had an agreement (and money) in place for 22 units in four of his high rise buildings.

In 2011, Sajwani was ready to leave the difficult years behind and begin preparation for his next Dubai project. In October 2012 he entered into a deal with the government to buy $350 million of land, payable in installments. This is the property featuring the Trump branded golf course.

Just last month, Sajwani bought another 92 acres of land along the Dubai Canal. The price? $330 million. Clearly he believes that there are still plenty of people he can convince to buy into his vision of a luxury lifestyle.