There has been a huge increase of interest in winter sports in China since Beijing was awarded the 2022 Winter Olympics. Zhou Yunjie (pronounced Joe), is a lifelong hockey fan. Zhou is the chairman of Beijing based ORG Packaging and has a net worth of $1.2 billion. He wants to bring professional hockey to the world's biggest market: China.

It's not as far fetched a plan as you think. The NBA has been in China for more than 20 years now the preseason NBA China Games has been going on for a decade. The NBA is a big part of Chinese culture.

Now Zhou wants to do the same thing with the NHL in China and, not surprisingly the NHL loves the idea. The NHL is hoping to hold exhibition games in China next fall between the Los Angeles Kings and Vancouver Canucks. 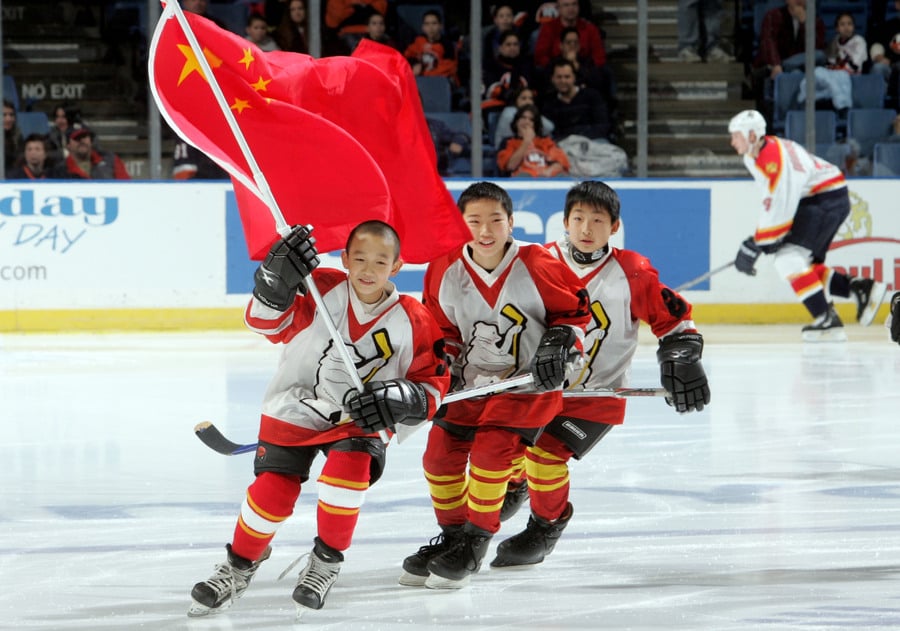 Zhou Yunjie is a 55-year-old self-made billionaire. He and his mother founded ORG in 1984 starting the company with just four employees. Today, the company is publicly traded and has 4,000 employees with client such as Coca-Cola, Budweiser, Red Bull, and Campbell's Soup.

Zhou has been playing hockey (he's a goalie) since he was 12 years old. He watches NHL games regularly and is interested in sharing the game he loves with his country. The Chinese government has plans to build 200 to 300 indoor ice rinks over the next few years. Zhou, through ORG, sponsors young players to travel to North America for skill development clinics with NHL teams. There are 100 youth hockey clubs with 2,000 members in the Beijing area alone. That number can only grow with state sponsorship of hockey.

Zhou has set up hockey clinics in China for this coming summer. He's arranged for former NHL players and coaches to travel to Beijing to run the clinics.

However, development of a sport that basically doesn't exist in China takes time. Right now, without rinks to play the sport in, development is slow. But if the government does get those ice rinks built, it will help.

There is one Chinese player in the NHL currently. Andong Song was drafted two years ago by the New York Islanders. Song was born in Beijing and started playing hockey there. The now 20-year-old's family moved to Canada when he was 10 to further develop his hockey skills. Maybe Song can do for hockey in China what Yao Ming did for the NBA in China.

For now, Zhou will keep forging ahead and making plans with the NHL's higher ups. With 1.4 billion people in China, the NHL is sitting on a gold mine of potential profits.