Meet The Billionaires Who Want To Buy The Carolina Panthers

The Carolina Panthers have more suitors than the most popular debutante heading to her ball. Billionaire bidders include an internet entrepreneur, hedge fund manager, and financial services CEO. All of the potential new owners have strong backgrounds in sports through stakes in other teams or their family background.

The three strongest bidders for Jerry Richardson's team include hedge fund manager David Tepper, who we recently reported was a likely shoe in as new owner; Charleston, South Carolina businessman Ben Navarro, and Philadelphian Michael Rubin, an e-commerce mogul. All three men are self-made billionaires that pulled themselves up from a lower or middle class childhood to a billionaire today.

Jerry Richardson has put the team up for sale amid allegations of sexual misconduct in the Panthers' office. Richardson is the only owner the Panthers have ever had. He was awarded the franchise in the NFL's 1993 expansion.

The new owner should be chosen soon so that the NFL team owners have the chance to vote to approve the sale during their May 21-23 meetings in Atlanta.

The team has an estimated net worth of $2.3 billion.

Let's take a look at the backgrounds of the three leading bidders for ownership of the NFL's Carolina Panthers. 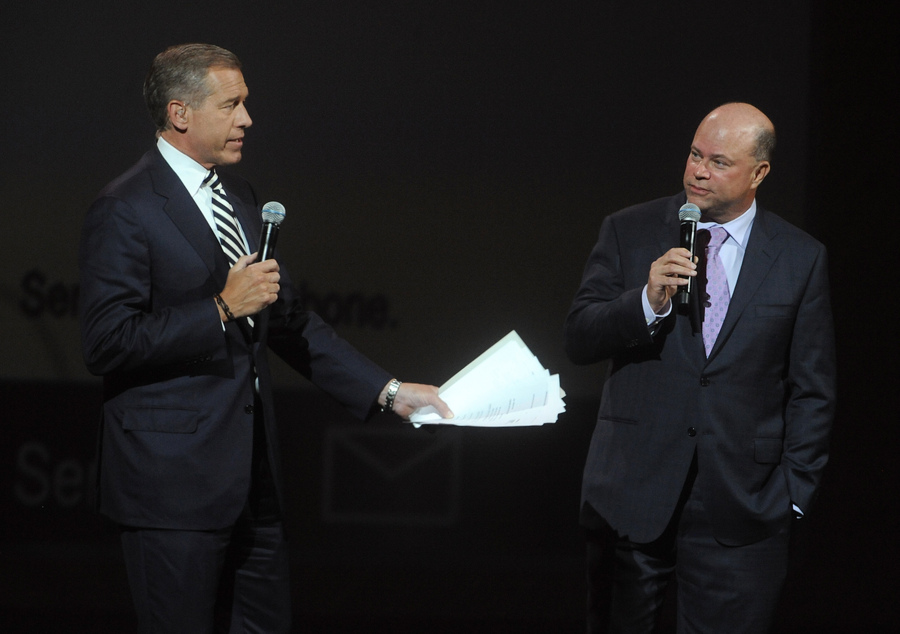 David Tepper is the billionaire founder of Miami based Appaloosa Management. Tepper is a minority owner of the Pittsburgh Steelers, giving him familiarity with NFL ownership. This should aid him in getting the 75% approval of the NFL's 32 owners that he will need. This isn't the first time a minority owner of another team sought to buy his own team. Cleveland Browns owner Jimmy Haslam, who bought that team in 2012, also had a minority stake in the Steelers.

David Tepper grew up in a lower middle class neighborhood in Pittsburgh. He put himself through the University of Pittsburgh with an on campus job in the fine arts library. The now 60-year-old has always been good with numbers. He got his degree in economics and went to work as an analyst for credit and securities at a bank before going on to get his MBA at Carnegie Mellon. After grad school, Tepper worked as a junk bonds analyst before being hired by Goldman Sachs. He left Goldman Sachs when he was passed over for a promotion. In 1993, Tepper launched Appaloosa Management, a hedge fund that has approximately $17 billion in assets under management today.

Tepper bought a 5% state in the Pittsburgh Steelers in 2009. His investment in that team is currently worth $122.5 million. In order to buy the Panthers, Tepper will have to sell his stake in the Steelers, per NFL rules.

Net Worth: estimated at $3 billion

Ben Navarro waited tables as an undergraduate at the University of Rhode Island in the early 80s as a means of putting himself through school. He also became a young entrepreneur constantly coming up with ways to make his tuition payments. He came up with an idea to approach local businesses about a VIP card that would offer students discounts and Navarro would receive a fee for use of the card. After college he began a career on Wall Street. In 1997 he launched Sherman Financial, a consumer finance company that is the ninth largest credit card provider.

Navarro lives in Charleston, South Carolina. He has established Meeting Street Schools, an education non-profit that started three South Carolina schools for low income, minority students. His sports background links back to his childhood when his dad was an Ivy League football coach.

In 2005, Sherman Financial expanded with its purchase of Credit One bank, a company that issues credit cards to credit challenged borrowers.

The 55-year-old graduated from Princeton High School at a time when his dad was Princeton University's head football coach. His dad also coached at Williams College, Columbia, and Wabash College. Navarro played football in high school and today is an avid runner who's run more than 12 marathons.

Michael Rubin grew up in Philadelphia and is an owner of the Fanatics sports merchandise retailer and a co-owner of the Philadelphia 76-ers. The 45-year-old began his entrepreneurial career early. As a kid, he sold stationery door-to door. When he was 13, he was running the local mall's ski shop. He attended Villanova for one year, but then dropped out to focus on entrepreneurial adventures. He founded KPR Sports, which distributed off brand sporting goods and footwear. The company later was renamed GSI Commerce. Rubin sold GSI to eBay for $2.4 billion in 2011. Today, he owns a private company called Kynetic. That company owns three Internet business: Fanatics, Rue La La, and Shoprunner.

Fanatics manufactures its own merchandise and sells it online. The company is also partnered with sports leagues, including the NFL to run their e-commerce sites. Fanatics has a valuation of $4.5 billion after a $1 billion investment last year run by SoftBank's technology investment fund. The NFL was one of the investors in that deal.

Rubin has reportedly lined up a partner for his bid, Joseph Tsai, the minority owner of the Brooklyn Nets and a co-founder of Alibaba. It is also rumored NBA player Steph Curry and P Diddy are part of the group Rubin is putting together in his bid to buy the Carolina Panthers.