By Amy Lamare on July 2, 2018 in Articles › Billionaire News

It's not a stretch to say no one expected the NHL's Las Vegas Golden Knights to be in the Stanley Cup Finals, least of all their owner, billionaire businessman Bill Foley. Back in 2014, when the plan for a Las Vegas expansion team was just getting off the ground, he told ESPN that his dream would be to be hoisting a Stanley Cup within eight years of seeing the first puck dropped on the ice in Las Vegas. He came very close to achieving that goal during the team's inaugural season.

The Las Vegas Golden Knights became an official expansion team on June 22, 2016. Just a year ago the team hadn't even held its expansion draft. Largely considered to be a wild experiment—it is the first professional sports team to call Las Vegas home, the Knights have quickly become a fan favorite. Las Vegas sports books placed the Knights' preseason odds of winning the Stanley Cup at 500-1. No one saw this season coming. Just nine months ago, Foley told ESPN:

To be clear, the Las Vegas Golden Knights scored the fifth most in the NHL this past season with 268. 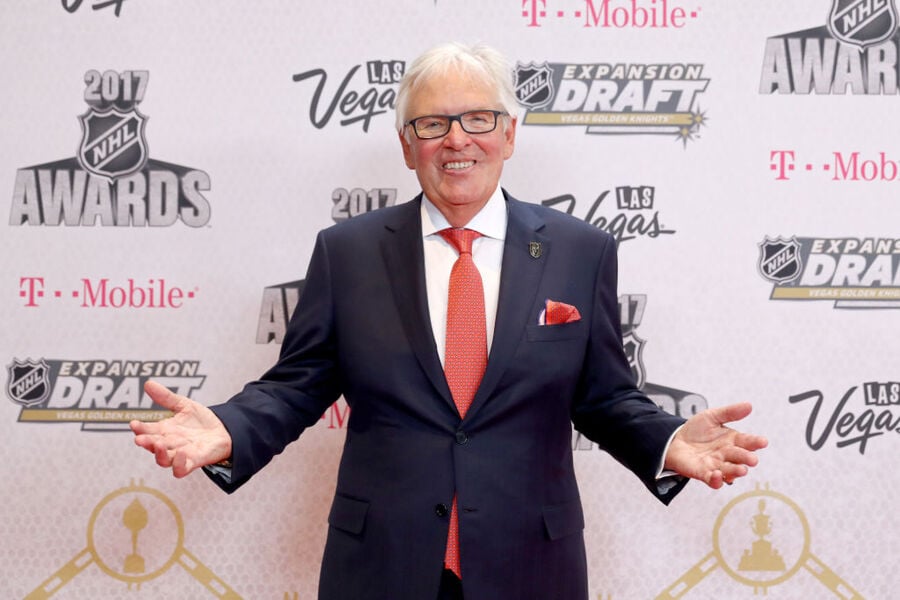 Foley is a billionaire businessman who grew up in Texas in a family that had been ranchers for generations. He spent time in Ottawa when his dad, a member of the U.S. Air Force, was stationed there. He picked up a love of hockey in those years in Canada. He went to West Point for undergrad and to law school at the University of Washington. He made $40,000 playing the stock market while at West Point. He bought then struggling insurance firm Fidelity National Financial Inc. and built it into a Fortune 400 company. He remains chairman of the company to this day.

After Foley stepped away from the day-to-day operations of Fidelity, he decided to turn his attention to one of his passions: wine. He has aggressively bought millions of dollars of distressed wineries and vineyards in California and other places, including New Zealand. One of the labels he now oversees is Wayne Gretzky Estates. The hockey great and Foley have been friendly for a number of years. Gretzky thinks highly of Foley. Could there be a better endorsement in the sport?

Foley is the father of four grown children and splits his time between Las Vegas, Northern California's wine country, Jacksonville, and Montana.

He penned a heartfelt letter to the fans of the Golden Knights before the Stanley Cup finals. He thanked them for their "loyalty, passion, and enthusiasm" in a letter that ran in the Las Vegas Review-Journal. In the wake of the October 1st shootings, the team has given the city something to focus on that is fun and positive.

Foley expects the Golden Knights to be even better next season.