Meet 7 Of The Sanctioned Russian Billionaires

In April, the U.S. Department of Treasury announced new sanctions against 17 senior officials in the Russian government, seven Russian oligarchs, and the 12 companies those billionaires own or control. The Treasury Department worked with the State Department in determining and issuing the sanctions. All of the Russians who have been sanctioned are also on the list of 210 prominent Russian politicians and businessmen that were identified by the State Department as having prospered under Putin's reign.

The following seven Russian billionaires are currently sanctioned by the U.S. Government

Kirill Shamalov is the son of Rossiya Bank shareholder Nikolai Shamalov, who is a longtime friend of Putin. Kirill is Putin's daughter Katerina's ex-husband. The former couple married in 2013 and divorced sometime in 2016 or 2017. He became vice president of Russian petrochemical company Sibur at 26. He sold a 17% stake in Sibur when he divorced Putin's daughter.

Arkady and Igor Rotenberg are father and son and buddies with close friends of Vladimir Putin. Arkady used to be Putin's judo sparring partner. He was also the target of 2014 sanctions by the U.S. and Europe after the Treasury Department accused Putin of awarding Rotenberg and his brother billions of contracts for the winter Olympics in Sochi. When those sanctions were levied, Arkady transferred assets to his son Igor. Assets transferred included the family's stakes in road construction company Mostotrest. 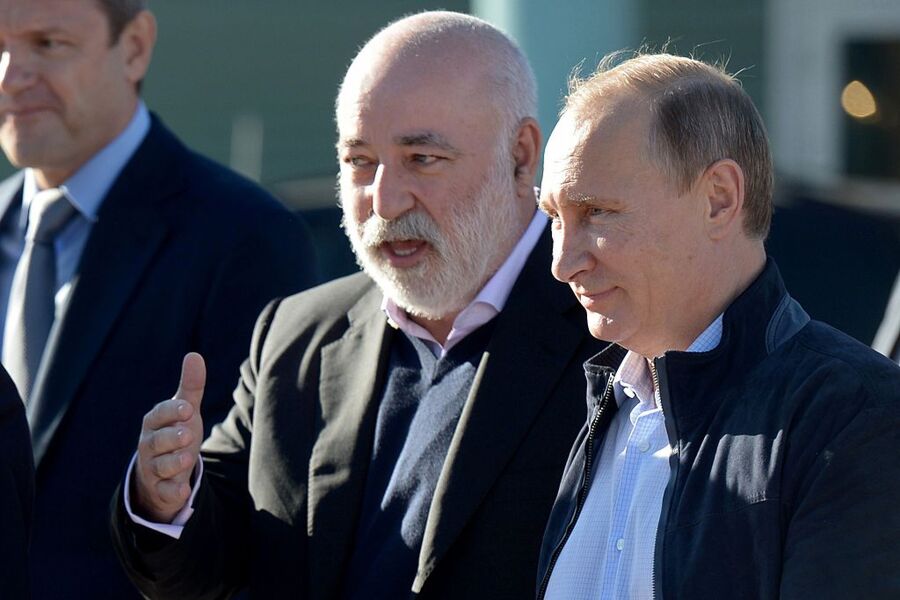 Vladimir Bogdanov received the Gold Star of Hero of the Russian Federation from Putin in 2016 for "special labor service for the country and people." He is an oil magnate.

Suleiman Kerimov made most of his fortune from his 82% stake in Polyus, Russia's largest gold producer. Last December he was detained by the French police at the airport in Nice as part of a tax-evasion investigation. He was held for questioning in a case related to tax fraud and money laundering. The investigation reportedly centered on the purchase of several expensive homes on the French Riviera. French prosecutors allege that Kerimov bought these homes through shell companies in order to reduce taxes owed to France.

Oleg Derispaska is a person of interest in the Russian election hacking investigation being led by special counsel Robert Mueller. He has direct ties to former Trump campaign manager Paul Manafort. He is accused of money laundering, bribing government officials, ordering the murder of a businessman and links to a Russian organized crime group. Derispaska led the consolidation of Russia's aluminum industry. He has always been the face of Russian metals across the globe. He spent decades cultivating the U.S. and other Western business circles and the sanctions immediately wiped all that out. He may be able to continue to do business in Russia, but he has been crippled elsewhere in the world by the sanctions.

Andrei Skoch is a member of the Russian parliament. He is a deputy minister in the Russian State Duma. He also owns a stake in Metalloinvest, Russia's largest iron ore company.

Viktor Vekselberg's journey to becoming one of Russia's richest men follows what is a familiar trajectory in that country: he took advantage of the fall of the Soviet Union. He went about buying parts of Russia's huge resource sector, which were carved up and privatized in the 1990s. He sold scrap copper from cable wires. Then he moved on to buying aluminum smelters in Siberia. Then he founded the oil and metals company Renova Group, which is headquartered in Switzerland. In 1997, he became a stakeholder in TNK-BP, a joint oil venture. In 2012 he sold his stake in the venture with the British oil giant to Rosneft, the Kremlin controlled oil behemoth.