By Amy Lamare on November 23, 2020 in Articles › Billionaire News

It was just announced that the world's largest candymaker, Mars, will acquire Kind, the maker of healthy snack bars in a deal that values Kind at $5 billion. Daniel Lubetzky founded Kind in 2004. In 2017, Mars Inc. bought a minority stake in the company. Lubetzky will keep a stake in the company and continue to be involved. Prior to the acquisition, Lubetzky owned 51% of Kind. Jacqueline Mars and John Mars own one-third of Mars which makes $35 billion annually. The rest of Mars is owned by the four adult children of Jacqueline and John's late brother Forrest Jr. Their grandfather founded the company.

Daniel Lubetzky founded Kind in 2004 with $100,000. In 1994, 25-year-old Lubetzky invested $10,000 in savings to start PeaceWorks, marketing, consulting, and distribution company. He consulted for people and companies, helping clients find more cost-efficient supply chains that also fostered collaboration between conflicting groups (like Israelis and Arabs). PeaceWorks branded the food items, highlighted the social mission, and sold them in the U.S. By the late 1990s, PeaceWorks' hit $1 million in revenue. It was during this time that he was inspired to start Kind. 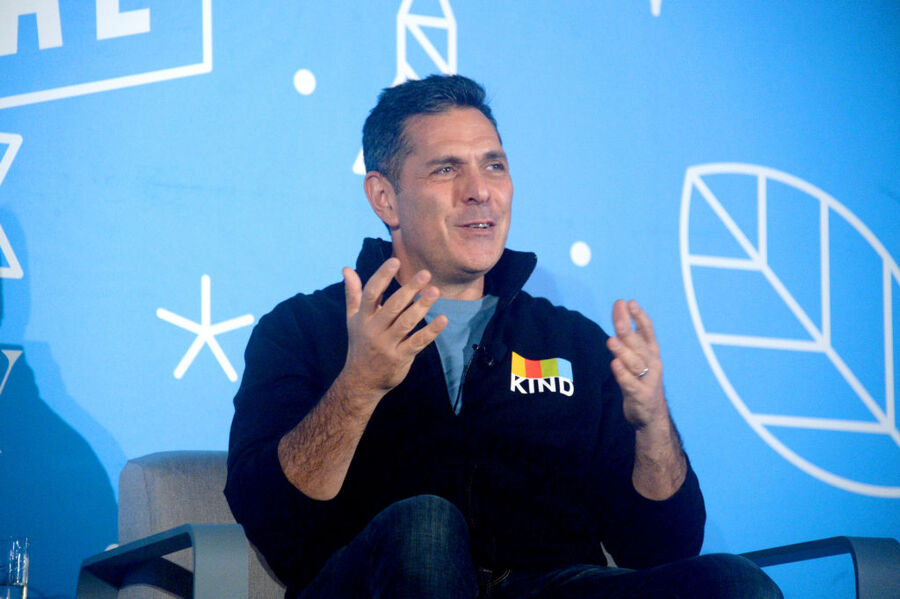 He was traveling across the globe and couldn't find anything that was wholesome, convenient, tasty, and healthy. He wanted to make something he would eat. In the late 1990s he came across a bar with nuts and fruit in Australia and set out to replicate it in the U.S. He took $100,000 of PeaceWorks' profits and started Kind in 2004. At first, he focused on small, high-end stores where he already had relationships from his time with PeaceWorks. He went to Whole Foods in Los Angeles and Denver and helped managers stock shelves, invited himself on their lunch breaks, and insisting that they try samples of his snack bar until they placed an order.

Today there are more than two dozen different varieties of Kind bars made with nuts, dried fruit, chocolate, or honey. They are sold in Whole Foods, convenience stores, REI, Target, and Starbucks. They are on Delta flights. Kind is one of the top five bestselling snack bars on the market. That market saturation brought Mars Inc. to Kind's front doors.  The M&M's maker bought a 40% stake in the company for an undisclosed sum in 2017. Today, Kind's sales are at $1.5 billion. Lubetzky's net worth prior to the acquisition is also $1.5 billion.

The Mars family is the 3rd wealthiest family in the world with a combined $90 billion net worth. The Mars family, of course, is the family behind the sweet sweet candy empire that has brought us Snickers, M&Ms, Milky Way, Twix, and so many other treats. Mars, Inc. is the sixth-largest privately owned business in the U.S. Mars Inc. is in its fourth generation of family leadership.

Mars, Incorporated was founded by Franklin "Frank" Mars. Frank was born in 1882 in Minnesota. As a young boy, he learned to hand dip chocolate candy from his mother. By 1910, he was selling candy wholesale in Tacoma, Washington. In 1920, he moved to Minneapolis and founded the Mar-O-Bar Co. to manufacture and sell chocolate candy bars. The company later incorporated and became Mars, Inc. In 1923 he made a candy bar that was his son Forrest's idea – the Milky Way. It became the company's best-selling candy bar. Mars introduced the Snickers bar in 1930. Frank Mars died from a heart attack at age 50 in 1934 and passed the family business down to his son Forrest Mars, Sr.

Forrest. Sr. raised his three kids: Forrest Jr., John, and Jacqueline to be frugal and private. They were sent to the best schools but taught by their father never to trust outsiders – especially the press. Forrest Mars, Jr. died in 2016. Victoria Mars is the current chairman of the company, a position her father Forrest Mars, Jr. and grandfather Forrest Mars, Sr. once held. She attended Yale and received her MBA from the Wharton School at the University of Pennsylvania. She has spent her entire career in the family business and has been chairman of Mars, Inc. since 2014.