Mark Zuckerberg's Net Worth Jumped $2.76 Billion Thanks To His Congressional Testimony

By Brian Warner on April 10, 2018 in Articles › Billionaire News

Mark Zuckerberg had a tough day. He spent several hours fielding questions from angry Senators at a Congressional hearing. The hearing was to address the ongoing data "Cambridge Analytica" scandal that enveloped Facebook last month. Today was not a walk in the park for Zuck, but he seemed to handle the onslaught of tricky questions pretty well. Wall Street certainly appreciated Mark's testimony, and sent the price of Facebook shares up by 4.5% on the day. So what does that mean exactly for Mark Zuckerberg's net worth?

According to the company's most recent proxy statement, Mark Zuckerberg owns 13% of Facebook. When Facebook went public in 2012, Mark finished the day with a net worth of $20 billion. Over the next few months, his net worth actually dropped to $9 billion as Facebook had a rocky start in the public markets. That was the low point. From July 2013 onward, Facebook's stock went on an incredible run. His net worth jumped from $13 billion to $30 billion to $40 billion, year over year over year. 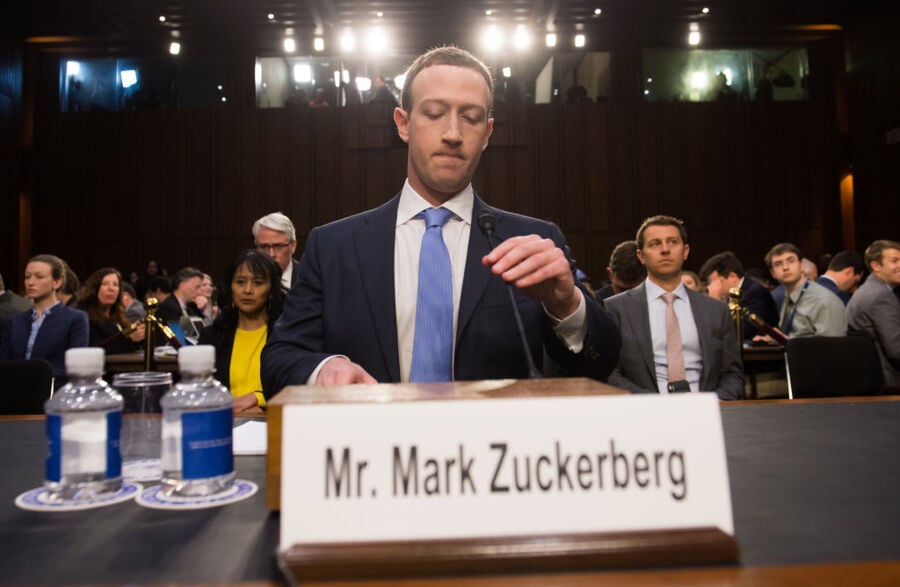 Going into today's testimony, Mark Zuckerberg's net worth was $64.26 billion. By the time the markets closed (he was still testifying), his net worth had increased by $2.76 billion to $67 billion. FYI, that's $10 million per minute of testimony, $166,000 per SECOND.

A lot of people were predicting a much worse outcome for FB and Zuck. Had this broken a different way, through a blunder or just general market discomfort, it's not impossible to imagine Facebook stock dropping 10% from Mark's testimony. All in all, this is the best outcome.