By Brian Warner on March 20, 2018 in Articles › Billionaire News

Mark Zuckerberg and Facebook are not having a very good week. In fact, they are having the worst 48 hours in the company's history. Tech insiders and many regular consumers agree that Facebook's brand has been irreparably damaged as a result of an extremely embarrassing data loss scandal involving a research firm called Cambridge Analytica. To make matters worse, no senior member of Facebook's executive team, including Mark Zuckerberg and Sheryl Sandberg, has made a peep since the scandal broke, which has left Wall Street running for the hills. The avalanche of seemingly-never-ending bad news has tanked Facebook's stock and taken a dagger to Mark Zuckerberg's paper net worth.

Yesterday we reported about how negative press and increased calls for government regulation had wiped off around $6 billion in net worth from Mark's bottom line. The bleeding has not stopped. As of this writing, Facebook's stock is down another 5%, on top of yesterday's 7%, which means a total of $9 billion has been wiped off of Mark Zuckerberg's net worth in under a day.

In just a few days, Mark's net worth has dropped from $75 billion to $66 billion. The $9 billion he's lost is greater than the entire net worth of all but 170 of the world's 1000 billionaires. That's enough to buy the Cowboys and the Yankees, together.

In what is now looking like really awkward timing, Mark Zuckerberg has been selling stock in his own company faster than pretty much anyone on the planet as part of a planned divestiture. In September 2017, Mark announced that he would sell 35 million shares over 18 months to fund his philanthropic efforts. Mark sold 228,000 shares in March 8, 220,000 on March 9 and 245,000 shares on March 14. In total he sold 1.14 million shares at an average price of $183 resulting in $210 million. FYI – today Facebook's stock is trading at $163, so Mark's timing (while very planned out) is looking a little strange.

Those 35 million shares that Mark plans to sell over 18 months are now worth $1.7 billion less than when he made his announcement in September. 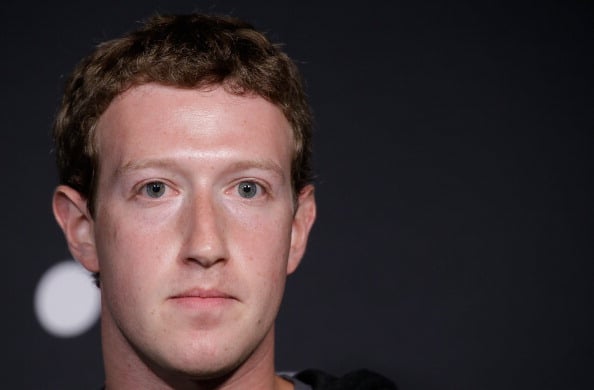 All the bad news can be traced back to the data collection firm Cambridge Analytica (CA). The long story short is that back in 2015, a professor at Cambridge University released a Facebook app called thisismydigitallife. The app was downloaded by 270,000 people. Those 270,000 people allowed CA to access their entire FB account. CA was given access to the downloader's gender, birthday, location and every single like they had ever given on Facebook, every article they ever read. To make matters worse, Facebook's API at the time allowed people to give apps permission to access their friends' data as well. So those 270,000 intentional downloads ultimately turned into 50 million Facebook user profiles being downloaded.

Believe it or not, there was nothing wrong or illegal in what the professor did up to this point. Facebook was fine with the data being used as long as it was for academic purposes. The problem occurred when the professor transferred or sold the data to third parties, including Cambridge Analytica. That violated Facebook's rules.

Cambridge Analtyica allegedly tapped into the psychological profiles of those 50 million Facebook users to craft politically motivated ads, content and memes. Cambridge Analtyica was reportedly paid to help promote the Brexit campaign and Donald Trump's Presidential campaign. Cambridge disputes that they were involved in Brexit and that they did not use this alleged FB data as part of their work with Donald Trump's election.

Facebook reportedly knew that 50 million profiles had been stolen back in 2015 and when the company discovered what had happened, they sent Cambridge Analtyica a checkbox form that asked them to promise that they had deleted the information.

They did not delete the information.

To me this isn't a political issue. It's an issue of trust and data security. It's insane that Facebook at any time allowed a third party to acquire so much data from its users with the click of a button. And the fact that Facebook didn't force all those companies to delete their data over the last 3 years is outrageous.

Understandably people are upset. There are calls for Mark Zuckerberg to appear before congress and there are politicians who are already making moves to attempt to regulate the social network like a utility.

Do you think this is the end or beginning of bad news for Facebook?