By Amy Lamare on January 21, 2017 in Articles › Billionaire News

Well, Mark Zuckerberg is having a good year so far – a really good year. In the first two weeks of 2017, the Facebook founder's net worth grew by nearly $5 billion. That sum just about covers the losses Zuckerberg suffered right after the U.S. presidential election. After the election on November 8th, shares of Facebook (and other tech companies) tanked. Zuckerberg lost about 7% of his net worth at the time.

The surge in his net worth is due to higher revenues from Facebook and a rise in stock price. Shares closed Friday, January 13th at $128.34 — not far off from its all-time high of $133, back in October. Zuckerberg owns 410 million shares of his company. 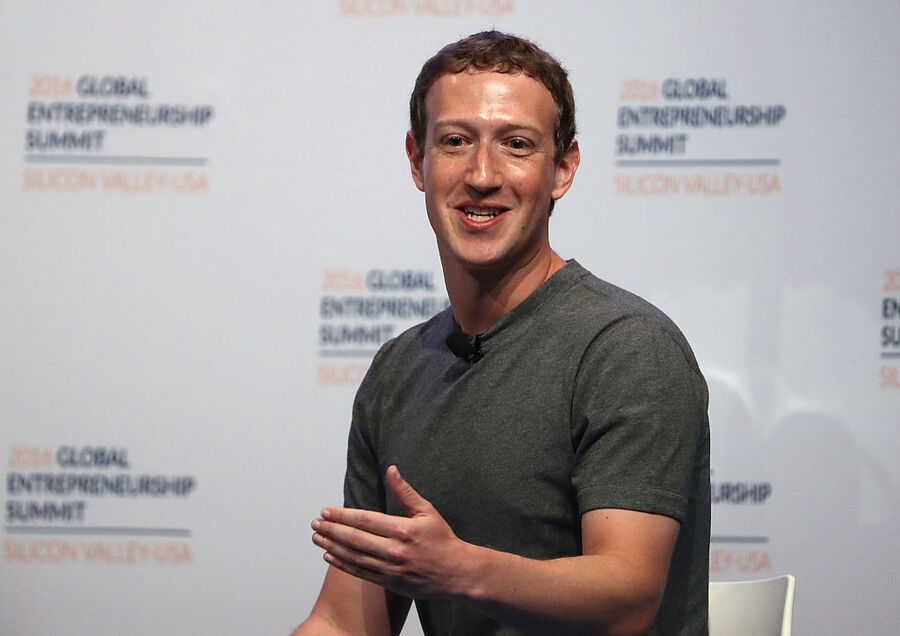 Zuckerberg's $5 billion jump outpaces the surges of any other billionaire for the period from January 3rd to January 13th.

Mark Zuckerberg has a net worth of $50 billion. He is the sixth-richest person in the world and he is well situated to become the fifth-wealthiest, as he trails the net worth of Carlos Slim Helu by just $2 billion.

Zuckerberg, of course, famously founded Facebook when he was a 19-year-old Harvard student. Since that time, he has seen his net worth climb every year to become one of the wealthiest people in the world.

In other Zuckerberg news, he is on his way to Dallas to testify on January 17th in a lawsuit that alleges that Oculus VR, a company Facebook acquired, is based on stolen technology. The case was filed more than two years ago by game developer ZeniMax against Facebook. ZeniMax is seeking $2 billion in damages from Facebook. Oculus VR was acquired by Facebook for $2 billion in March 2014.