By Joseph Gibson on July 19, 2019 in Articles › Billionaire News

Beautiful Lake Tahoe, stretching across the border between California and Nevada in the Sierra Nevada Mountains, has long been a premiere vacation destination for travelers all across America. But Jim Dobson of Forbes has noticed that it has become particularly attractive of late to ultra-wealthy billionaires like Mark Zuckerberg, Larry Ellison, and more, all of whom are "collecting so many properties along the lake like players in an extravagant game of Monopoly."

The most popular spot along the shores of Lake Tahoe for billionaires is in a place called Incline Village, Nevada, informally known as "Billionaires Row" or "Income Village." Its status as a haven for billionaires goes back to the days of Howard Hughes, who once lived in a kind of luxury log cabin in the area (and which recently sold for $17.5 million), and now includes residents like Larry Ellison, David Duffield, Michael Milken, the heirs to the massive Walmart fortune, and several others. Casino billionaire Steve Wynn had a lakefront property there until recently, when he let it go for the price of $31 million. Larry Ellison owns multiple plots of land around Lake Tahoe, and has announced plans to construct a luxury hotel where the historic Cal Neva Lodge once stood. 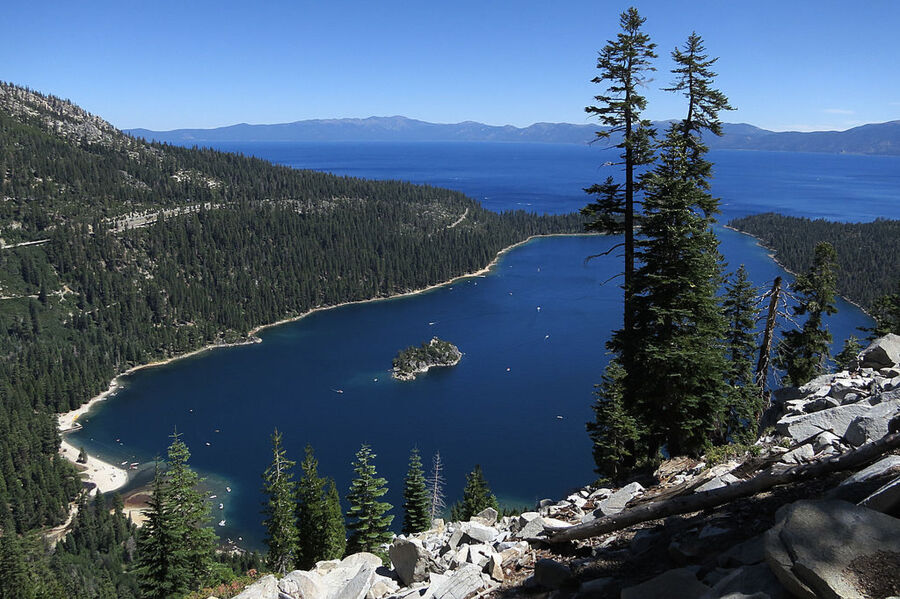 Zuckerberg, reportedly the "newest billionaire in town," snapped up two adjacent Tahoe City properties for a combined price of $59 million: Brushwood Estate, which cost him $37 million, and Carousel Estate, which cost him $22 million. He's said to be planning to construct a massive compound across the two properties. Next door to Zuckerberg's land, a "mystery corporation" dropped $41.5 million on a plot of land, and there are rumblings that Elon Musk is also looking at purchasing some property nearby.

No one seems to know exactly why Lake Tahoe is attracting so many billionaires, but it may have something to do with tax advantages of having property in Nevada – or maybe there's just something in the water.