Mark Zuckerberg Has An Impressive (And Envious) Real Estate Portfolio

Mark Zuckerberg has had a busy year and we're not talking about all the issues at Facebook. Earlier this year, the 34-year-old and his wife Priscilla Chan closed on $59 million worth of real estate on Lake Tahoe's West Shore. The deals were kept hush hush through the use of an LLC, a very high end wealth manager, and a number of nondisclosure agreements. Those NDAs stipulated that photos of the homes in the real estate listings must be scrubbed from the internet. It isn't terribly unusual for the very rich to hide their identities when purchasing real estate and other expensive investments. Zuckerberg's however, is a lot more aggressive than usual. Other properties in the Zuckerberg Chan portfolio include homes in San Francisco, Palo Alto, Kauai, and of course, the newly purchased Lake Tahoe compound.

When it comes to the kind of houses Zuckerberg gravitates towards – they aren't flashy. Rather, he tends to prefer understated properties that don't attract attention. Like some super-wealthy people, he also tries to by neighboring properties so that he can control his privacy. He also likes his properties to be surrounded by foliage or fences to block the homes from view. 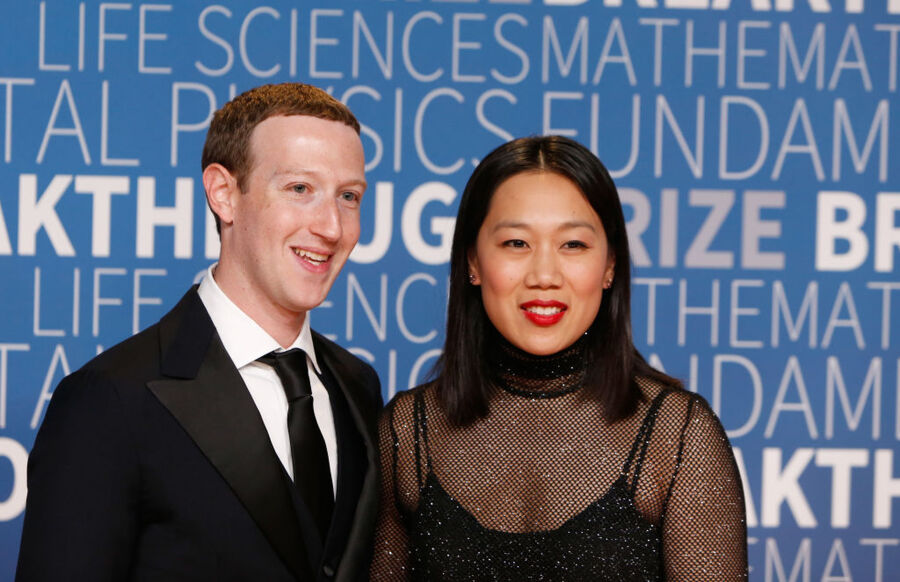 Zuckerberg's main residence is in Palo Alto, California. The city is home to Stanford University and only three miles from Facebook's headquarters in Menlo Park. In 2011, he bought a five bedroom home for $7 million. Then, he and Chan bought up four neighboring houses for $43 million, which was way above market value, even for the pricey Silicon Valley town. They paid $14 million for a 3,800 square foot home that last sold for $1.2 million in 1995. In 2016, the Zuckerberg Chan family filed plans to tear down the four houses and replace them with smaller, single story structures.

Zuckerberg also has a home in San Francisco's Noe Valley, a popular and expensive neighborhood with a family friendly, laid-back vibe. He bought his San Francisco home for $9.9 million in 2012. It was a record for the neighborhood at the time. The 9,800 square foot lot has a  two story house that was built in 1928 with 70 feet of sidewalk frontage. In 2016, an anonymous letter was circulated around the neighborhood urging neighbors to report what they felt were his illegally parked SUVs.

Mark Zuckerberg's Hawaiian estate was bought for more than $100 million in 2014 and is 700 acres of beach-side property. Four parcels of that property – about two acres – are known as the Kuleana lands and they were granted to native Hawaiian families in the late 1800s and passed down from generation to generation over the years. For more than 100 years, the property has been partially owned by the Rapozo family.

In 2016, Zuckerberg partnered up with Carlos Andrade, a member of the Rapozo family to file lawsuits against the other owners of the land to try and force the sale of the land. There was significant backlash for this action and Zuckerberg eventually dropped the lawsuits. Andrade continued with his lawsuits and a judge eventually ordered that the properties be auctioned off in March. Andrade won three of the parcels at auction for over $1 million. The opposing side of the family won a fourth for $700,000, which is located near the center of Zuckerberg's land. The family continues to fight over the land and what it will be used for.

In 2018, Zuckerberg added another 89 acres to his Hawaiian holdings for more than $45 million. Locals have said the compound he is building resembles an airplane hangar.

Zuckerberg's recently acquired Lake Tahoe property is made up to two private estates he bought over the course of a few months last winter in the Timberland area south of Tahoe City. Homes in this area rarely go up for sale. They are usually passed down through the same families. The area is known for old, understated money.

Zuckerberg bought the first property, known as the Carousel Estate for $22 million in December. The property dates back to 1930 and sits on 3 ½ acres with a pier large enough for a large yacht. The home has seven bedrooms. The second property, known as the Brushwood Estate, had been on the market for $45 million, but Zuckerberg picked it up for $37 million in January. The 6.2 acre property dates back to the 1920s. The main house is 5,322 square feet and has six bedrooms, a guesthouse, and a private dock.

Reportedly, Zuckerberg has been making overtures about buying a third property across the street from the two he already owns but hasn't closed a deal. Locals familiar with the deal believe that Zuckerberg plans to raze the properties and build a new house.