Mark Cuban Pays Out $30K For Swearing At Charity Event

By Joseph Gibson on November 28, 2015 in Articles › Billionaire News

As owner of the Dallas Mavericks, Mark Cuban has earned a reputation as a bit of a potty-mouth, paying out more than $2 million in fines for swearing during games in the last 15 years. But at a recent charity event for anti-online-bullying organization CyberSmile, Cuban took his foul mouthed antics to another level for a good cause. 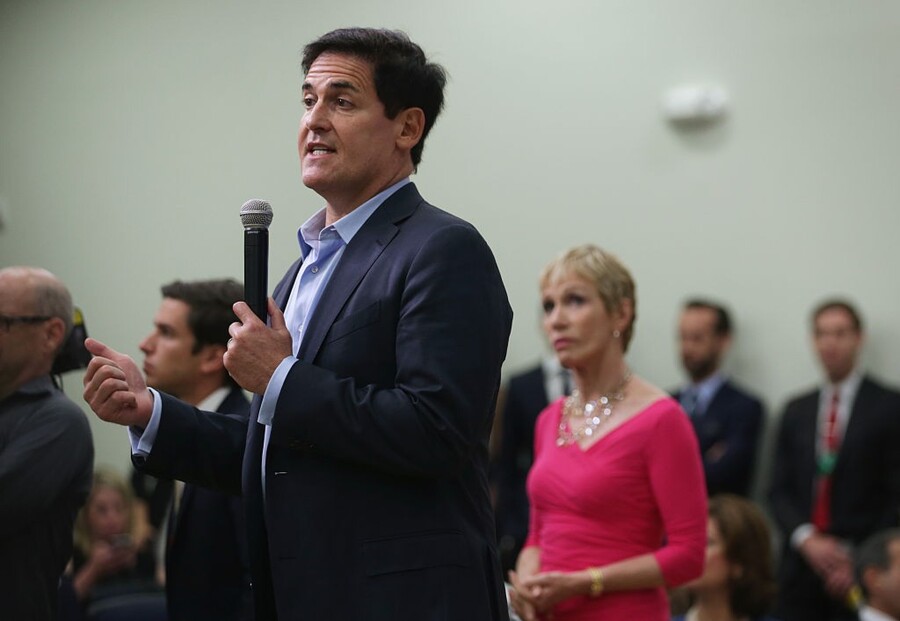 The CyberSmile event was a head-to-head competition between Mark Cuban, CEO of Intel Brian Krzanich in the online strategy game League of Legends. After Cuban came out on top, the host of the show, Kristine Leahy, informed him that due to some foul trash talk before the game, he had been issued a $15,000 fine for bad language. Here's how the exchange went from there:

"It's okay though because its going to a good cause, it's going to CyberSmile. Do you take back the F-bomb or are you standing by it?"

To which Cuban responds:

No participant in a charity event worth his or her salt could in good conscience pass up an opportunity like that, and as you can see in the video below Cuban took full advantage of the answer to his question (to say the least):

Not only is the $30,000 in fines going to a good cause, but it's clear that the crowd loved Cuban's cavalier attitude, and I'm sure their wild response to his second F-bomb of the night was priceless. Of course, with a net worth of $2.7 billion, Mark Cuban is the lucky individual who can swear wherever he wants, regardless of the situation, unless the NBA, FCC, or some other governing body starts handing out billion-dollar bad language citations.

As for CyberSmile, they doubtlessly appreciate the extra thirty grand racked up by Cuban's profanity, and it's too bad for them that he won the game – if he's lost, they might have had a shot at an extra six figures in fines.