By Amy Lamare on October 18, 2016 in Articles › Billionaire News

If you could make a serious fortune doing anything you wanted, what would it be? Obviously it should be something you really love, perhaps even making or selling something you use yourself. That's what John Morris did. He didn't like the lures and tackle that local stores were selling, so, in 1971, John Morris rented a U-Haul trailer and crisscrossed the U.S. in search of the newest and best premium fishing tackle he could find. When he returned home to Springfield, Missouri, he set up a small tackle shop in his father's liquor store. Before long, fishermen from out-of-state were traveling to Morris's small store.

Morris turned that small fishing lure and tackle business into the chain of massively popular Bass Pro Shops. He employs about 20,000 people and has become one of the richest people in the U.S. along the way. John Morris has a net worth of $4.9 billion and it is primed to grow even more now that he has purchased his main rival, Cabela's, in a $4.5 billion cash deal. This acquisition not only takes out his main competitor, it also doubles the number of stores in his fishing and outdoor equipment empire. 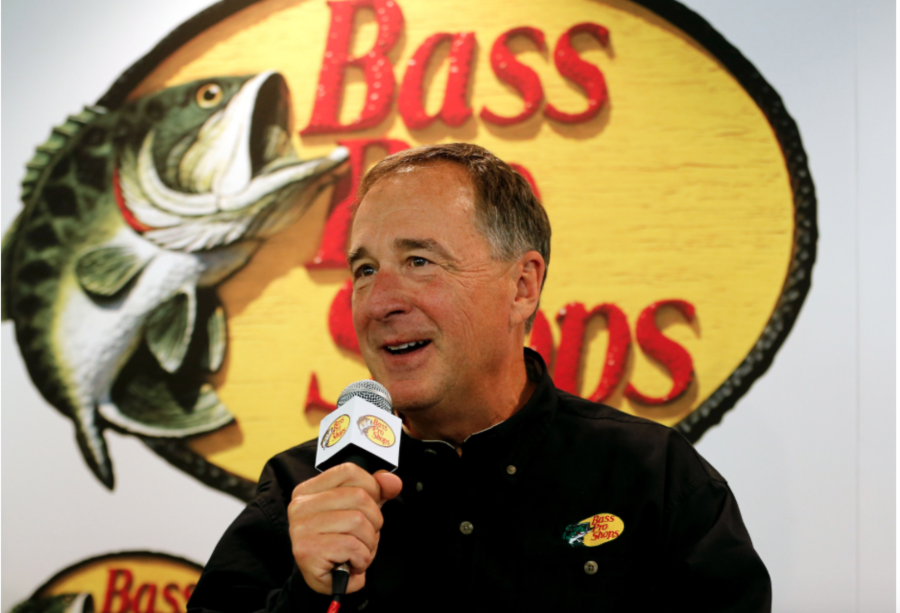 Morris and Bass Pro Shops are headquartered in Springfield, Missouri to this day. His shops compete with online retailers and WalMart Stores. He has tried to set Bass Pro Shops apart by building enormous stores that are like a Disneyland for fishermen. Some of his stores have salt water aquariums, waterfalls, and even ocean-themed restaurants and bowling alleys. It is more than a store, it is an experience.

At the Bass Pro Shop flagship store in Springfield, Morris built the National Rifle Association's National Sporting Arms Museum in 2013. He is a firearms collector. In Memphis, Morris took the Memphis Pyramid, a former sports arena and transformed it into a Bass Pro Shop, hotel, and restaurant complex. Morris also runs a 4,600 acre resort in the Ozark mountains near Branson, Missouri called Top of the Rock which features a restaurants named in honor of the late legendary golfer Arnold Palmer.

But it is more than just fishing rods and tackle for Morris. In 1978 he also got into the business of selling boats all fitted out for fishing. He called this arm of the business Tracker Boats. In the beginning he sold factory direct vessels and was able to undercut his rivals on prices. These days, the company, which was renamed White River Marine Group, is one of the largest boat builders in the U.S. In 2014, Morris build a custom boat called Tracker Bass Force One boat for former President George W. Bush, who is a longtime friend of his.

Morris is into more than just fishing. He's used part of his great wealth to fund and support his hobbies and passions. Bass Pro is a long time sponsor of Nascar racing and drivers Dale Earnhardt Jr. and Martin Truex Jr. On the more altruistic side, Morris is a big conservationist and promotes conservation efforts through his foundation, which also runs the Dogwood Canyon Nature Park in Missouri.

Morris credits his success to his father, who is not only real estate developer who owned a number of liquor stores and dry cleaners in Springfield, but who also cosigned the $10,000 loan that started John Morris's fishing tackle business.