Man Fishes His Way To Billion-Dollar Net Worth

"Go west, young man." It's an old saying, but one that many people have heeded since it was first uttered in 1851. One of those people is Trident Seafood founder Chuck Bundrant. In 1961, as a college freshman, he drove from Tennessee to Seattle with $80 in his pocket to make some extra cash fishing. He's been fishing ever since and he has made his $1.1 billion dollar fortune by convincing American to eat a trash fish.

Bundrant just intended to take a break from his pre-veterinary studies in Tennessee. He ended up in Bristol Bay, Alaska sleeping on docks and trying to grab any work that he could. He didn't know anything about fishing, boats, or catching crab and salmon and processing it. He just heard there was money to be made fishing and set out to make it. He never made it back to his college in Tennessee. After a few years, Bundrant wanted to start his own business in the fishing industry. He teamed up with two crab fishermen and the three pooled their money to build a 135-foot boat called the Billikin in 1973. That boat changed the seafood industry. 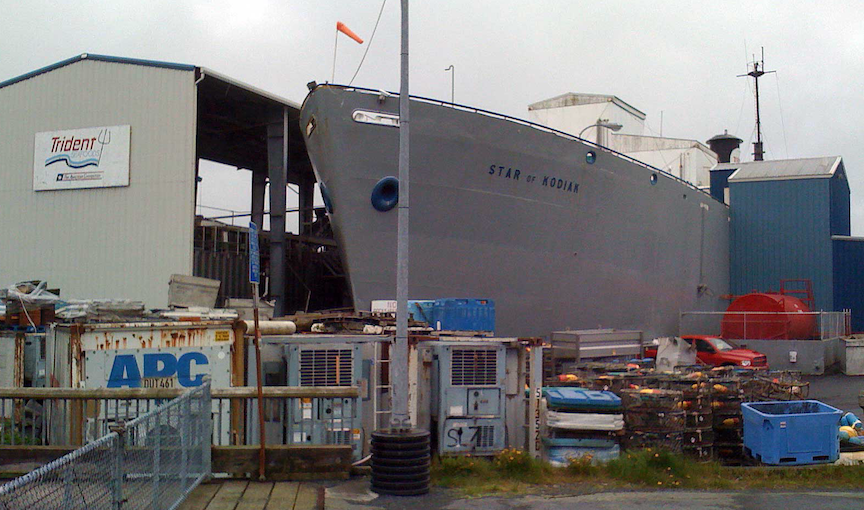 At the time, fisherman brought their catch back to the docks. There, processing companies pulled the crab meat out. This resulted in less time at sea for the fishermen. Bundrant built the Billikin with crab cookers and freezing equipment on board. This allowed his fishermen to stay out at sea. It was revolutionary.

However, by the early 1980s, the stock of crab had declined sharply. Bundrant decided to fish for pollock. Pollock was popular in Asia, but the U.S. largely thought of it as a trash fish. Bundrant was confident that once Americans had tasted it, they would like it. He made his first pollock sale to Long John Silver's. He served the fish to the fast food chain's CEO. The CEO thought it was cod, but it was pollock. After that, Bundrant also made sales to McDonald's, Burger King, and Costco. The pollock was cheaper than crab and is used in sandwiches, fish sticks, and imitation crab dips.

Once Bundrant had the fast food and Costco deals in place, Trident Seafoods became a major fish company. He not only fished, he processed the fish and marketed his own canned salmon and pollock fish sticks. Trident was also instrumental in limiting foreign competition. The company got together with other U.S. based fishing operations and convinced Congress to pass a law that pushed the boundary for foreign fishing boats to 200 miles offshore. Previously, that boundary had been just 12 miles.

Trident Seafoods has 41 fishing vessels, 16 processing plants, $2.4 billion in revenue last year, and has made Chuck Bundrant a billionaire. Not bad for a college freshman who started out with no knowledge of the fishing industry and just $80 in his pocket!