By Amy Lamare on October 25, 2018 in Articles › Billionaire News

MailChimp's founders didn't set out to build the world's leading email marketing company. When Ben Chestnut and Dan Kurzius launched MailChimp back in 2001, they were just trying to help the customers of their web design business. Chestnut and Kurzius's customers wanted an easier way to send out emails marketing their product or business. Chestnut dug up some old code he'd written for an earlier product. That discarded code became the starting point for the MailChimp email marketing service. Now, Chestnut and Kurzius have hit the list of the richest Americans for the first time since they launched MailChimp 17 years ago. Each have a net worth of $2.1 billion.

MailChimp remained a side project for Chestnut and Kurzius for years. Then, in 2007, they decided to close their web design business to focus on MailChimp. They had come to the conclusion that web design wasn't their passion. Helping small businesses grow was their passion. That said, email marketing wasn't the best thing to get into in 2007. For one thing, spam emails reached unprecedented levels that year. One study found that 95% of all of the emails sent in 2007 were spam. Also, companies that were better funded—such as Constant Contact, which raised $107 million in its October 2007 IPO—were already dominating email marketing. Nevertheless, they pushed on. 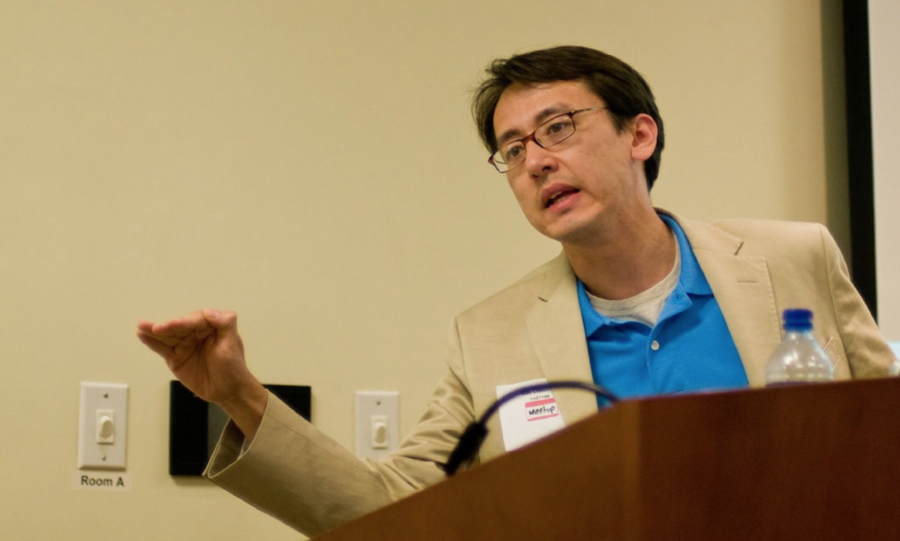 Ben Chestnut grew up in the small town of Hephzibah, Georgia, population 3,900. Thai Buddhists were not in great quantities in the small southern town. His father was an Army code breaker who had been sent to Southeast Asia during the Vietnam War. He met Ben's mother, a Thai cook, in Bangkok. The couple moved to the U.S. bringing two of Ben's mom's four kids from a prior marriage with them. Chestnut's dad taught on base at Fort Gordon. His mom set up a hair salon in the family's kitchen.

Ben grew up as one of the few Asians at his mostly white school. He was bullied for looking different, so he took karate lessons. It was during a karate class in high school that he met Teresa Urch, who would later become his wife. He studied at the University of Georgia and the Georgia Institute of Technology. After college, Chestnut went to work for the Cox Media Group in Atlanta in the late 90s. He was working on an early MP3 service for the cable giant. He needed a coder and a friend recommended Dan Kurzius, a sometimes DJ who was working in real estate. Kurzius thought it was a music related job. He programmed DJ sets. He didn't know how to program computers. So, he taught himself how to code and became Chestnut's partner.

Kurzius grew up in Albuquerque, New Mexico. His father ran a small bakery-deli that was eventually forced out of business by a big bakery chain. The stress of that failure led his father to have a fatal heart attack when Kurzius was 12 years old.

Cox's MP3 business didn't thrive, and Chestnut was laid off in 2000. He started Rocket Science Group, which was focused on web design. He later brought Kurzius into the business along with a tech guy named Mark Anderson who had gone to college with Chestnut. At first, the trio focused on selling web design packages to tech companies. Then the tech bubble burst (the first time). They started focusing on selling their product to travel agents and airlines. Then 9/11 happened. So, they pivoted to real estate. Fortunately for Chestnut, his wife's job as a pediatric nurse was able to sustain Chestnut and their two sons. Kurzius was also married with two daughters – his family scraped by. In 2008, Chestnut and Kurzius bought out Armstrong.

Chestnut and Kurzius found that they hated selling – especially to the Deltas and Coca-Colas and other enormous corporations that were based in Atlanta. They could only relate to small businesses. Those small businesses were always asking for email marketing.

That's when Chestnut remembered that old code from the digital greeting card business. He pulled out that code, freshened it up, and began telling their smaller customers about it. By 2006, the checks from this side project of email marketing were trickling in $10,000 and $20,000 at a time. Chestnut and Kurzius decided to make email marketing their main business. They called it MailChimp.

Chestnut and Kurzius didn't go out looking for investors. This is something Chestnut says was more due to ignorance. They'd just barely survived the dot-com bust and having seen super successful companies fail (Pets.com anyone?). They didn't understand financing. Then Constant Contact had their IPO in 2007 and venture capitalists began knocking on MailChimp's door. By not taking VC money, Chestnut and Kurzius were able to keep focusing on small businesses. Investors wanted them to turn their business into enterprise software.

The critical decision that became the tipping point for MailChimp was in 2009 when Chestnut decided to give their email marketing product away for free. The freemium plan directly tied the company's bottom line into the success of its small business's campaign successes. It worked. When they started, MailChimp had a few hundred thousand customers. Within a year, it was a million. A year later, it was two million.

Email marketing isn't the shiny new product on the block, but it is the steady one that works. In 2017, U.S. businesses spent $2.8 billion on email marketing. For one thing it is cheaper and has more return on investment than Google paid search results and Facebook ads.

Today, MailChimp is one of the most successful small businesses in the U.S. Except is isn't exactly small. MailChimp has 700 employees, 16 million customers, and 14,000 more who sign up for it every day. MailChimp is profitable, still completely owned by co-founders Chestnut and Kurzius, and is growing by $120 million each year. In 2017, MailChimp was on track to do $525 million in revenue and its co-founders are billionaires