How Taking Magic Mushrooms Led To A Billion Dollar Fortune

Crazier still, you could earn your billionaire status thanks to a fateful hallucinogenic trip on magic mushrooms… 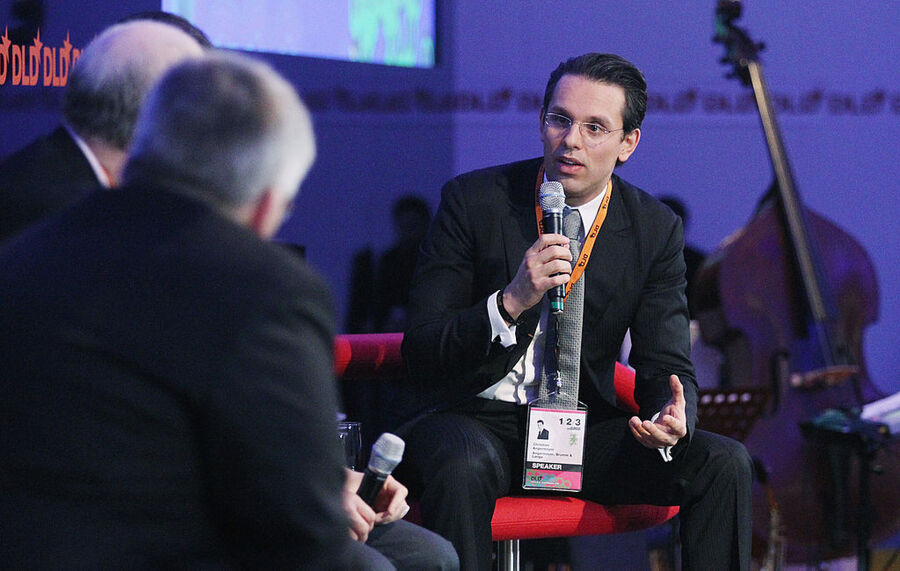 The Makings Of A Future Billionaire

Christian Angermayer isn't a familiar name on Wall Street. He is a 42-year-old German investor who spent most of his life totally abstaining from all drugs and alcohol. His lifelong abstinence streak ended in 2015 after a very fateful dinner party.

In 2015, Christian was a guest at a dinner party seated next to a neuroscientist. The two struck up a conversation about the relative harms and benefits produced by various drugs.

The neuroscientist followed up with a research paper that ranked 20 drugs in order of harmfulness to users.

FYI, alcohol ranked #1… as in it causes the MOST harm to individuals and society at large.

Angermayer was stunned to see that psilocybin – aka magic mushrooms – ranked at the bottom of the list… as in the least harmful. The report claimed that magic mushrooms were a highly effective treatment for severe depression.

The report inspired Christian to break his lifelong abstinence and experiment with mushrooms while on a vacation in the Caribbean, where the substance is legal.

Christian has since described that first experience with magic mushrooms as "life-changing." In fact, he has said it was the most meaningful thing he'd ever done in his whole life.

The trip inspired a moment of profound insight. When he came out of the fog, he claimed to finally understand Bitcoin.

The experience and epiphany inspired him to radically reorganize his investment portfolio. He soon went on to make major investments in psychedelics, weed, space travel, cryptocurrency, life extension and the film industry. It's an odd portfolio for the odd times we live in.

In 2016, Angermayer tried mushrooms again and had another profound, life-changing experience. He got the idea to commercialize psychedelics. To find companies he called up billionaire former Goldman Sachs executive Mike Novogratz. Novogratz told him he knew of a couple, George Goldsmith and Ekaterina Malievskaia, who were trying to start a mushroom business and needed backers.

That startup is Compass Pathways Plc., a pharmaceutical company developing a magic mushroom-based treatment for depression. Angermeyer and Novogratz both made angel investments into Compass.

And it appears that he was on the right track. The psychedelics-as-mental-health industry has exploded in the last four years, with over 50 companies going public. We have seen the culture and stigma around all psychedelics shift dramatically. And these compounds are now seen more as therapies than the traditional party drugs. There are even sites like Healing Maps, which help connect psychedelic-curious patients with ketamine clinics in their area and retreats worldwide.

Today Angermayer's stake in Compass Pathways is worth $2 billion.

Angermayer's strategy is simple. He invests in the things he's passionate about.

To date he has invested in AbCellera Biologics, which had a part in developing an antibody-drug for Covid-19. He founded Atai Life Sciences, a psychedelics-biotech startup that has backing from Peter Thiel.

Angermayer has made a fortune on his investments over the past 14 months. His Apeiron Investment Group has been the main investor in seven companies that have made their IPO in the last year. Those IPOs raised more than $1 billion combined. Ten more companies he's invested in plan to go public in 2021.

As of this writing, Christian's investment fund Apeiron manages more than $2.5 billion in assets. Roughly 50% of the fund's assets are Angermayer's personal funds.

In other words, Christian's net worth is around $1.25 billion. A billion dollar fortune inspired by a magic mushroom hallucination. What a trip!