Since her divorce from Amazon founder Jeff Bezos, MacKenzie Scott has proven to be a major philanthropist. She just loves to donate money to good causes and–thanks to the soaring value of Amazon's stock – her net worth keeps growing, providing her with even more money to donate to charity.

In just the past year, Scott has donated billions of dollars, including a nearly $6 billion donation divided up amongst 500 organizations.

It was just revealed that Scott and her new husband, Dan Jewett, have donated another $2.74 billion to 286 organizations mostly in the sectors of racial justice and community-based nonprofits. 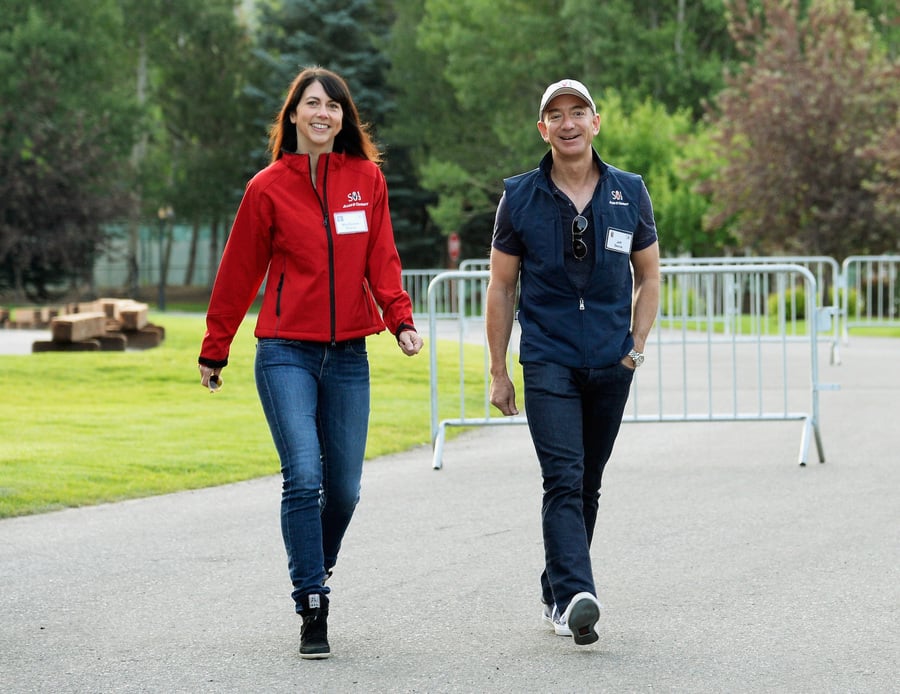 In a post on her blog called "Seeding by Ceding," MacKenzie wrote:

"Putting large donors at the center of stories on social progress is a distortion of their role. Me, Dan, a constellation of researchers and administrators and advisors — we are all attempting to give away a fortune that was enabled by systems in need of change."

Recipients of Scott's latest round of giving are listed in the blog post and include:

Of the charities she chose, MacKenzie explained:

"[these causes] have been historically underfunded and overlooked. People struggling against inequities deserve center stage in stories about change they are creating. This is equally — perhaps especially — true when their work is funded by wealth."

When MacKenzie Scott and Jeff Bezos divorced in 2019, she received roughly 4% of all Amazon stock. At the time Amazon was trading at $1,800 per share which gave her $36 billion net worth and instantly made her one of the richest women in the world.

Today Amazon trades at $3,380 per share. Even after deducting today's $2.74 billion donation, and the $6 billion she has already given away, MacKenzie is worth around $58 billion.

With a previous donation MacKenzie revealed that it was her intention to:

"…to give the majority of my wealth back to society that helped generate it, to do it thoughtfully, to get started soon, and to keep at it until the safe is empty."

So on the one hand you've got Jeff Bezos (net worth $196 billion) announcing he's flying into space. And on the other hand you've got MacKenzie racing to donate as much money to charity as humanly possible.  Hopefully some of MacKenzie's grace will eventually rub off on her ex-husband.