By Joseph Gibson on August 10, 2022 in Articles › Billionaire News

Philanthropy isn't an unusual hobby among the ultra-wealthy. It's very commonplace to see them make big donations to big causes and organizations they support. There's even the famous Giving Pledge begun by Warren Buffett and Bill & Melinda Gates, which currently has more than 200 signatures and counting from billionaires vowing to give away most of their fortunes. But MacKenzie Scott, ex-wife of Amazon founder Jeff Bezos and one of the richest people in the world, puts most of them to shame with her philanthropic record.

MacKenzie Scott has been unusually committed to giving huge amounts of that fortune away. Just last week she donated $122 million to Big Brothers 0f America. With that donation, her total giving topped $12 billion in grants to various philanthropic causes. To put that in perspective, her ex-husband Jeff Bezos's big philanthropic project is a $10 billion climate change pledge, of which he's paid out an estimated $2.1 billion. 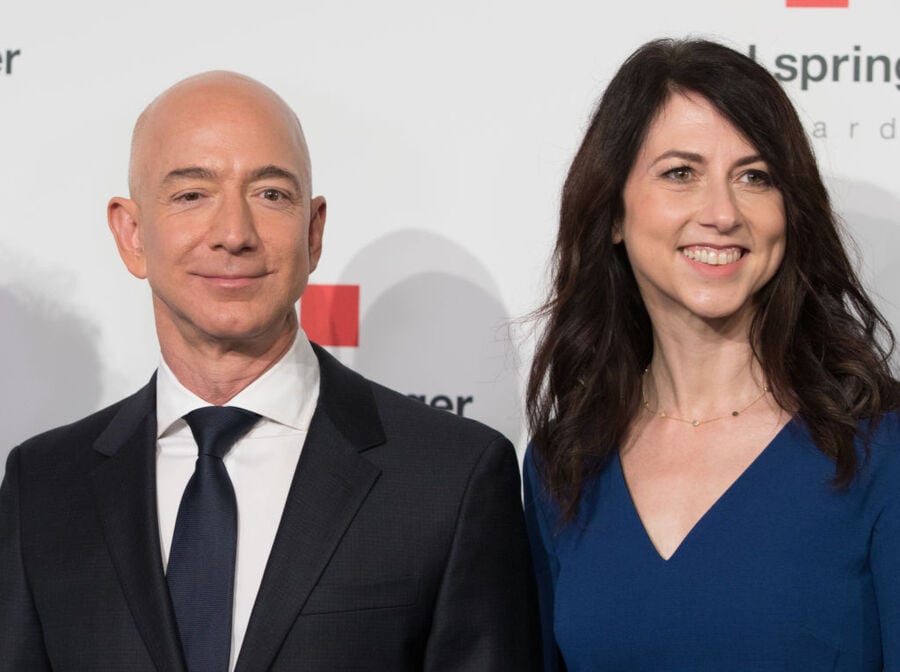 Any way you slice it, Scott has given away more money in the last three years alone than most billionaires – including those who are far wealthier than her – give away over the course of their entire lives. Even devoted philanthropists like Mark Zuckerberg, whose lifetime giving so far comes to an estimated $3 billion, doesn't come close to Scott's total, despite a significant head start.

Scott's record of giving even looks good compared to a huge organization like the Gates Foundation. With its 1,700 paid employees and 20-year history of philanthropy, that foundation has given a reported $5.8 billion over the last year, a figure that Scott's much smaller foundation has managed to surpass with $6.6 billion in grants over the last year.

In her own Giving Pledge letter, Scott promised "to give the majority of my wealth back to society that helped generate it, to do it thoughtfully, to get started soon, and to keep at it until the safe is empty." While she's still a way off from emptying her substantial "safe," she's doing a better job than most of her ultra-wealthy peers at making donations big enough to make a dent in those massive fortunes.

Scott also has a different attitude towards publicity than many of her philanthropic counterparts, preferring to stay more or less publicly silent and allow the recipients of her grants to make the announcements and ideally benefit from the resultant publicity. She also prefers a hands-off approach to the donations, as opposed to trying to manage the way the funds are spent. In a Medium post from December of 2020, she expressed her belief that "teams with experience on the front lines of challenges will know best how to put the money to good use."

What are some of those teams and causes? There are literally too many to name here, with one report placing the total number of organizations to have received a grant from Scott over the course of just a single year at 780. But some of her biggest grants include $436 million to Habitat for Humanity and $275 million to Planned Parenthood, both grants dispersed across the many local chapters of those organizations.

As befitting her intention to give away most of her fortune, Scott has a wide scope of philanthropic interests. Racial and gender equality and climate change are two big ones, and she's also donated a total of more than $800 million to various institutions of higher learning, including HBCUs, and she's also given more than $4 billion to various organizations dealing with the economic fallout from COVID-19. In a press statement from the summer of 2020, she summed up her attitude towards philanthropy like this:

"Last fall, I asked a team of non-profit advisors with key representation from historically marginalized race, gender, and sexual identity groups to help me find and assess organizations having major impact on a variety of causes. Though this work is ongoing and will last for years, I'm posting an update today because my own reflection after recent events revealed a dividend of privilege I'd been overlooking: the attention I can call to organizations and leaders driving change."

With a net worth of $57 billion, Scott's $12 billion worth of giving comes to more than 20 percent of her total net worth. As you might imagine, this percentage also puts many of her fellow givers to shame. Take billionaire Phil Knight: he's a very active philanthropist with more than $3 billion in lifetime giving to his name, a figure which still only comes to less than six percent of his net worth. Or you can take another look at Zuckerberg, whose giving percentage is more like 3 percent.

There's no indication that MacKenzie Scott is looking to slow down. Instead, she seems poised to ramp up her giving if she truly intends to give most of it away. And if any of her fellow billionaires are feeling competitive about giving away money, they need to really step up their games if they're going to have any hope of keeping up.