MacKenzie Bezos' Net Worth Tops $50 Billion For The First Time – When Will She Be The Richest Woman In The World?

I like to imagine MacKenzie Bezos living her best life, knowing she has billions in the bank and using it to do as much good in the world as she can. She did, after all, sign The Giving Pledge practically before the ink on her divorce papers was dry, something her ex-husband has yet to do despite his obscene wealth.

When Jeff and MacKenzie got divorced after 26 years together, she instantly had a net worth of $38 billion and became one of the richest people and richest women in the world.

And thanks to the recent Amazon stock surge, MacKenzie Bezos' net worth is $50 billion today.

This makes her the 4th richest woman in the world behind Alice Walton ($54b), Julia Flesher Koch ($55b), and Francoise Bettencourt-Meyers ($58b).

So her Amazon holdings have increased $12 billion in the last year. Incredibly, over just the last three months alone, while we've all been shut up in our houses ordering Amazon packages non-stop, MacKenzie's net worth has increased by $2 billion. 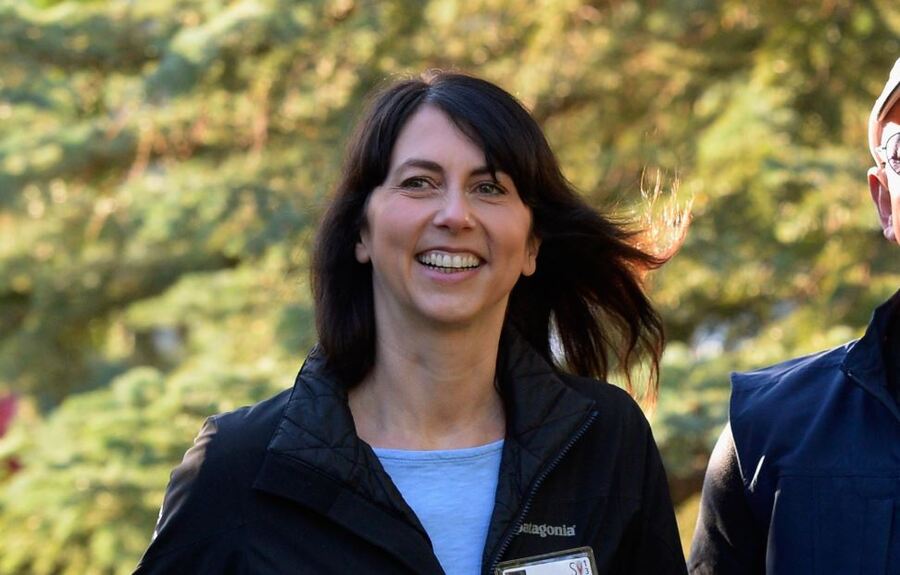 It is fair to say that if there had been no MacKenzie Tuttle Bezos in Jeff Bezos' life, Amazon might not be a thing at all, let alone the behemoth company it is today.

MacKenzie and Jeff's love story seemed like a fairy tale. They met at work. They both were Princeton alums. Jeff was a vice president at the firm. He was the first person to interview her. MacKenzie and Bezos had offices near each other. She could hear him laughing all day long and once told Vogue that she fell in love with his laugh. MacKenzie made the first move and asked Jeff out. They went to lunch. Three months later they were engaged and six months after their first date they were married. After they were married, Jeff told his new wife about his idea for Amazon. Within a year, the couple had quit their jobs, packed their bags, and set out on a cross country trip to Seattle during which Jeff wrote the business plan for Amazon. She became one of Amazon's earliest employees when she took a job as an accountant.

When Jeff and MacKenzie got married, they were not billionaires. They had good jobs, which they quit to start Amazon. They made sacrifices along the way.  In January 2019, Jeff and MacKenzie announced that they were divorcing.  On April 4, 2019, the divorce was finalized, with Jeff Bezos keeping 75% of the couple's Amazon stock and MacKenzie getting $35.6 billion in Amazon stock. The transfer brought Jeff Bezos's Amazon stake, formerly at 16 percent, down to 12 percent, according to regulatory filings. Now, with Amazon shares surging to an all-time high of $2,600 on Tuesday, June 9, both Jeff and MacKenzie have added billions to their individual net worths.

Richest Woman In The World?

An analyst at the Royal Bank of Canada this week raised the price target of Amazon to $3,300. If that happens, MacKenzie will be worth $64 billion. Assuming the current fortunes of Alice Walton ($54b), Julia Flesher Koch ($55b), and Francoise Bettencourt-Meyers ($58b), don't budge, MacKenzie should safely become the richest woman in the world.