MacKenzie Bezos Is Now The Richest Woman In The World

MacKenzie owns just under 20 million shares of Amazon which she received as a divorce settlement from ex-husband Jeff Bezos in April 2019.

When combined with her cash and other assets, at today's closing price of $3,441 MacKenzie Bezos' net worth would be $67 billion. That's just enough to outrank L'Oreal heiress Francoise Bettencourt-Meyers whose net worth finished the day at $66.7 billion.

At $67 billion, MacKenzie is richer than the following people 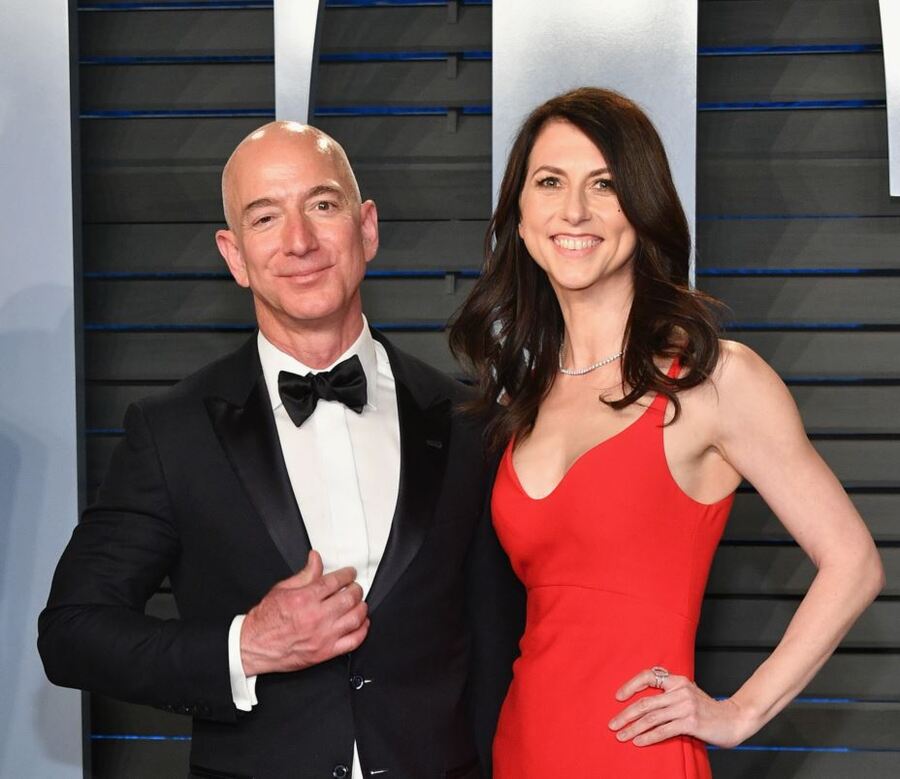 Becoming The Richest Woman in the World

It's been a fairly incredible year so far for MacKenzie Bezos. When she started the year she was worth $37 billion and was the fifth richest woman in the world. Mars candy heiress Jacqueline Mars was #4 with $42 billion, Walmart heiress Alice Walton was #3 with $53 billion, Koch Industry heiress Julia Flesher Koch was #2 with $60 billion (her husband David Koch died on August 23, 2019) and L'Oreal heiress Francoise Bettencourt-Meyers was #1 with $62 billion.

So how did MacKenzie Bezos become the world's richest woman so suddenly?

Here's how Amazon stock has performed over the last year: 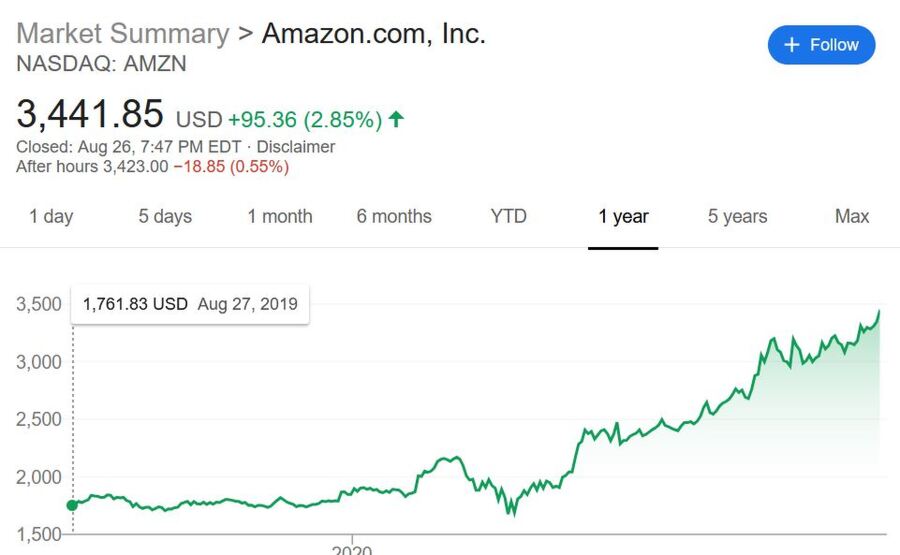 With that sky rocketing growth, Jeff and MacKenzie have added tens of billions of dollars to their respective net worths. MacKenzie's net worth has grown by just under $30 billion in six months.

Using $3,441 as Amazon's current share price, here's a list of the richest woman in the world as of this writing:

Does She Deserve Her Wealth?

Whenever we write about MacKenzie Bezos a bunch of commenters complain that she doesn't deserve her wealth because she got it in a divorce settlement.

We are here to say that MacKenzie deserves every penny of her wealth. Honestly, she could have (and maybe should have) received more from Bezos.

Let the record show that MacKenzie financially supported Jeff when he wanted to quit his job to launch a new business. She drove the car cross country from New York to Seattle, brainstorming with Jeff as he sat in the passenger seat writing the Amazon business plan.

She is no trophy wife gold digger. She had a rock solid case for potentially extracting as much as 50% of Jeff's then $170 billion net worth when they first separated. That would have been $85 billion. Instead she agreed to accept what was then $35 billion worth of Amazon shares AND she agreed to let Jeff continue to control her voting rights.

Also note that just one month after the divorce settlement was final, MacKenzie joined the giving pledge, meaning she committed to give away at least half of her assets during her lifetime or in her will. She further pledged:

"to give the majority of my wealth back to society that helped generate it, to do it thoughtfully, to get started soon, and to keep at it until the safe is empty."

I love those last five words: "until the safe is empty". Amazing.

True to her word, she has donated $1.7 billion to 116 charitable organizations in the last 12 months alone.

Humanity should hope her net worth continues to skyrocket!