MacKenzie Bezos Has Donated $1.7 BILLION To Charity In The Last 12 Months – Vows To "Empty The Safe" Thoughtfully And Quickly

Jeff and MacKenzie Bezos were married from 1993 to 2019. They married one year BEFORE the founding of Amazon.com. During their marriage, Jeff's little e-commerce startup book seller grew into one of the largest companies in human history. Along the way, Jeff became the richest person in the world. Unfortunately, as the saying goes, mo money, mo problems. We don't really know what kind of problems popped up behind the curtain with Jeff and MacKenzie, cough cough, but we do know that in January 2019 they announced their separation and pending divorce.

Impressively, the divorce was finalized just four months later, in April 2019. At the time of their divorce announcement, Jeff had a net worth of $136 billion. By all accounts, MacKenzie could have been entitled to half of all of Jeff's assets since they were all acquired during their marriage. If that was true, MacKenzie could have been given as much as $70 billion worth of stock and various other assets.

MacKenzie instead opted to accept 20 million shares of Amazon, roughly a quarter of the couple's former holdings. At the time of the divorce those 20 million shares were worth $35.6 billion. The transfer instantly made MacKenzie one of the five richest women in the world.

About a month after the divorce settlement was finalized, MacKenzie announced she had joined The Giving Pledge. At this point her shares were still worth around $35 billion. She further pledged:

"to give the majority of my wealth back to society that helped generate it, to do it thoughtfully, to get started soon, and to keep at it until the safe is empty."

Fast forward a bit more than a year and MacKenzie is making good on those promises. Oh, thanks to Amazon's soaring stock price, she now has nearly twice as much money in the safe. Today MacKenzie Bezos' net worth is $63 billion. For a few hours two weeks ago, she was the richest woman in the world when her net worth temporarily topped $65.6 billion.

Today MacKenzie released a statement that outlined how in the last 12 months she has already given away roughly $1.7 billion to a variety of organizations, primarily those that are focused on racial, gender and other inequalities. Penned under her new preferred name "MacKenzie Scott" (Scott is both her former middle name and her grandfather's name), she revealed that 116 organizations have received donations in the last 12 months. From her statement:

"Like many, I watched the first half of 2020 with a mixture of heartbreak and horror. Life will never stop finding fresh ways to expose inequities in our systems; or waking us up to the fact that a civilization this imbalanced is not only unjust, but also unstable. What fills me with hope is the thought of what will come if each of us reflects on what we can offer…

… Last fall, I asked a team of non-profit advisors with key representation from historically marginalized race, gender, and sexual identity groups to help me find and assess organizations having major impact on a variety of causes. Though this work is ongoing and will last for years, I'm posting an update today because my own reflection after recent events revealed a dividend of privilege I'd been overlooking: the attention I can call to organizations and leaders driving change."

MacKenzie  categorized her donations into 9 "areas of need", and the amount each area received in total. Those 9 areas of need and amounts received are: 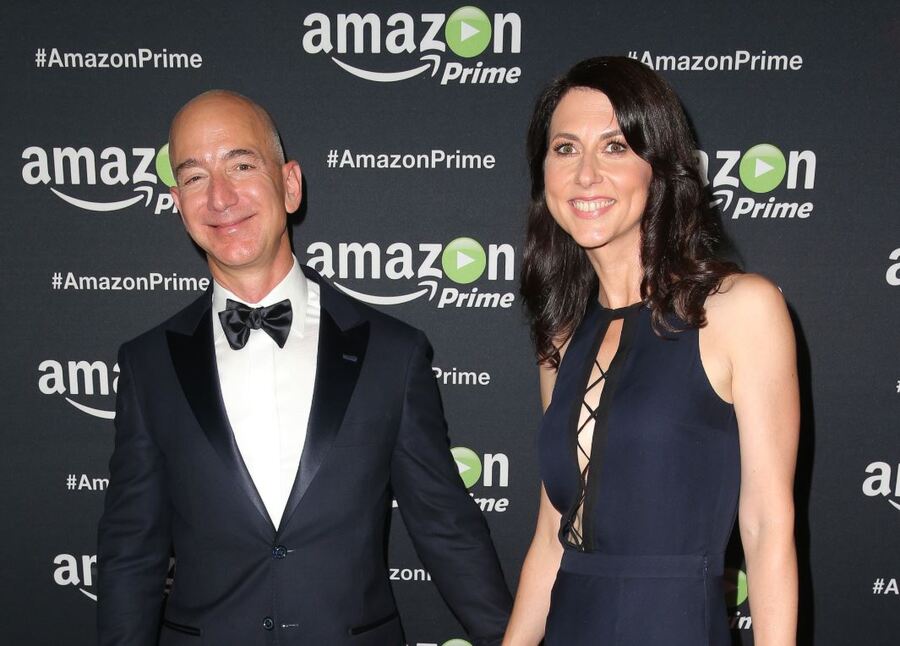 For what it's worth, Jeff Bezos' net worth is currently $180 billion. Compared to his ex-wife and other extremely wealthy people, he has been a relative miser when it comes to charity. Up until 2018 he had barely given away any of his wealth, instead opting to pour billions into real estate acquisitions, The Washington Post and his pet space project Blue Origin. We're not judging. Rich people can do whatever they want with their money. And maybe Jeff has a huge plan in the work for a philanthropic foundation! But it is notable that out of the 10 richest people in the world, he is the only one not to have outlined some plan to donate a significant portion of their net worth to charity. He is the only person in the top 5 who has not signed The Giving Pledge.

Jeff did commit $2 billion to fight homelessness in 2018. And then last year he committed $10 billion over his lifetime to fight climate change. So he's coming around. It does seem like he needed a bit of a push, though. Perhaps seeing his ex-wife lavished with praise as she empties the safe will spur him to do more. I mean after all, his net worth has increased $75 billion this year alone. He could give all of that to charity and still be the richest person in the world.

We shall see! MacKenzie certainly won't be waiting around.