By Amy Lamare on November 13, 2018 in Articles › Billionaire News

Back in April, Sting and his wife Trudie Styler sold their duplex penthouse at the ultra exclusive 15 Central Park West for $50 million. The buyer was not disclosed at the time. Now we know that the buyer of Sting's place is billionaire Karen Lo from Hong Kong. This isn't Lo's first foray into American real estate. Ms. Lo owns some substantial estates in Los Angeles as well. In fact, over roughly the past 18 months, Karen has dropped $200 million on luxury real estate from coast to coast.

Karen Lo is a member of not just one, but two of Asia's wealthiest families. Her paternal grandfather, Dr. Kwee Seong Lo, founded the Vitasoy beverage empire. Vitasoy is second in popularity in Hong Kong. Only Coca-Cola is more popular. The company has its U.S. headquarters in San Francisco. Karen is also related to the Macau casino tycoon Stanley Ho. Her sister Sharon Lo is married to Lawrence Ho, Stanley's oldest son, and a billionaire in his own right. Through her sister, Karen is also related to Pansy Ho, who was once the richest woman in Asia, and these days makes due with her $6 billion net worth. 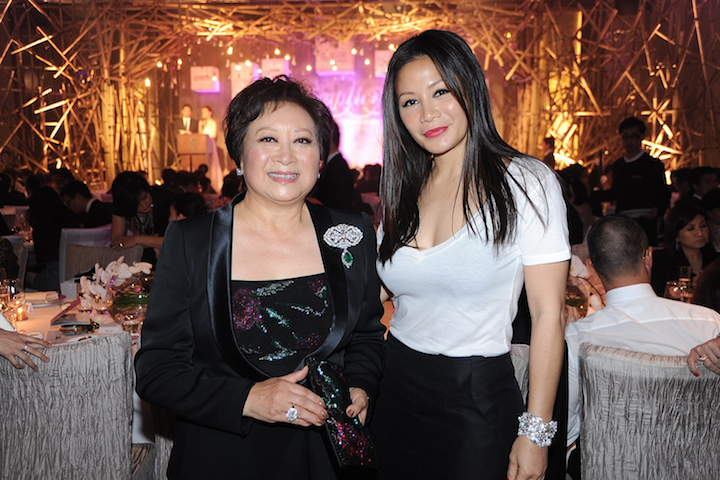 Karen likes her real estate. The 15 Central Park West penthouse she purchased from Sting is a three bedroom, five and a half bathroom duplex. Its kitchen has four ovens, three dishwashers, and two refrigerators. The unit has a library and a 400 foot terrace overlooking Central Park. Residents of the building include Denzel Washington, hedge fun billionaire Daniel Loeb, fashion designer Elie Tahari, and Russian heiress Ekaterina Rybolovleva.

The unit at 15 Central Park West isn't Lo's only Manhattan address. At the end of 2016, she spent $29.3 million on two adjacent units in the 551 W 21st building in Chelsea. She spent $1,500,000 combining the two units and then tried to flip them early in 2018 for $36.5 million. The 8,350 square foot condo has seven bedrooms and eight bathrooms, a library, and 82-foot grand room with views of downtown Manhattan and the Hudson River. The enormous condo is still on the market.

In Los Angeles, Lo owns one of the most epic estates in Malibu, which she picked up for $70 million in March 2017. She also has a $36 million, two house compound on pricey South Mapleton Drive in Holmby Hills. She bought the first house in April 2017 for $18.8 million and picked up the house next door, which used to be owned by Hugh Hefner and used as a guest house for the Playboy Mansion, for $17.3 million. Then in November 2017, Lo paid $17.7 million for 1.3 acres of vacant land in East Gate Bel Air. The land is where Bob Newhart's mansion once stood. Newhart sold that home for $14.5 million in 2016 to developer Robert Quigg. Quigg then bulldozed the mansion –supposedly without permits – and then left L.A. with his mistress – leaving behind angry creditors and a trail of debts. Lo picked up the land in an all cash deal through bankruptcy court.

All in all, Lo has spent $202.9 million on luxury real estate from coast to coast in the United States over the past year and a half.