By Daniel Lipson on July 9, 2016 in Articles › Billionaire News

When Reid Hoffman graduated from Stanford in 1990, he wanted to influence the world. Originally, he planned to do this as a professor and intellectual. While he was working on his M.A. in philosophy from Oxford, he realized that being a public intellectual conflicted with being an academic, and that he could focus on business, software, and products that were informed by his theories.

He joined Apple Computer in 1994, where he worked on eWorld, an early attempt at a social network that was later acquired by AOL. In 1997, he co-founded SocialNet.com, which was an early online dating social network that was well ahead of its time. While he was there, he was also a member of the board of directors during the founding of PayPal. In January 2000, he left SocialNet and joined PayPal full-time, as company COO.

PayPal was an ambitious company that wanted to transcend credit card and ATM infrastructure. Their service allowed people to exchange money as easily as they exchange information. Hoffman was a champion of democracy, and putting power into the hands of individuals, away from banks, corporations, and nations. The company rose up in only four years, and proved that growth is the foundation for internet companies. Founding members of what came to be known as the "PayPal Mafia" included the likes of Peter Thiel and Elon Musk.

Many of the other founding members went on to found Yelp, YouTube, Yammer, and LinkedIn. Hoffman credits PayPal for teaching him the power of networks, and how identities, communications, and transactions can all be a platform for new applications. For PayPal, they not only needed to build a payment platform, but had to account for identity and anti-fraud as well. The idea that one platform can create a huge amount of interactions helped them plan strategic advantages in future business endeavors. 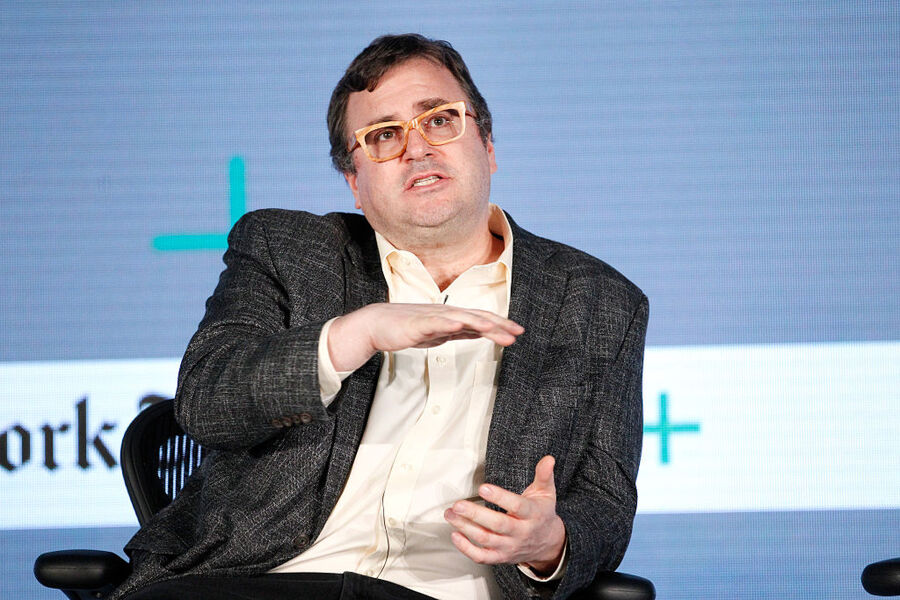 Hoffman's altruistic statements and his mission don't disregard shareholder returns. By creating the world's best platform for finding jobs and learning about companies and industries, he's brought hundreds of millions of users major economic value. With the large influx of users, shareholders are able to generate strong returns. About two-thirds of its $3 billion revenue come from its talent-solutions division, which helps corporate recruiters identify job candidates.

With the money Hoffman earned from PayPal and LinkedIn, he's invested in entrepreneurship and promising startups. According to some sources, he helped introduce Peter Thiel to Mark Zuckerberg, which led to Thiel's $500,000 investment. He's currently invested in companies like AirBnB and TrialPay, and previously invested in Flickr, Digg, Wikia, Care.com, Last.fm, and many more.

Lately, LinkedIn has seen scaled back interest from recruiters, and slowed revenue growth. A merger with Microsoft may help to rekindle it, especially if Microsoft helps to introduce new advances in LinkedIn's platform. LinkedIn has struggled to keep up with Facebook and other social networking sites in areas such as mobile usage.

Microsoft is paying $26.2 billion, at a 50% premium. Hoffman will pocket nearly $1 billion when he sells a nearly 11% stake. Hoffman is currently the head of venture capital firm Greylock Partners' $20 billion Discovery Fund.

Hoffman sees the current era as just the beginning of "the Networked Age" and the growth of communication technology. He's optimistic about the future, and predicts that the next century will bring about a higher standard of living, with more global cooperation.