Life On Mars: The Story Of America's Richest Candy Family

By Amy Lamare on September 3, 2018 in Articles › Billionaire News

The building where the magic happens in McLean, Virginia is built like a fortress. It gives no indication of the sweet treats being made inside. However, this building, marked clearly with a sign that says "Private Property" is the headquarters of a multinational corporation owned by America's third richest family, the Mars family, who have a combined net worth of $70-80 billion. Mars, Inc. is the sixth largest privately owned business in the U.S. and for a company that makes such a fun product, the Mars family and the company they control have long been shrouded in secrecy.

Mars, Incorporated was founded by Franklin "Frank" Mars. The Mars family patriarch was born in 1882 in Hancock, Minnesota, where he learned to hand dip chocolate candy from his mother as a young boy. By 1910, he was selling candy wholesale in Tacoma, Washington. In 1920, he moved to Minneapolis and founded the Mar-O-Bar Co. to manufacture and sell chocolate candy bars. The company later incorporated and became Mars, Inc. In 1923 he made a candy bar that was his son Forrest's idea – The Milky Way. It became the company's best selling candy bar. Mars introduced the Snickers bar in 1930. Frank Mars died from a heart attack at age 50 in 1934 and passed the family business down to his son Forrest Mars, Sr. 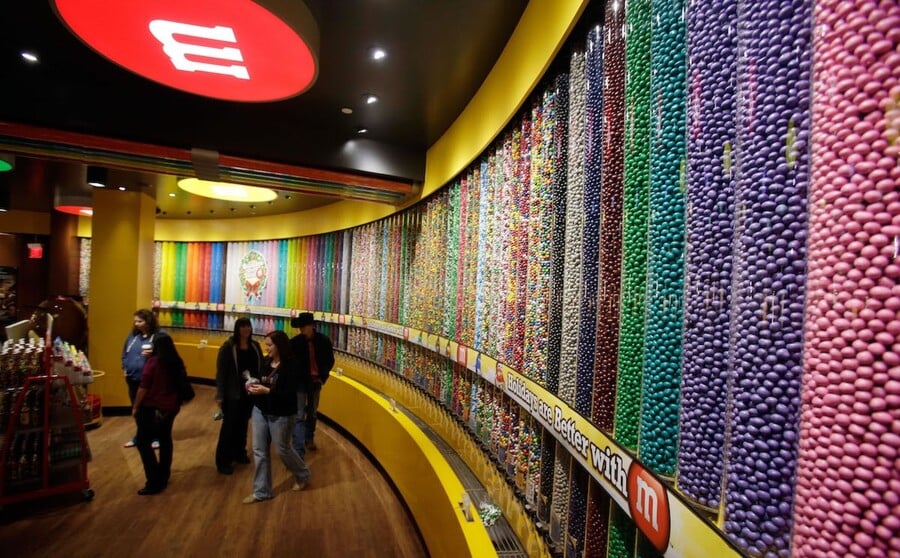 The famous family secrecy didn't start with founder Frank Mars, it started with his son Forrest, Sr. Unlike his father, who was chauffeured around Chicago in a $20,000 car at the height of the Depression, Forrest had a deeply frugal streak. While he was setting up a division of the family business in Europe in the 1930s, Forrest was so tight fisted that his father-in-law sailed to England to insist that Forrest's wife Audrey and their children Forrest Jr., John, and Jacqueline return to the U.S.

Forrest. Sr. raised his three kids –Forrest Jr., John, and Jacqueline to be frugal and private. They were sent to the best schools, but taught by their father never to trust outsiders – especially the press. In 1966, Forrest Sr. finally gave in and granted an interview with Candy Industry & Confectioner's Journal. The profile of him was largely seen as favorable, but Forrest was enraged. He felt he'd been misquoted and misunderstood. He vowed never to give another interview and in the more than three decades until his death, he never went back on that promise.

This urgent sense of secrecy has been passed down through generations. In the 1980s, shortly after the Mars family was added to the Forbes list of America's wealthiest families, Forrest Sr.'s daughter Jackie Mars found herself at a dinner party seated next to Malcolm Forbes. She was incensed, insisted the magazine publisher had violated her family's privacy. She threatened to leave the party if the hostess did not move her far away from Forbes.

As Forrest Sr. approached old age, his sons Forrest Jr. and John were eager to take over the family business. One year in the 1990s, just a few years before his father's death, John Mars lost his temper and reportedly yelled, "How long do I have to work for you, Dad?!" John was 60 years old at the time.

Forrest Jr. and John are as publicity shy are their father was. In fact, the family's mania for remaining out of the spotlight has, on occasion, had financial impact on the company. Since the 1980s, Mars and Hershey have been engaged in a battle for market share that can be compared to Coke vs. Pepsi. The Mars family made a huge misstep when it turned down the product placement opportunity for M&Ms in E.T. Instead, Hershey's Reese's Pieces got the nod and Mars has been losing ground to them ever since. Mars is in second place in the US market, lagging just a bit behind Hershey.

Mars, Inc. is still 100% owned by Forrest Mars, Jr. and his siblings John and Jacqueline. For nearly as long as the company has existed, they've clung to secrecy. In fact, in 1999, the company would not acknowledge that Forrest Sr. had died, let alone ever even worked for the company.

Victoria B. Mars is the current chairman of the company, a position her father Forrest Mars, Jr. and grandfather Forrest Mars, Sr. once held. Her great grandfather Franklin Clarence Mars founded Mars, Incorporated 104 years ago. She attended Yale and received her MBA from the Wharton School at the University of Pennsylvania. She has spent her entire career in the family business and has been chairman of Mars, Inc. since 2014.

Like the generation before her, which includes her father, her uncle John Mars, and her aunt Jacqueline Mars Vogel, Victoria Mars upholds the family religion of privacy, something it is hard to do in an increasingly digital world. Though the family donates generously to philanthropy, they avoid taking any position that would thrust them into the limelight. In fact, under the Personal Life section of Victoria's Wikipedia page it says simply: "She has children."

The Mars family is determined to keep the company in the family. For one thing, the sheer amount of public disclosure that is required of a public company would be akin to torture for this family. If, down the line passing the family business to the next generation is not possible, the Mars family would be much more likely to sell to a larger company – perhaps Nestle –especially if that sale would stick it to their rival Hershey.