Who Is The Largest Land Owner In The United States?

Who is the largest land owner in the United States? This year that honor belongs to cable TV tycoon John C. Malone. Malone earned his fortune thanks to Liberty Media. He has used then invested in the Atlanta Braves, Formula 1 racing, Discovery Communications, Lionsgate, and Starz. Through Liberty Media, Malone's empire controls roughly 30% of cable giant Charter Communications, which a few years ago, acquired Time Warner Media through a deal he personally orchestrated. Malone owns 2.2 million acres across several different states including Maine, New Hampshire, New Mexico, Texas, Wyoming, Maryland, and Colorado. He has a net worth of $9 billion.

But how did he become the largest land owner in the United States and how much land does he own to make that true?

Malone was born in Milford, Connecticut on March 7, 1941. He attended the prestigious Hopkins School (founded in 1660), and graduated with a National Merit Scholarship in 1959. He enrolled at Yale and graduated in 1963 with a degree in economics and electrical engineering. He then got his master's degree in industrial management at Johns Hopkins University in 1964. 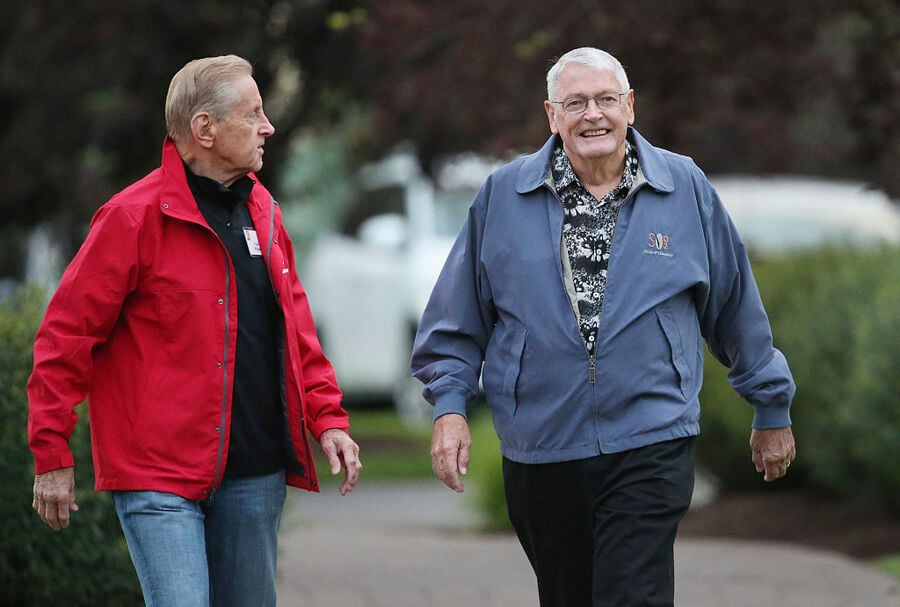 After completing his education, Malone set off for New York to work for Bell Labs. A few years later, he returned to Baltimore and Johns Hopkins to get his PhD in operations research. Once his doctorate was complete, he went to work for the consulting firm McKinsey & Co. in New York City. He worked there for three years and discovered that Wall Street was not fond of cable companies. In 1973 he took a job at General Instrument, where he was in charge of the Jerrold division, making minicomputers for the then growing cable TV industry. In this position, Malone met Bob Magness, who ran the almost bankrupt cable company Tele-Communications, Inc. He offered Malone the CEO job.

Malone accepted the gig and he and his wife moved to Colorado to try and save the company. The struggling cable company only had 400,000 subscribers and $12 million in annual sales. The problem was, it was also $132 million in debt. By 1990 Malone had turned TCI into the biggest cable company in the United States with 8.5 million subscribers. Then Malone sold TCI to AT&T in 1998 for $32 billion. This purchase made Malone a much wealthier man and it also gave AT&T the means to branch out beyond local phone service to offer high speed internet access too.

In the sale of TCI, Malone held onto control of Liberty Media, a subsidiary of TCI that was its own publicly traded company. With Malone at the helm, Liberty has gone from a relatively small time cable TV provider to owning network broadcasts. Over the years, Malone has also acquired the companies previously mentioned as well as Virgin Media, QVC, Game Show Network, and more.  In 2007, Liberty Media acquired the Atlanta Braves and Malone turned it into the separately traded Liberty-Braves Group. He personally owns 8% of the MLB team. Malone also acquired Formula One racing for Liberty in 2016 for $4.4 billion and turned that into another separately traded company, Liberty Media Formula One Group, of which he owns 2%.  In 2017, Discovery acquired Scripps Networks Interactive for $14.6 billion. This adds HGTV, the Food Network, and the Travel Channel to Malone's portfolio of networks.

When it comes to Malone's vast land holdings and how he came to be the largest landowner in the United States, it all comes down to a special summer he spent on a family farm in Pennsylvania. That summer's memories stuck with Malone and he decided to invest in land.

One of his first purchases was New Mexico's Bell Ranch. He bought the 290,100 acre, 453 square mile ranch in 2010. The purchase price was not disclosed, but the property had been listed for $83 million. He went on to acquire land in Colorado, Florida, Maine, Maryland, New Hampshire, and Wyoming, He owns a bit over one million acres of woodlands in Maine and New Hampshire. He has a home in Boothbay, Maine and keeps his sailing yachts there. Malone has also bought some high profile properties in Ireland including Humewood Castle in County Wicklow. The 32,668 square foot castle sits on 427 acres which he bought for $11 million.

In 2013, Malone bought the 800 acre Bridlewood Farms in Florida for $14 million. One of the horses kept there and owned by Malone, Tapwrit, won the Belmont Stakes in 2017.

Malone is also a big philanthropist who, among other things, has supported the schools he attended. Malone donated $25 million to fund the Hopkins School's science center. Naturally, it was named after him. He has also donated $50 million to Yale's engineering school. In 2011, he donated $30 million to Johns Hopkins University for the construction of a 56,000 square foot research building for the engineering school.

He earned the nickname "Cable Cowboy" for his land purchases and his horse farm. At 78, Malone shows no signs of slowing down.