Leonardo Del Vecchio Was Born So Poor His Mother Abandoned Him To An Orphanage. He Just Died The Richest Person In Italy.

Leonardo Del Vecchio was born on May 22, 1935. He was the fifth child born into a family living under wretchedly impoverished and difficult circumstances. His parents were little more than peasants. Actually, his father died five months before he was born and before dying he sold vegetables from a cart on the streets of Milan.

His mother had four other children. Her husband's death left her completely destitute. But she made a go of it for a few years. Then World War II began and Leonardo's mother was forced to make an unfathomable decision. She abandoned little Leonardo to an orphanage. He was seven.

Leonardo Del Vecchio died today at the age of 87. Considering how his life started, would you believe that he eventually rose the ranks of the business world without even an high school education, and built an empire? An empire whose products you almost certainly own right now.

Would you believe me if I told you that when Leonardo Del Vecchio died on Monday, he was the richest person in Italy. This former orphan died with a net worth of… 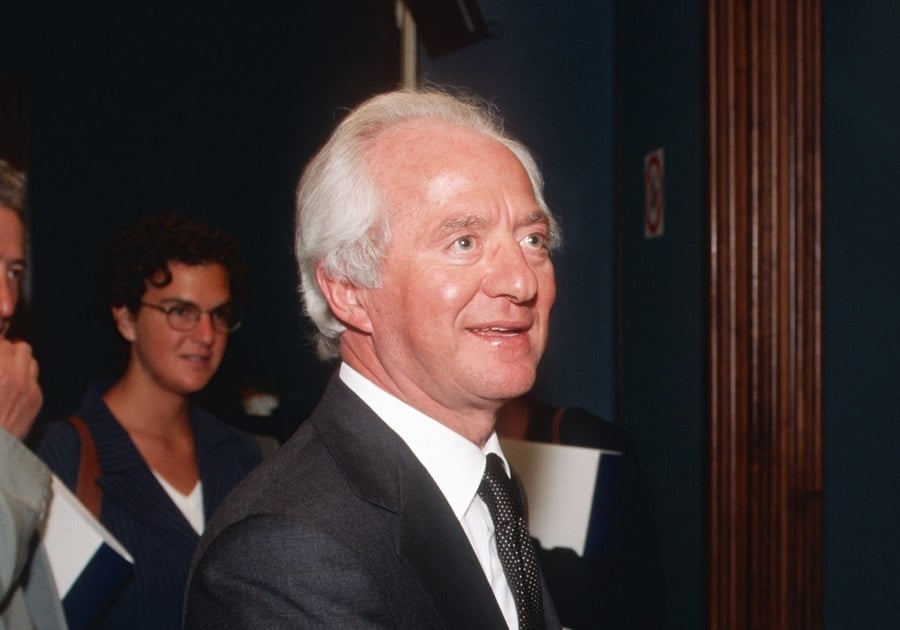 Leonardo Del Vecchio earned his fortune thanks to the sunglasses company Luxottica. If you have not heard of Luxottica, you've definitely heard of and probably own some of their brands:

If you bought a pair of designer Prada or Gucci glasses from Sunglass Hut, guess what? Luxottica manufactured those designer brands as well. Pretty much every designer brand of sunglasses on the planet is actually manufactured by Luxottica. Giorgio Armani, Bulgari, Gucci, Chanel, Prada, Michael Kors, Coach, Dolce and Gabbana, and Fendi… all of these companies pay Luxottica to make their glasses then Luxottica gets an additional cut on the sale from its own stores.

Do you wear prescription glasses? If you've ever picked out a new pair of glasses at LensCrafters or Pearl Vision, you made Leonardo a little richer. Oh, LensCrafters and Pearl Vision? Both are owned by Luxottica.

Some might describe the above business as a monopoly. In my opinion, that would certainly be an accurate description. Over the years Luxottica has faced numerous complaints from independent sunglasses companies that claim they had no choice but to be acquired by the conglomerate. How could a company survive as an independent company if its sunglasses were not on the shelves at Sunglass Huts across the world?

For example, most people agree that Luxottica's 2007 acquisition of longtime rival Oakley was more of a hostage negotiation than a happy merger. Oakley reportedly had no interest in selling out, but they changed their minds when Luxottica threatened to block its products from all of its retail stores.

But let's get back to Leonardo.

Leonardo left the orphanage at 14 to take a job as an apprentice metalworker. After a few years he moved to a factory that produced eyeglass frames.

In 1961, Leonardo got wind of an opportunity offered by a small town in northeast Italy called Agordo. To stimulate the population and local industry, Agordo was offering to give free land to anyone who opened a business. So that's what Leonardo decided to do. At 26 he moved to Agordo and launched a small factory to make eyeglass frame parts. He built a small home that shared a wall with the factory floor. So he almost literally slept on the factory floor. It was technically the same floor, separated by a thin wall.

Over time he expanded from parts to making actual sunglasses.

In those early days, Luxottica made glasses wholesale for other stores to sell. The Luxottica empire took off thanks to three innovations:

In the early 1970s, Luxottica began opening its own stores. This allowed for a much tighter control over costs, inventory and profits. It also allowed the company to create exclusivity with what became name-brand glasses.

Believe it or not, before Leonardo and Luxottica, no one really thought of sunglasses or eye-wear in general as being fashionable. Luxottica changed that. Leonardo understood that glasses were not just necessary for vision, they were also an extension of the personality and style of the wearer.

For decades up until the late 1980s, when a luxury brand like Gucci made a pair of glasses, the brand made the glasses themselves. The results were often subpar quality money-losers for the companies. Leonardo put it together that luxury brands wanted their logo on sunglasses, but they didn't want to actually be in the sunglasses-making business. They really just wanted a cut of the sale after someone else did the work.

In 1988 he formed his first licensing partnership with the Armani brand. This ushered in the era of $1,000 sunglasses that produced high margins for both the brand and Luxottica. Thousands more licensing deals would follow over the decades.

The Richest Person in Italy

In October 2018 Leonardo orchestrated a merger with a French company called Essilor, the world's largest manufacturer of lenses. He was left with 32% of the combined company's outstanding shares.

Today, EssilorLuxxotica is a publicly traded company with a market cap of $70 billion and $23 billion in annual revenue.

Leonardo also owned billions of dollars worth of at least four other publicly traded companies, including two Italian banks, a French insurance company and a European real estate investment firm.

Altogether, Leonardo Del Vecchio's net worth at the time of his death was $30 billion, enough to make him the richest person in Italy. Not a bad ending for a boy who was raised in an orphanage!

Leonardo Del Vecchio is survived by third wife, Nicoletta. He had six children from his three marriages. At the time of his death his children are aged between 18 and 65 years old. The 65-year-old son, Claudio, worked for Lucottica for several decades. Claudio left the company in 2000 after acquiring retail brand Brooks Brothers. Guess which company manufactures Brooks Brothers eye-wear line?

Let me leave you with my favorite fact about Leonardo Del Vecchio: This man, who made one of the largest fortunes on the planet from glasses, DID NOT WEAR GLASSES! He didn't need prescription glasses and was barely ever photographed wearing sunglasses. Out of around two dozen photos of Leonardo in Getty Images, he's only wearing sunglasses in ONE.