LeBron James Vs. Dr. Dre – Who Will Become A Billionaire First?

When Apple purchased Beats by Dre for $3 billion back in 2014, it seemed like Dr. Dre, who owned 25 percent of the company at the time, would be well on his way to billionaire status.

Now, with the recent revelation that frequent Beats by Dre user and trendsetter LeBron James' lifetime deal with Nike may be worth more than a billion dollars, Dre may have a little company at the top of Beats Mountain.

Both men are very successful, no doubt: Dre has had a killer music career as an artist and producer, and LeBron is an unprecedented freak of nature who's playing some of the most beautiful basketball of his career as the Cleveland Cavaliers tear through the playoffs. They're also each terrific businessmen, brokering deals to maximize their potential earnings.

So, which one will become a billionaire first?

At first glance, it looks like Dre has a monumental head start. After all, before Apple even bought Beats by Dre, he had a $250-$280 million fortune, the result of music sales, real estate, commercial endorsements, royalties, producer fees, concert tickets, merchandise and more. When the sale went through, Dre made $750 million, which would have ended this discussion right there, if not for a pesky little thing called taxes. Check this out for the more detailed math, but the net total that Dre got from the sale was $502.5 million, meaning that post-sale, in 2014, he was worth $752.5 to $780.5 million.

As part of the Beats by Dre sale, Dr. Dre received about one million shares of Apple stock. At the time, it was trading at $95 per share. That rose to $127 in a little under a year (33 percent growth), and it looked like Apple was on a direct path to becoming a trillion-dollar company. If it increased at that same rate, it'd reach $172 per share, reaching the trillion-dollar threshold and making Dre worth $880 million. Assuming the stock grew accordingly, he'd cross the $1 billion mark in May 2017. 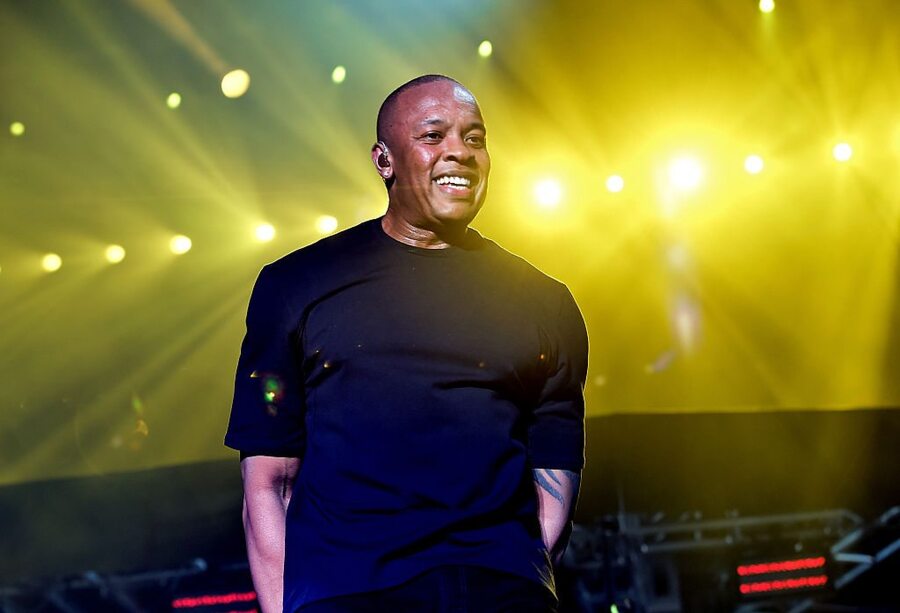 Wait just a minute. Thanks in large part to a decline in iPhone sales, Apple's stock hasn't grown at the rapid pace it first did when it acquired Beats by Dre. In fact, the stock is actually LOWER today than it was at the time of the sale, trading around $94 a share. It's down about 29 percent from its 52-week high, and several analysts are predicting it will drop even further. Unless we see a meteoric rise and reversal of fortune, Dr. Dre is nowhere near becoming a billionaire in the next decade, let alone in the next 365 days.

Last year, we predicted LeBron James would be a billionaire by the year 2035. Surely Dre, with more than a $450 million head start, can still hold the NBA player off and reach billionaire status first. Of course, that's assuming LeBron would rest on his laurels, which he absolutely has not done.

Since 2015, LeBron had a cameo role in the movie Trainwreck and was praised for his performance, which he then parlayed into the starring role for the upcoming Space Jam sequel; he purchased an ownership stake in the fast food pizza franchise Blaze; and he signed a deal with Warner Bros. to create projects in TV, film, and original digital content. His platform, Uninterrupted, has become one of the top places for athletes to share their own branded content.

Oh yes, he also signed a lifetime shoe deal with Nike, which his business partner Maverick Carter hinted could be worth more than a billion dollars.

It's this last one in particular that makes the race to billionaire status so intriguing. Thanks to a ballooning salary cap and LeBron's penchant for making max money with his recent deals, he's likely to earn nearly $200 million if he signs a five-year deal this off-season. Assuming he sticks around in a mentor role for his final contract when that expires – say, for three years and $75 million – he'll make about $280 million in salary alone for the rest of his career. But LeBron's off-the-court endorsements are even better. 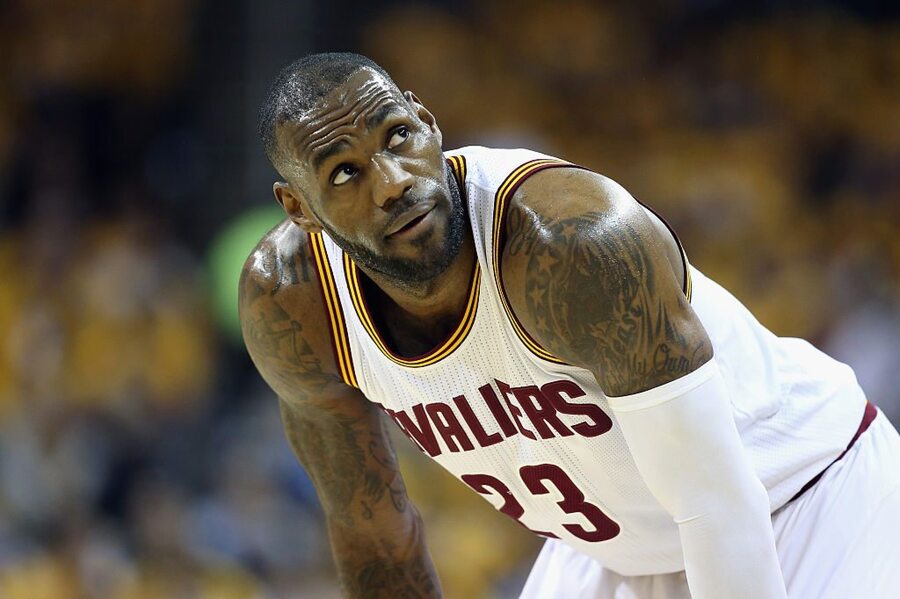 Since entering the league, the amount of money he's made via endorsements has either increased or stayed the same. Last year, we made the conservative estimate that LeBron would earn $60 million a year for the remainder of his career. With this new incentive-laden Nike contract, plus his additional investments and introduction to a new generation of fans in Space Jam 2, it's a fairly safe guess that, at least for his playing days, LeBron will make $75 million in off-the-court investments each year. Assuming he has another eight years ahead of him in the NBA, that's an additional $600 million.

Once again, though, we have to factor taxes into the equation. Of the $880 million he can expect to earn for the rest of his playing days, about $405 million will go to taxes. That leaves LeBron at $475 million, or about $775 million before he's even 40 years old.

Prior to the Nike deal, LeBron was making about $20 million per year in shoe endorsements. That's likely to grow as he has a bigger stake in the company (and probably has stock options we don't yet know about). He's also likely to take on a coach or GM role after he retires, and you know he's not going to stop with his business deals.

Let's conservatively say he's bringing in $60 million a year after he hangs up his sneakers. Factoring in for taxes, he'll cross the billionaire threshold line at age 49, in the year 2034 (LeBron's birthday is right at the end of December). For reference, Dr. Dre is currently 51. LeBron will almost certainly become a billionaire at a younger age than if/when Dre eventually does it.

But will LeBron do it first? A lot of that depends on Apple's stock. Despite a prediction of decline, let's assume Apple once again beats the odds and gives a modest return of 6% each year. In 18 years, it would reach about $269 per share. After taxes, Dr. Dre would have made roughly $180 million in Apple stock. That puts him at $960.5 million by the time LeBron hits $1 billion. Talk about a neck and neck race!

Of course, plenty can happen over the next 18 years. We're looking forward to seeing what other business deals LeBron and Dre develop over that time. If they're anything like those they have arranged in the past, they'll be fantastic.