By Brian Warner on October 3, 2021 in Articles › Billionaire News

The personal wealth of Vladimir Putin is a regular topic of debate in the upper echelons of world power and economics. It's also a topic we have covered extensively here at CelebrityNetWorth. Search CNW for "Vladimir Putin wealth" and you'll find about two dozen articles on the topic going back nearly a decade. We currently peg Vladimir Putin's net worth at $70 billion. Some sources have placed the number as high as $200 billion. Even at "just" $70 billion, that would make Vladimir the 15th richest person in the world.

Vladimir has long-denied controlling a vast fortune. His official position is he is not a billionaire, not even a millionaire. His most-recent financial disclosure detailed a relatively meager net worth consisting of $180,000 in a savings account, a few Russian-made automobiles and a 16,000 square foot plot of land in the Moscow suburbs. He makes a little over $100,000 per year in salary.

On the other hand, there have been rumblings that Vladimir spent $1.4 billion on a personal palace and allegations that he secretly owns extremely valuable chunks of several oil, gas and chemical companies.

And then there's the fact that some of Vladimir's close friends, family members and even supposed girlfriends somehow end up sitting on massive fortunes that appear out of thin air. For example, did you ever hear the story of how Putin's former son-in-law reportedly received a $400 million stake in a chemical company as a wedding present? My favorite wedding gift was a Dyson Trigger hand-held vacuum which retails for around $350. If you have the means, I highly recommend it. It really sucks.

Today, thanks to the Guardian, the BBC and the International Consortium of Investigative Journalism (ICIJ), some new light has been shed on the hidden off-shore wealth of a handful of world leaders including Putin and his inner circle. 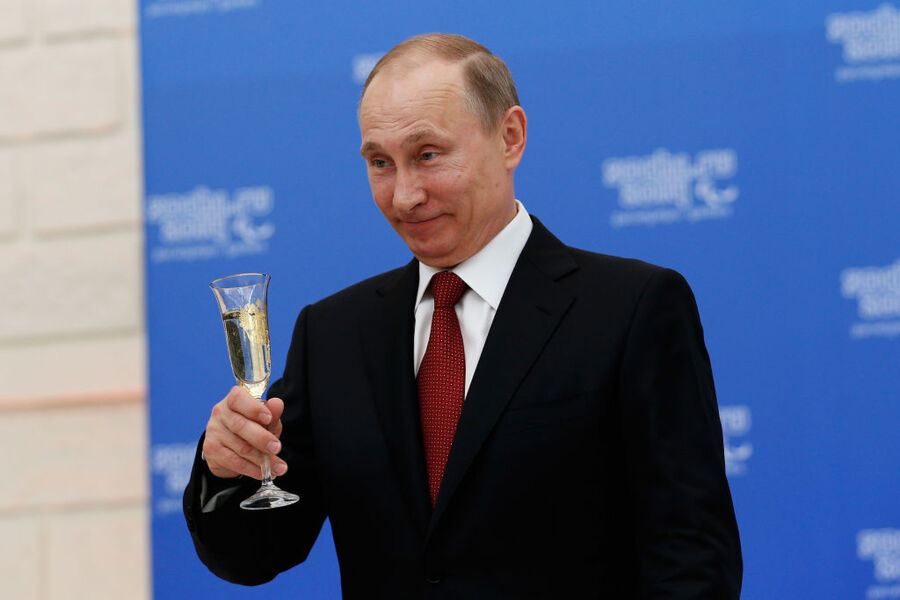 A general disclaimer: The anecdotes we detail in this article come from the Guardian's reporting. We haven't seen the Pandora Papers and can't verify anything. We'll try to keep usage of  "reportedly" and "allegedly"  to a minimum, but everything is alleged and unconfirmed. I'm also quite certain these allegations will be denied by the parties involved, if they haven't been already…

On Sunday, the Guardian dropped a bombshell report detailing a literal treasure trove of documents that have been dubbed the "Pandora Papers."

The Pandora Papers consist of 12 million documents that were leaked to the International Consortium of Investigative Journalism (ICIJ). Those 12 million documents came from 14 financial services companies handling transactions for ultra-wealthy people. The financial companies are based in Singapore, Panama, Belize, Cyprus, Switzerland, the United Arab Emirates and the British Virgin Islands.

One of the most eyebrow-raising allegations involve a woman who is allegedly Putin's former girlfriend/baby momma.

Right out of the gate, the Guardian tells the story of a luxury apartment in Monaco that was purchased in 2003 for $4 million. The apartment was reportedly purchased by a British Virgin Islands-based company called "Brockville Development Ltd." Brockville is owned by two Panamanian-based companies: Sefton Securities and Radnor Investments.

According the Pandora Papers, when you peel back the layers of shell companies criss-crossing the globe, the true and actual buyer in 2003 was a 28-year-old woman named Sventlana Krivonogikh.

According the Guardian, over the last 20 years Svetlana – a woman of modest background who was working as a department store cleaning lady in the 1990s – somehow managed to acquire at least $100 million worth of assets. Svetlana reportedly owns a yacht, a luxury apartment in her home town of St Petersburg and several properties in Moscow.

Last year, the Russian independent investigative outlet Proekt alleged that Svetlana befriended Putin in the 1990s when he was the deputy mayor of St Petersburg. She allegedly became Putin's girlfriend. In 2003 Svetlana had a daughter named Luiza. Proekt claims that Putin is the father.

Outside of personal apartments and yachts, Proekt claims that Svetlana has also managed to acquire valuable shares in a bank and even a ski resort, both of which have some serious Putin red flags.

According to the Guardian, Bank Rossiya was founded in the 1990s using startup capital provided by the Communist party. A man named Yuri Kovalchuk, who is sometimes called "Putin's personal banker," is Bank Rossiya's biggest shareholder. Yuri's net worth peaked at around $2 billion before he became one of a handful of prominent Russian businessman targeted by the US Treasury with sanctions over their involvement in 2014 Crimean crisis. Today his net worth is estimated at $650 million.

Nikolai Shamalov is another Bank Rossiya shareholder. He's also one of the businessmen who were sanctioned by the Treasury back in 2018.

Nikolai was working as a dentist in the 1980s when he befriended Putin. Over the next decade Nikolai somehow managed to acquire a large portfolio of assets including his stake in the bank.

Through Bank Rossiya, Svetlana, Nikolai and Yuri all reportedly own pieces of a luxury ski resort outside of St Petersburg called Igora. Putin is quite fond of Igora. He has skied there a number of times.

In 2013 Putin's daughter Katerina got married.

Guess where she got married? Igora.

The name of Katerina's groom? Kirill. His last name? Shamalov.

Kirill is Nikolai's son. Nikolai is the dentist turned tycoon who has known Putin since the 1980s.

Kirill is the former son-in-law (he and Katerina divorced in 2018) who allegedly received a $400 million stake in a chemical company for $100, as a wedding present.

That's part one of the Pandora Paper revelations. There are other stories involving the King of Jordan, Tony Blair, the President of Azerbaijan and the Prime Minister of the Czech Republic. We'll be posting the most interesting stories from the revelations and any follow ups that come.