The Sackler family built one of the largest fortunes in the country on the back of a popular painkiller. The Sackler family owns Purdue Pharma. Their company has sold more than $35 billion worth of their supposedly addiction-proof painkiller, OxyContin, since it hit the market in 1995. Purdue Pharma makes approximately $3 billion per year, mostly from U.S. sales of OxyContin. The Sackler family also owns a number of other drug companies that peddle their pills in Canada, Europe, Asia, and Latin America. Those companies' combined yearly income adds another $3 billion to the mix. The combined worth of their drug companies and respective dividends over the years puts a conservative estimate of the Sackler family's net worth at $14 billion.

Purdue Pharma has found itself under fire in recent years. Allegations are being lobbed at them that said they purposefully misbranded OxyContin as less addictive than it actually was.

Deaths from painkiller abuse has continued to rise. Now, the mayor of one small working class town – Everett, Washington—has decided to take on Purdue Pharma directly in an effort to stem the devastation opioid abuse has caused in his town. 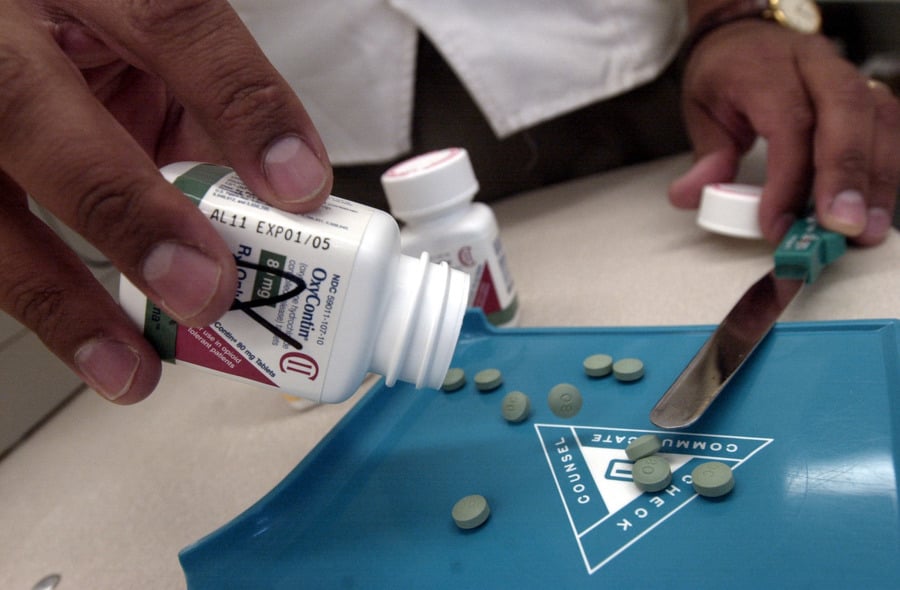 Mayor Ray Stephanson has increased patrols, hired social workers with experience talking to addicts to ride with his police officers and is trying to get more permanent housing in place for his town's chronically homeless people. He claims the city has spent millions fighting OxyContin abuse.

Everett, Washington is suing OxyContin maker Purdue Pharma, alleging that the drug company was complicit in allowing its pills to hit the black market. Everett alleges that Purdue did nothing to stop the plague it has brought to this city north of Seattle with a population of 108,000.

The lawsuit is now in federal court in Seattle. It accuses Purdue Pharma of gross negligence and nuisance. The city wants to hold the drug maker accountable for "supplying OxyContin to obviously suspicious pharmacies and physicians and enabling the illegal diversion of OxyContin into the black market" and, by extension, into Everett.

Stephanson grew up in Everett. He is the city's longest-serving major and has been in office since 2003. He believes his town's opioid crisis has been caused by "Purdue's drive for profit." The crisis has completely overwhelmed Everett's resources. Everyone from first responders on the scene of overdoses to park rangers cleaning up discarded syringes has been affected – not to mention the addicts themselves.

The lawsuit does not specify how much Everett is seeking. The mayor is still trying to quantify the costs of their war on OxyContin.

Purdue Pharma says the lawsuit paints a flawed and inaccurate picture of the events that led to the crisis in Everett. This is far from the first time the company has faced a lawsuit based on misrepresenting their biggest selling drug. In 2007, Purdue pled guilty to false marketing charges to the Department of Justice and paid $635 million in fines. That same year, the company also settled lawsuits with Washington and other states that claimed Purdue marketed OxyContin aggressively to doctors while downplaying the risk of addiction.

A complicated case brought against Purdue Pharma by the state of Kentucky alleging false marketing, was filed in 2007 and settled for $24 million in 2015. Purdue Pharma steadfastly denies any wrongdoing in this current case or any past lawsuits, citing precedence of other cases against the company that were dismissed when the evidence could not back up the false marketing charges. After all, their attorney argued, the marketing didn't cause the abuse.

Everett's case against Purdue is different because the city is making a case about the results of addiction. The city will have to show that OxyContin diverted from shady doctors and pharmacies was a big factor in the city's addition problem.

As part of the 2007 settlement with the state of Washington, Purdue was required to set up internal controls that tracked illegal distribution of its most famous drug. Stephanson's ire was raised when he read a report in the Los Angeles Times that said it found that Purdue had proof that there was significant illegal trafficking of OxyContin but in most cases, did nothing to stop the flow and did not alert authorities.

Purdue responded to the LA Times piece, saying that in 2007 it provided Los Angeles law enforcement with information that led to the convictions of criminal doctors prescribing the drug and pharmacists doling out the drug.

Stephanson maintains that Purdue actually created a market for addicts that didn't exist until they willfully let their pills flood the black market. The Everett region has seen two spikes in overdose deaths. The first was in 2008 from OxyContin and other opioid painkillers. The second was in 2010 when Purdue reformulated OxyContin to make it harder to abuse. Addicts turned to heroin in search of a cheaper, potent high.

Everett's law suit alleges that Purdue's refusal to monitor the distribution of their drug fueled the heroin crisis in Everett. In the years from 2011 to 2013, one in five heroin-related deaths in the state of Washington happened in Everett.

Purdue Pharma is still 100% owned by the Sackler family. None of the Sacklers have personally been charged in the many lawsuits against Purdue Pharma.