By Amy Lamare on December 15, 2018 in Articles › Billionaire News

Phil Ruffin, a long-time Las Vegas casino owner is expanding to Miami. It was announced this week that he purchased Casino Miami, which is located on the northwest corner of Miami International Airport. He told the Miami Herald that he plans to bring Las Vegas to Florida. Just last month, Amendment 3 passed in Florida, putting commercial gaming license approval in the hands of Florida voters rather than the lawmakers in Tallahassee. As a result, Ruffin believes that existing gaming licenses like Casino Miami's are much more valuable. Casino Miami generated $60 million in revenue from January through the end of October. That's an 8% increase over last year and double the average in Florida.

Ruffin is best-known for selling Las Vegas' New Frontier casino for a then record $1.2 billion in 2007. These days, the 83-year-old owns the Treasure Island Hotel and Casino. He is also a close friend of Donald Trump. The president was the best man at his wedding in 2008 when Ruffin, then 72, tied the knot with then 26-year-old Miss Ukraine 2004 title holder, Oleksandra Nikolayenko. Ruffin, who has a net worth of $2.5 billion, also owns a 50% stake in Trump International Hotel in Las Vegas. The two are so close, in fact, that Ruffin will be spending New Year's with Donald and Melania at Mar-a-Lago. 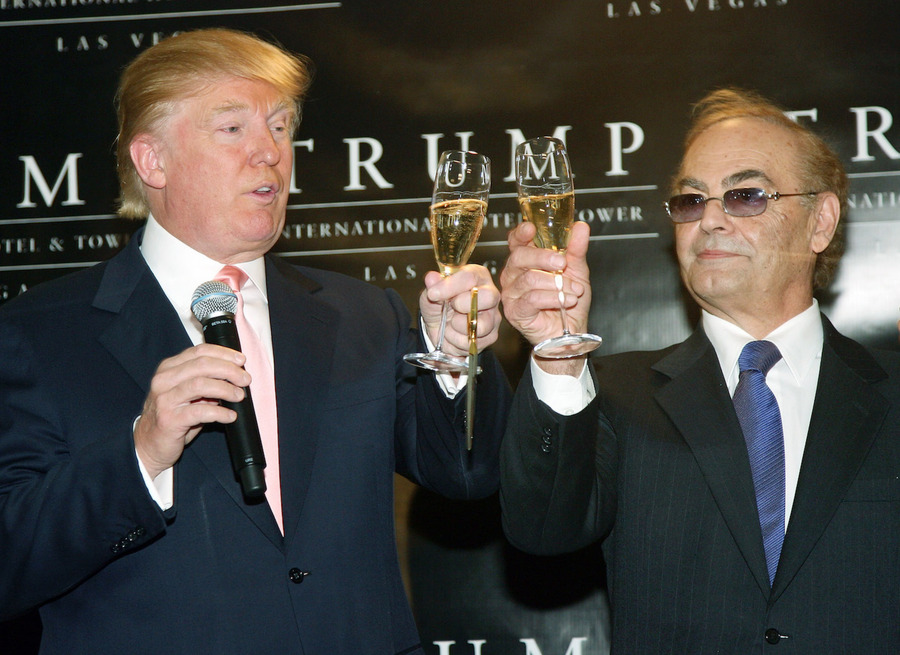 Ruffin was born in March 1935 near Amarillo, Texas. He was raised in Wichita, Kansas, where his father ran a grocery store. He graduated from Wichita North High School in 1953 and attended Washburn University and Wichita State University, but never finished his degree. In 1972, Ruffin brought self-serve gasoline to Kansas when he created a chain of 60 convenience stores in the Midwest. In 1987 he took the cash from the convenience store business and built his first hotel – a Marriott in Wichita. In 1994, Ruffin leased his convenience stores to Total and used the cash proceeds from that to buy more hotels. In 1995, he bought the Crystal Place resort and casino in the Bahamas and mortgaged it to buy the New Frontier Hotel and Casino in Las Vegas in 1998.

When he purchased the New Frontier Hotel and Casino, it had been mired in the longest running, and often violent, strike with the Culinary Workers Union in the history of America. He settled the strike. In 2005, he demolished the hotel with plans to replace it with a new hotel and casino called The Montreux. That development never happened. In 2007, he sold the land the former New Frontier stood on to El Ad Properties for $1.2 billion. The 36-acre sale was the largest per-acre price in The Strip's history at the time.

In 2008, Ruffin bought the Treasure Island Hotel and Casino from MGM Mirage in 2008 for $600 million in cash and $175 million in secured notes. Ruffin estimated that to build a resort like Treasure Island from the ground up it would cost $2.7 billion, so he got a deal.

The Casino Miami purchase included 21 undeveloped acres. Ruffin plans to add a hotel to the property.  The lot size is more than 300,000 square feet. The 150 employees of the casino and hotel will keep their jobs. The property is nearly 100 years old and was sold by Fronton Holdings, which bought the property in 2014 at a bankruptcy auction for $155 million.