Dr. Patrick Soon-Shiong is the richest person in Los Angeles and the richest doctor in the world, thanks to his lucrative career in biotech engineering. He has a net worth of $15.5 billion. The South African born doctor made a $12 million donation to the University of Utah in September 2014 and was hailed as a hero by officials from the university. For months, the school put out press releases thanking Dr. Soon-Shiong for his generosity. What wasn't mentioned in any of the accolades was that $10 million of the good doctor's donation was being funneled right back into one of his own struggling companies.

Soon-Shiong is a doctor and entrepreneur with a flair for self-promotion. He's met with former Vice President Joe Biden and is rumored to have lobbied Donald Trump for a position as national health care czar. Money buys influence and Dr. Soon-Shiong has both in abundance.

Patrick Soon-Shiong was born in South Africa in 1952. He graduated high school at 16, and got his medical degree from the University of the Witwatersrand in Johannesburg at the age of 23. He then earned a Master of Science from the University of British Columbia before moving to Los Angeles for surgical training. Soon-Shiong, who now holds over 50 patents, was a member of the UCLA Medical School faculty from 1983 to 1991. 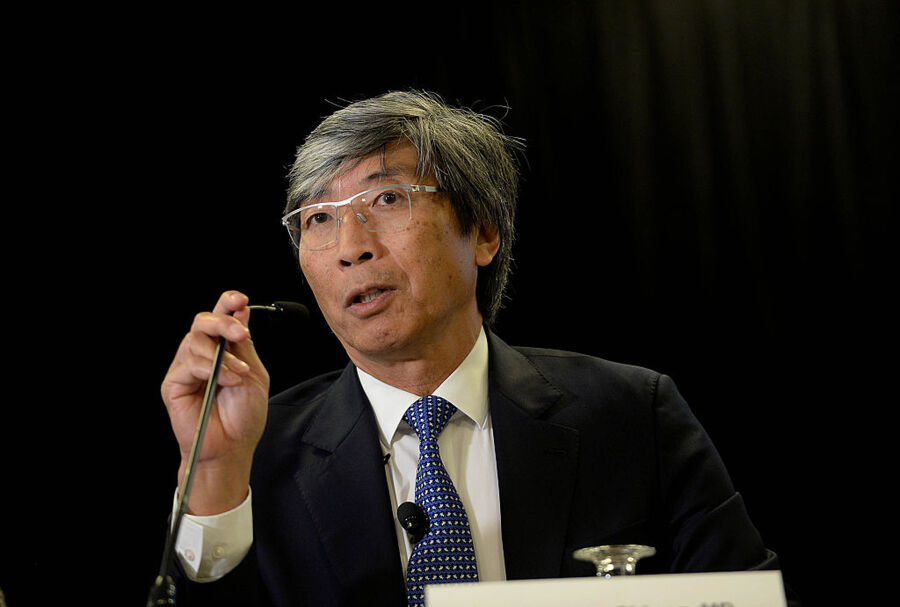 Soon-Shiong left UCLA in 1991 and founded a biotechnology company called Abraxis BioScience. Under Patrick's leadership, the company eventually developed a revolutionary drug used in the treatment of breast, lung and pancreatic cancers. The drug, Abraxane, was approved by the FDA in 2005 for the treatment of breast cancer when chemotherapy was not working. By 2009, Abraxane had generated $315 million in revenue per year. In 2010 Abraxis BioScience, which was solely owned by Soon-Shiong, was acquired for $3 billion in cash and stock. Soon-Shiong then founded NantWorks in September 2011. Nantworks's health division, NantHealth, is on a mission to provide cloud-based data to the healthcare industry. One of the company's super computers is now able to analyze and transfer the genetic data from a tumor in under a minute. In 2010 Soon-Shiong bought Magic Johnson's stake in the Lakers, making him the largest owner of the NBA team outside of the Buss family.

The contract Soon-Shiong entered into with the University of Utah had an ambitious goal: to find genetic markers for causes of diseases including cancer and Lou Gehrig's disease. The contract outlining the donation specified that any improvements or breakthroughs would be owned by the original owner of the algorithm – Dr. Patrick Soon-Shiong.

He benefited more from his donation to the University of Utah than did the school. He got a ton of patient data to help him build a new product that would be able to assess a person's risk of inherited and rare diseases. As mentioned, he also got an influx of cash for one of his struggling companies. In addition, he was able to report all genetic sequencing done by the University of Utah as tests run by his company. This helped increase the confidence of investors in his flagship product, the diagnostic tool called GPS Cancer. Oh, by the way, those University tests that he included in the investor reports had nothing to do with diagnosing cancer or recommending treatment for cancer.

The bad news for Soon-Shiong is that his apparent intention to funnel money through the university and back to his own company is laid out in black and white in the contracts. The contract was worded in such a way that, even though the University of Utah shopped around for labs to process the tests, Soon-Shiong's own lab was the only lab that could actually process the tests. The University of Utah deal appears to violate federal tax rules governing charitable donations. Experts brought in to review the contracts have stated that they point to self-dealing.

Stock of Soon-Shiong's company has fallen by more than  23% since news of this scandal broke. NantHealth's stock closed on Monday at $4.10 a share, which is nearly an all-time low since the company went public last June.