It's so great to hear about companies and bosses who continue to pay their employees when their businesses are shut down due to the COVID-19 pandemic. Billionaire Larry Ellison is one of those people, at least when it comes to the Hawaiian island of Lanai, which he owns. Back in 2010, he bought 98% of the island for $300 million and has been known ever since as a benevolent landlord to the people and businesses of Lanai. He's furthering that reputation by paying the full wages and benefits for the workers on his island while many of its businesses are shut down.

Lanai is the smallest inhabited island in Hawaii. It was once known as "The Pineapple Island" due to its origins as a pineapple plantation. In 1922,  James Drummond Dole was a young Harvard graduate living in Oahu running his fledgling pineapple business. That year, Dole paid $1.1 million for the land and just like that, an entire island was taken over by Dole pineapple. Dole plowed the island's interior into fields, built roads, and a harbor, and laid out a quaint town in the center of the island with Dole Park in the middle. The park was surrounded by plantation-style cottages to house the workers in his pineapple fields. By 1930, nearly all of the island's 3,000 residents were Dole employees. The island exported 65,000 tons of pineapples each year. Dole had gardeners care for his employees' lawns and built a golf course. Dole's motto was "Have happy workers, grow better pineapples." 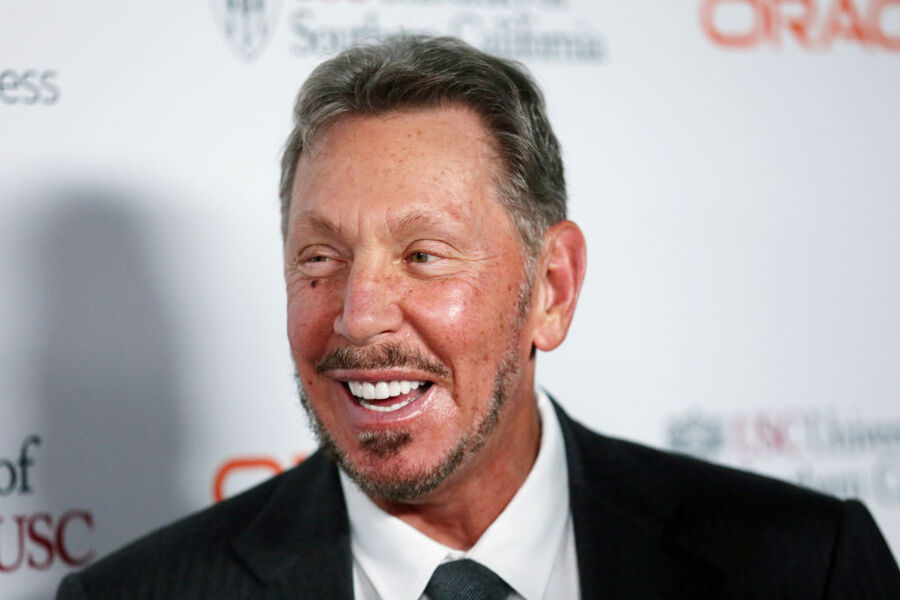 Lanai is one of the most secluded spots in Hawaii with gorgeous quiet beaches, hiking towns, and one small town – Lanai City – which is so small it doesn't even have a traffic light. The island is just 140 square miles and home to 3,200 people. The island has two golf courses, three hotels, a school, and a police station. Ellison owns the hotels on the island, the water company, the main supermarket, the cemetery, and about a third of the housing on Lanai. He is also negotiating to buy the island's electric grid.

Ellison has also reduced or eliminated the rent for all of the businesses on the land he owns. He is paying the wages of the employees that work for the businesses he owns on the island. There's no word as to whether or not Ellison will extend the wages, benefits, and canceled rent for May, too. Ellison owns the Hotel Lanai, the Four Seasons Resort Lanai, and the Four Seasons Hotel Lanai at Koele, a Sensei Retreat, which are the only three hotels on the island. They are all closed temporarily and a skeleton security crew is keeping them somewhat operational. Of all the properties and businesses on the island, only a handful are not owned by and don't pay rent to Ellison. This includes the gas station, two banks, a credit union, the rental car company, and a café. He also owns Dole Park – the central common square at the art of the city, and all the buildings around it. He also owns the community center, the town swimming pool, the theatre, the grocery store, two golf courses, the water company, a wastewater treatment plant, and the island's cemetery. He owns 87,000 acres of Lanai's total 90,000 acres.

One resident of Lanai has tested positive for COVID-19 after being exposed in Maui. That person is hospitalized in Maui so the virus has not yet reached Lanai.