LaCroix Founder Loses $500 Million In Hours, Calls It An Injustice

For the past few years, LaCroix sparkling water has been hot. However, the company lost $500 million in a few hours on Thursday, March 7 when the company posted dismal third quarter earnings that saw revenue drop 2.9% versus the same period last year. Earnings per share declined by 40%. This is not sitting well with LaCroix's parent company National Beverage's owner Nick Caporella. He called it the result of injustice, noting that the downturn was not caused by "negligence nor mismanagement nor woeful acts of God." He said declining sales impacted gross margins as did higher taxes. It isn't too hard to picture the eccentric 83-year-old billionaire shaking his fist at the sky in a moment of rage.

Friday morning Guggenheim Securities downgraded National Beverage to a sell, writing that "increasing competitiveness of the category gives us increased conviction that a rebound is unlikely." Sales of LaCroix started declining last October, after the controversy about whether or not LaCroix actually is "all natural," as advertised across social media.

Investors were not thrilled with the weak results of the third quarter report. Shares of National Beverage fell by more than 22% by 10:30am eastern time on Friday, to $52.90. This effectively wiped out about $500 million of Caporella's net worth. 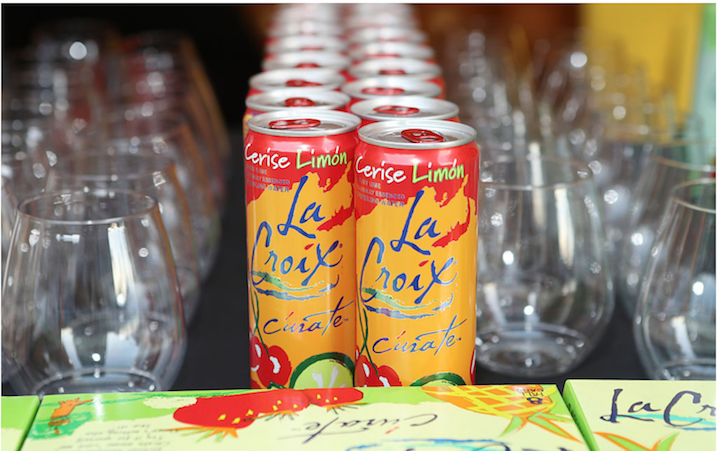 Caporella's bizarre claims of injustice were included in a note that accompanied the earnings report. He apologized to investors for the lackluster earnings and said:

"Managing a brand is not so different from caring for someone who becomes handicapped. Brands do not see or hear, so they are at the mercy of their owners or care providers."

He also expressed his love of the United States in the letter, saying: "Patriotism—if only we could bottle it!"

Nick Caporella is the son of a coal miner. Caporella went into construction when he was 21 years old. He started a contracting business that specialized in heavy duty excavations. That firm was acquired in 1972 by Burnup & Sims, a telecommunications and cable company. In 1976, Burnup & Sims named Caporella its CEO. He had no idea how to do that job. After all, he was basically a contractor.

Caporella slashed half the work force and sold off nine of the company's 19 subsidiaries. He hung on to the cable company, which turned out to be exactly the right thing to do. It was the late 1970s and cable television was about to take off in a huge way. Caporella's company ended up laying the wires for cable giants Cox and Time Warner. Around the same time, the company acquired Floyd Enterprises, which owned movie theatres and soft drink bottling plants.

All of Caporella's success ended up catching the eye of the notorious corporate raider Victor Posner. Posner first started investing in Burnup & Sims in the 1970s and by 1984, owned a 43% stake in the company. Caporella became worried about the threat of a hostile takeover and began looking for someone or some way to protect his company.

In 1985, he set up National Beverage to ward off the hostile takeover and sold a 40% stake in Burnup & Sims for $38.2 million as well as 1.8 million shares. This move reduced Posner's stake to 35%. Then, Caporella bought the Shasta brand from Sara Lee. A year later, Caporella sold another 5.2 million Burnup & Sims shares to National Beverage. That ended the threat of a hostile takeover by Posner by reducing his stake to 23%.

In the 1990s, Caporella sensed that consumers were beginning to show more interest in healthier options for their beverages. In 1996, he bought sparkling water brand LaCroix. The trend of health conscious soda drinkers has made National Beverage the fourth largest soft drink company in the United States.