It's no secret that California is expensive. No matter how you look at it, it costs more to live in the Golden State than it does in most of the U.S. From apartments to houses, Californians spend a big chunk of their salaries on their homes. The average annual property tax bill in Los Angeles County is about $5,600. Mega-mansions represent a tiny fraction of the tax bills due. However, there are 12 homes in Los Angeles County that have an annual property tax bill of over $1 million.

The beach house located at 22310 Pacific Coast Highway sits on a half-acre of prime Malibu beachfront and has an annual property tax bill of $1.31 million. Houses on this section of Malibu's Carbon Beach don't come up that often. This particular one used to belong to Hard Rock Café co-founder Peter Morton. It sold to natural gas billionaire Michael Smith in 2018 for $110 million.

The home is spread across two lots and has seven bedrooms and nine bathrooms in its 8,000 square feet. It has a guest house and 100 feet of beach frontage. The $110 million sale was, at the time, the most expensive home sale ever in Los Angeles County, besting the previous record of $100 million which was attained twice in 2016 for the sale of the Playboy Mansion and for a spec mansion in the same Holmby Hills neighborhood. 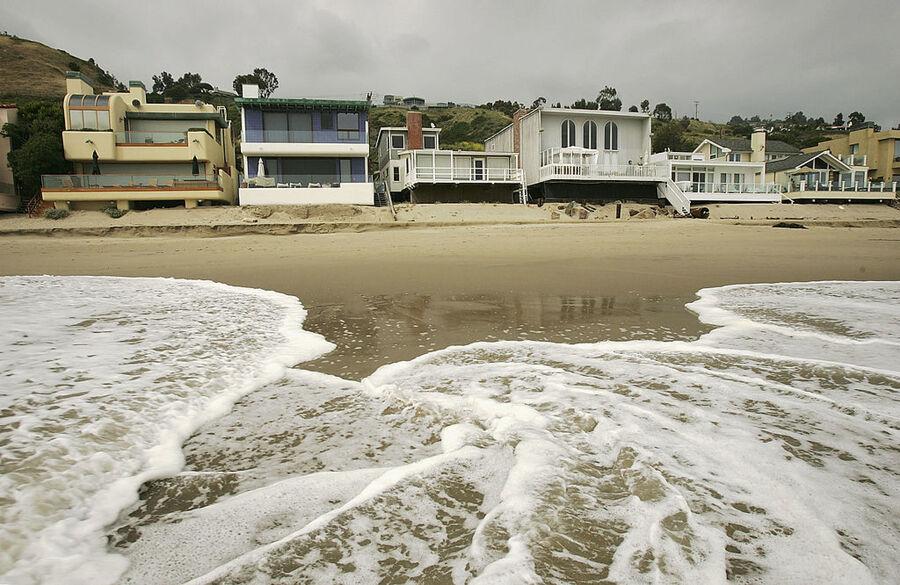 This particular home is unusual, even for Billionaire's beach, because it takes up two lots. The home sits between two homes owned by Oracle co-founder Larry Ellison. Morton acquired the two properties over three decades in separate transactions equaling $5.6 million. Architect Richard Meier was hired to design the new home. The house is wrapped in teak and has wrap-around balconies to take advantage of the ocean view. The home features wood plank walkways leading to the beach, a swimming pool, and a lush garden.

It took two years to complete the deal. The buyers, Michael and Iris Smith, were shown the home a number of times and also leased the home for an extended period of time to be sure they wanted to spend $110 million on it. Smith is the chairman and CEO of Freeport LNG Development, a Texas-based energy company that offers vacuum-insulated gas transfer lines, regasification services, and storage facilities for liquefied natural gas. He previously served as president of both the Colorado Oil & Gas Assn. and Basin Exploration Inc. Smith's neighbors include Ellison as well as Jeffrey Katzenberg and billionaire real estate developer Eli Broad.