By Brian Warner on November 18, 2019 in Articles › Billionaire News

Earlier this morning it was announced that Kylie Jenner had inked a deal with cosmetics conglomerate, Coty Inc., to sell 51% of her company, Kylie Cosmetics, for $600 million. The deal values the newly dubbed "Kylie Beauty" at $1.2 billion. Kylie retains a 49% stake that on paper today is worth $588 million.

The structure of the deal is not clear yet. We do not know if the deal is cash and stock, all stock, or all cash. Coty expects the deal to close sometime in the third quarter of 2020.

*** Actually, we just learned (1pm PST) thanks to Coty's 8-K filing with the SEC that the deal was ALL CASH.

"In accordance with the terms of the Purchase Agreement, and subject to the satisfaction or waiver of the closing conditions set forth therein, Coty will acquire 51% of the equity interests in King Kylie from the applicable Seller Group Parties for a base purchase price of $600,000,000 in cash, subject to certain customary adjustments." 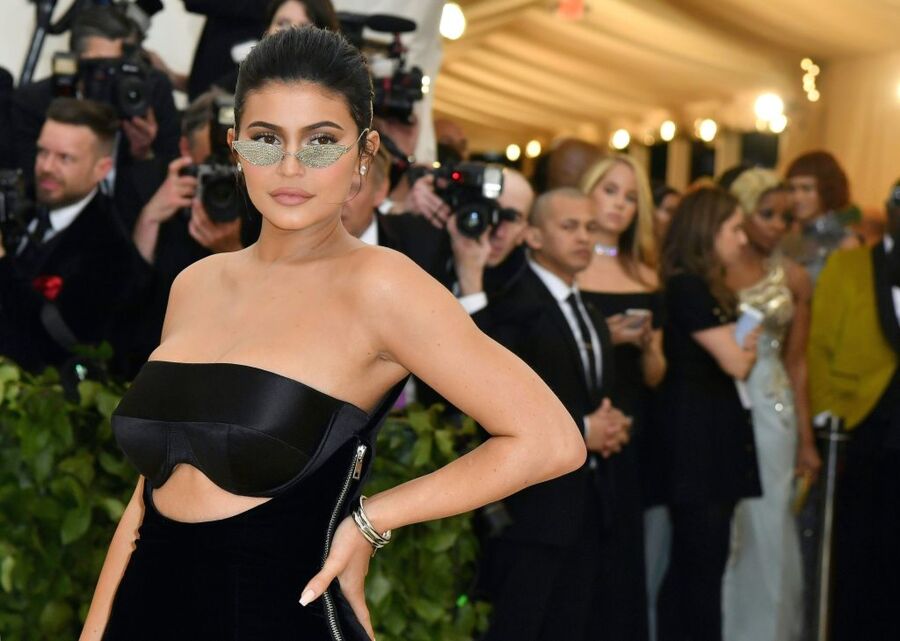 Coty Inc. is probably best-known today as the company behind brands like Clairol, Wella, CoverGirl and Max Factor. The European-based firm acquired around a dozen beauty brands from Procter & Gamble in 2016 in a deal worth $12.5 billion. Unfortunately, time has proven those investments to be unwise as beauty startups like Kylie's gobbled up more and more of the cosmetic world's market share.

In 2018, struggling sales and executive turnover caused the company's stock to decline nearly 70%. Shares were up around 4% after announcing the Kylie acquisition.

JAB Holding Company is owned by the Reimann family. In April 2019 the family acknowledged that previous generations of Reimanns had deep ties to the Nazi party, donating vast sums of money to the SS even before the rise of Hitler. During World War II, JAB used hundreds of slave laborers at its chemical company. The company used Russian and European civilians and French prisoners of war. After the war, the family was temporarily banished from doing business or setting foot in France, though that was eventually overturned.

"We are pleased to welcome Kylie into our organization and family. Combining Kylie's creative vision and unparalleled consumer interest with Coty's expertise and leadership in prestige beauty products is an exciting next step in our transformation and will leverage our core strengths around fragrances, cosmetics and skincare, allowing Kylie's brands to reach their full potential."

Kylie followed up with a statement of her own:

"I'm excited to partner with Coty to continue to reach even more fans of Kylie Cosmetics and Kylie Skin around the world. I look forward to continuing the creativity and ingenuity for each collection that consumers have come to expect and engaging with my fans across social media. This partnership will allow me and my team to stay focused on the creation and development of each product while building the brand into an international beauty powerhouse."

In a follow up statement, the company revealed that going forward, Kylie will be leading all of Coty's communications initiatives. In other words, Coty plans to massively tap into Kylie's 270 million combined social media followers.

Kylie launched her cosmetics empire in 2015 with a line called Kylie Lip Kit that sold out within minutes. Today her roster of products is extremely popular at retailers like Ulta Beauty which actually saw its own revenues pop in recent years, thanks to Kylie's sales. According to a statement from Coty today, Kylie Cosmetics generated $177 million in revenue in the previous 12 months.

Eating Some Crow: Anyone who has followed CelebrityNetWorth in the last two-ish years has probably seen that we've been highly skeptical of all the numbers and proclamations around Kylie Jenner's purported wealth. Clearly today we are eating a bit of crow. Though, in our defense, we have always maintained that we thought Kylie was extremely successful (with a recent estimated net worth of $400 million), but that we wanted to wait and see real numbers and deals like today's before officially donning her with billionaire status.

Here's some history of our reporting of Kylie's net worth:

In July 2018, Forbes published what we thought was a clickbait article proclaiming Kylie as the youngest billionaire in the world. The article contained some extremely fuzzy math. The math in that article consisted of nothing more than "Kris Jenner told us the company generated $300 million in revenue in 2017 and therefore the company is worth $800 million today and since Kylie has a separate $100 million, she's a billionaire!" [That's a paraphrase, obviously].

First of all, $800m +100m =900m. And that is fundamentally $100 million (after tax dollars) away from being a billionaire. More importantly, if Kylie's business was indeed worth $800 million back then, after paying taxes she'd be left with $400-450 million, which when combined with her vaguely reported separate $100 million fortune would make her worth $550 million.

Furthermore, we just could not accept the idea that her cosmetics company should be valued so highly based on simple valuation methodology. We have since been proven wrong on this point, but it doesn't mean the methodology was wrong.

As we mentioned previously in this article, Coty Inc today revealed that in 2019, Kylie Cosmetics will generate $177 million in revenue. That's 50% lower than what the company was purportedly generating a year ago. Was Kris Jenner's math, as told to Forbes, wrong or a lie? Or have Kylie's sales tanked by 50% in recent years?

If the company's sales are indeed off by 50% compared to 2017, why would the company be a desirable acquisition target in the first place?

According to Coty, Kyle's company operates at a 25% margin which puts 2019 profits at $44 million based off $177 million in sales. To sell her company at a $1.2 billion valuation, Kylie was paid a 27X profit multiple. FYI, Facebook trades at a 26X multiple. Procter & Gamble trades at 24X. Coty Inc. itself trades at 18X.

That's stunning and we honestly have to give major props here. Coty was willing to pay Kylie 27 years worth of future potential profits up front in advance today to own half the company. They must have major plans for the brand.

Where We Went Wrong: A major mistake we clearly made was trying to value Kylie's business as a traditional retail company. Clearly her business is much more than a simple cosmetics company. It's a multi-media powerhouse that has direct access to 270 million motivated young shoppers. I would not be surprised if we learned that with today's deal, Coty Inc. acquired formal access/ownership over Kylie's social media following.

If I'm grading our work in the last 1.5 years harshly, I would say we here at CelebrityNetWorth have been overly skeptical of Kylie's business success. One could even describe us as "haters." It would be a fair criticism. But I also want to say that we've grown cynical after reading countless Forbes stories that build up people like Elizabeth Holmes, Jessica Alba, 50 Cent, Adam Neumann…with sensational headlines that ultimately prove to not be based in reality. We think billionaire status is special. Kanye West can't simply become a billionaire because he says "I'm a billionaire!" the way Michael Scott declared bankruptcy :).

Frankly, I hope Forbes got a commission on Kylie's sale today. They earned it.

But mainly, we want to say congratulations to Kylie Jenner on an absolutely incredible achievement and for officially hitting billionaire status. She has definitely earned it.