Kim Kardashian And Kanye West's Combined Net Worth Is $4.2 Billion

By Amy Lamare on January 5, 2021 in Articles › Billionaire News

Attention divorce attorneys of Los Angeles! There's a rumor going around that Kim and Kanye have officially split. If the rumors are true, this divorce could be extremely messy and extremely expensive. It goes without saying that Kim and Kanye are extremely rich. Unfortunately (for them), their fortunes are a complex web of non-liquid business assets. They also spent the majority of their relationship as California residents (Kanye may now officially be a Wyoming resident). In California, couples must split the value of all income earned and assets launched during the marriage.

As of this writing, we estimate that Kim Kardashian and Kanye West have a combined net worth of:

What exactly have Kim and Kanye done to put together a combined net worth of $4.2 billion? Let's break down the separate fortunes that might be up for grabs:

Kim earns between $50-$80 million annually from her various endeavors. From June 2018 to June 2019, she earned $72 million. Between June 2019 and June 2020, she made $50 million. Kim's annual earnings come from endorsements, appearance fees, reality TV salary, and paid Instagram sponsorships. She also has a line of tanning products, a clothing line at Sears, her line of shapewear, and much, much more.

For several years, Kim's biggest source of income was revenue generated her mobile game "Kim Kardashian: Hollywood." The game has generated more than $200 million to date and has been downloaded more than 60 million times. Kim keeps 28% of all the revenue from the game.

Kim's most valuable asset is her KKW Beauty company. The company generates more than $100 million per year in gross revenue. 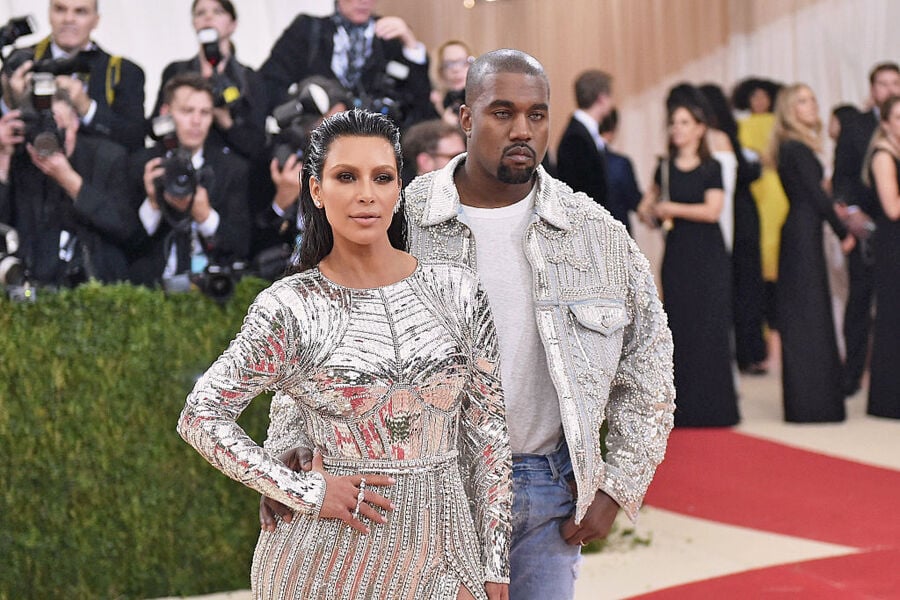 Kanye has proven he's no "Gold Digger," as he has his own net worth of $3.2 billion. In recent years Kanye has earned around $100 million annually from his various endeavors. The vast majority of his earnings have come from royalties and other earnings-related to his Yeezy brand and Adidas partnership. Kanye separately owns 100% of his Yeezy apparel line and also earns a royalty on the sales which are reportedly north of $1.5 billion per year.

He also owns the company KW Foods LLC., which owns the rights to the Fatburger fast-food chain in Chicago. In January 2012, West announced the establishment of DONDA, a creative content company named after his late mother Donda West. Additionally, West is a co-owner of the music streaming service Tidal, along with other music artists such as Jay-Z, Rihanna, Madonna, Chris Martin, and Nicki Minaj. Most of the stakeholders involved own a 3% equality stake.

Kanye has around $100 million in liabilities.

If the divorce rumors are true, you can see we are talking about a lot of non-liquid assets like real estate, private business equity valuations, music copyrights and intellectual property. All of these assets need to be examined, re-evaluated and then split if they were launched during their marriage.

Kanye and Kim legally married in 2014.

If the divorce is not amicable, how does Kanye give Kim half of the Yeezy brand? Using the $3 billion valuation, he would either need to pay her $1.5 billion in cash or give her a 50% cut. Unlikely that he would want to part with a 50% cut of his baby, so maybe he takes on a major bank loan to buy her out?

And by the way, in the time that it took to write this article, TMZ has confirmed that they are in counseling and that divorce is on the table. TMZ reports that the couple has discussed divorce for a while but have not given up hope yet. TMZ says they have been living in separately for a while and that Kim was about to pull the plug on the marriage before Kanye had a serious bipolar breakdown several months ago.