By Joseph Gibson on January 9, 2018 in Articles › Billionaire News

The legendary Winklevoss twins were there for the origins of Facebook, and they were early interested parties in cryptocurrency Bitcoin, too. Back in 2012, the Winklevoss twins purchased about 120,000 bitcoins when they were valued at less than a hundred dollars each, an investment of about $11 million out of their $65 million Facebook settlement (you probably saw the movie, so you know how that went down). As of this writing, that shakes out to about $1.6 billion worth of bitcoins to the Winklevoss' names today, and they recently revealed to The New York Times that they have a somewhat unique system to keep that fortune safe and secure.

Bitcoin is a purely digital property, and it can only be accessed by way of an individual key or password that allows users to get into their Bitcoin wallets. Anybody with the key can access the funds, and in the Winklevoss twins' case, an added layer of security was desirable. That layer works like this: The twins printed off their shared Bitcoin key, cut it into multiple segments, and stored each segment in different safe deposit boxes in banks across the United States. Even if by some freak occurrence a thief manages to break into one Winklevoss safe deposit box, the individual part of the key found therein would be effectively useless. Outside of a Nicolas Cage heist movie, that means that the Winklevoss' bitcoins are theirs and theirs alone – and according to them, back when they first purchased the stash that now requires new security measures to keep safe, they were laughed at for investing in a cryptocurrency, a fact that they say keeps them motivated in these new and different times:

"We've turned that laughter and ridicule into oxygen and wind at our back." 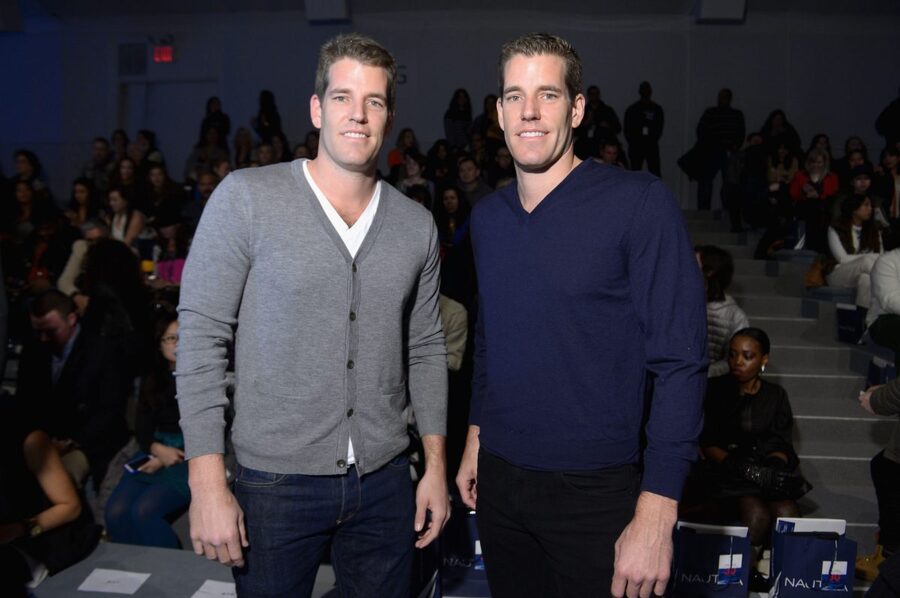 You might say that the Winklevoss twins are laughing all the way to several banks.