Kate Wang skyrocketed onto the list of the richest self-made women when her vaping company RLX went public on the New York Stock Exchange in January. The company raised $1.4 billion in the offering and instantly turned Wang into a billionaire. On the day of the IPO, she was worth $9 billion. Unfortunately, the last few months have been rocky for RLX. Today, her 20% stake in RLX is worth $2.9 billion.

A veteran of Uber and Procter & Gamble, the 39-year-old is facing impending threats from Chinese regulators.

In late March the share price of RLX dropped 54% — erasing $16 billion from the company's market cap. The slump continued as investors dumped their shares when the news that a crackdown from China's tobacco regulators was revealed.

Additionally, the SEC also announced it would begin enforcing a law that Chinese companies listed on the NYSE would have to provide audits or be de-listed. Wang handled this in style, as it was just another twist in the history of RLX, which rose from nothing to become China's largest e-cigarette brand in just three years. 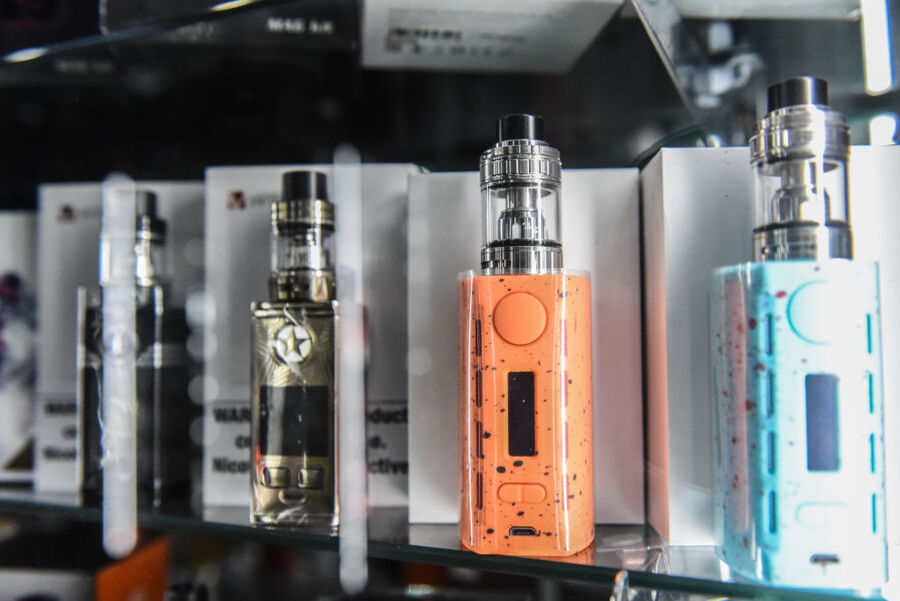 Wang grew up and went to college in Xi'an, a city in central China best-known for its famous terracotta warriors. She graduated from Jiatong University with a degree in finance in 2005 and took a management trainee job at Proctor & Gamble in the Chinese city of Guangzhou. She spent three years there as a project manager in the beauty and personal care department before moving to Hong Kong. In 2011 she moved to New York City to get her MBA at Columbia. She found being a world away in a new culture to be an awakening. Xi'an is very slow-paced; The fast-paced world of New York was inspirational.

After grad school, Wang spent a year at the Beijing office of Bain & Co. She then moved on to Uber China, followed by the Chinese ride-sharing service, Didi Chuxing, which merged with Uber China in 2016. She was tasked with launching Uber in Hangzhou, a city with 10 million people that didn't use ride-sharing services at the time.

In 2017, the U.S.-based company Juul had more than $100 million in funding and was growing. However, in China, there were virtually no e-cigarette companies. Wang, then 36, was trying to quit smoking. Her father smoked two packs a day and it was affecting his health. Wang tried the e-cigarettes available in China. They were all terrible. She saw an opportunity and decided to focus on older smokers who were trying to quit, like her dad.

She gave her notice at Didi/Uber China and recruited five of her colleagues to join her new startup, launching in January 2018.

Kate turned to crowdfunding on JD.com to get the company off the ground. She raised $6 million in seed capital in June 2018, positioning the company as a tech startup.

The vaping market in China at the time was pretty much unregulated and RLX grew rapidly. After a little more than a year of operation, RLX had garnered almost half of the domestic vaping market in China. In April 2019, Sequoia China and investor Yuri Milner led a $75 million Series A funding round.

In October 2019, Chinese regulators started cracking down on e-cigarettes in an attempt to slow underage vaping. That wiped out 20% of RLX's business in an instant.

In January 2020, RLX opened a flagship store in Shanghai. Today, RLX has more than 5,000 stores in 250 cities in China. The company requires ID and put facial recognition in place to prevent minors from shopping for e-cigarettes in RLX stores. RLX still has more than 60% of China's growing e-cigarette market.

Now Wang is facing another challenge, convincing her investors that the Chinese government won't take control of the e-cigarette industry for itself. All tobacco products in China are sold through government-owned stores – much like trying to buy alcohol in Utah or Pennsylvania.

In March, Chinese regulators revealed a draft of rules that would re-classify e-cigarettes as tobacco products and bring them under the control of China Tobacco. Between that and the SEC's audit arm threatening to de-list foreign companies if they don't allow audits of their books every three years, Wang has her hands full.

Wang doesn't know how things will shake out, but she is used to solving tough problems. In the worst-case scenario, Wang would be forced to sell at a price set by China Tobacco (which would likely jeopardize most, if not all, of her profit) and be forced to de-list in the U.S.

For the moment though, her business is booming and she's making money and growing RLX while she still can.