Kanye West Is A Billionaire

By Brian Warner on April 24, 2020 in Articles › Billionaire News

Kanye West designed his first shoe for Adidas way back in 2006. He then formed a partnership with Nike that produced several popular shoes, notably the "Red October" Air Yeezy 2s. Looking to form a Michael Jordan-esque long term performance-based partnership, Kanye asked Nike to switch from an endorsement deal to a royalty deal. Nike declined.

That was a mistake.

Adidas was laying in wait, ready to scoop Yeezy up with the royalty deal of his dreams. The Yeezy 1 debuted in February 2015.

If current projections are accurate, Yeezy will have have generated $20 billion in revenue between 2017 and 2026. Not bad for a company that by that point will still be less than a decade old. For context, Adidas, which was founded in 1949, generated $26 billion in 2019.

How did the switch from endorsement to royalty work out for Mr. West?

In 2015 Kanye's net worth was $175 million. Up to that point in his career, he had earned a total of $200 million (pre-tax) from his various endeavors (mainly music, concerts and merchandise).

As of this writing, Kanye isn't just a billionaire. He's a multi-billionaire. We estimate that Kanye West's net worth is $3.2 billion. 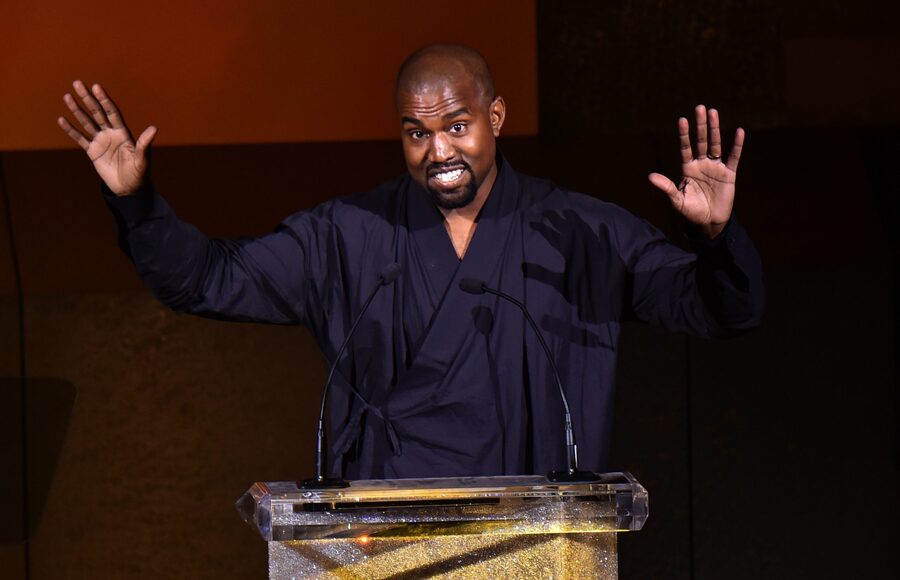 So why is Kanye suddenly achieving billionaire status? It all comes down to some recently released financial projections related to Yeezy.

For the last several years the three prominent celebrity wealth tracking publications (CelebrityNetWorth, Bloomberg and Forbes), have struggled to place a value on Yeezy. There have been questions about Kanye's exact ownership stake and royalty rates.

A year ago, an article in the New York Times stated that Kanye earned a 5% net royalty on Adidas Yeezy sales. At the time Yeezy was reportedly on pace to generate $1 billion in gross revenue, $200 – $300 million in net profits. At a 5% net royalty rate, that would have meant either $10 or $15 in royalties to Kanye.

The recently released Yeezy financials show that the brand actually generated $1.5 billion in gross revenue and that trickled down to $154 million net royalty payments to Mr. Kanye West. His royalty rate is hard to pin down because he earns a much higher cut of sales generated off Yeezy.com as opposed to sales generated by Adidas.

Over the next six years (including 2020) Kanye is projected to earn more than $2 billion in royalty payments from Adidas. At that point, if all goes go plan, the Yeezy brand will be worth $2-3 billion.

Total it all up and the combined present value of his future royalty payments and the future value of Yeezy is somewhere between $2.4 and $3.2 billion. That's present value to Kanye today.

When combined with his roughly $200 million in other assets, his after tax present value net worth today is at least $3 billion. Other notable Kanye financial facts:

That $120 million real estate portfolio consists of the following properties:

Here are the other celebrities who are members of the "three comma club":