By Amy Lamare on February 24, 2021 in Articles › Billionaire News

There's something special about a rags to riches story. It's inspirational and aspirational. Shampoo and tequila billionaire John Paul DeJoria has one of the most inspirational rags to riches stories out there. DeJoria founded the haircare company John Paul Mitchell Systems with Paul Mitchell in 1980. At the time, he was homeless and living in his car (an older Rolls Royce) on Los Angeles' iconic Sunset Strip. DeJoria and Mitchell scraped together $700 and went out to sell their now-iconic shampoo door-to-door. No one had ever heard of DeJoria or John Paul Mitchell Systems. It didn't take long for his shampoo to become a hit. Today, Paul Mitchell haircare products are sold in more than 150,000 beauty salons in 87 countries and together with his tequila company have led its founder to an incredible net worth of $3 billion.

When DeJoria started selling Paul Mitchell shampoo door-to-door he was coming from experience with that type of sales. When DeJoria was 20, he got a job selling Collier's Encyclopedias door-to-door. Today, we have the internet to answer our every burning question, but back in the mid-1960s, people relied on encyclopedias. A typical door-to-door encyclopedia salesman lasted just three days. DeJoria sold those encyclopedias for three years. A friend of his then suggested he try his hand at the beauty industry. In 1971, he got a job as a salesman for Redken. He was making $600 a month (equal to $3875 today) and within a year and a half, he was in charge of both the beauty schools and the company's chain of beauty salons. Unfortunately, the Redken executives of that time wanted a certain kind of socializing (i.e.: kissing their butts) and that wasn't DeJoria's style. He was fired in 1975. Over the next few years, he was fired from two more hair care companies. Fermodyl Hair Care fired him because his bosses didn't think he fit in. The Institute of Trichology fired him because, after one year, he was making more money than the owner. DeJoria was done working for other people. 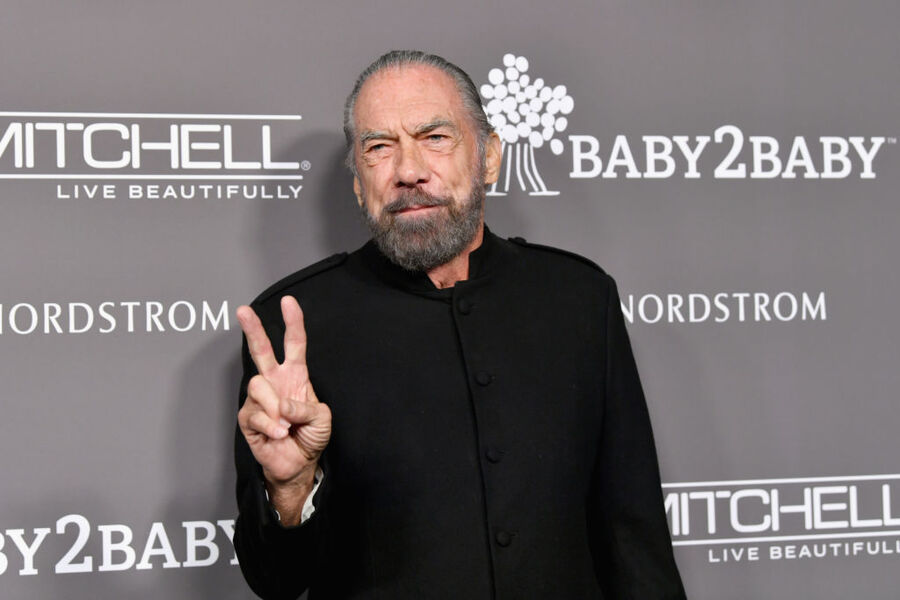 DeJoria approached his hairstylist friend Paul Mitchell in 1980 about going into business together. Before they created John Paul Mitchell Systems, salon-grade shampoos required several rounds of washing to be effective. DeJoria's shampoo was a single application shampoo. His conditioner was leave-in. This both saved hairstylists time and made blowouts easier. DeJoria and Mitchell were not able to find an investor for their company—which is what led to DeJoria living in his car with $700 to his name. Then, one morning his friend, the actress Joanna Pettet knocked on his car window. She was shocked to see him living in his car and offered him a room in her house rent-free for two months to give him time to get back on his feet. That was just what he needed. He and Mitchell spend the next two years developing their line of products and getting salons to carry it. By the end of their second year in business, John Paul Mitchell Systems had earned $1 million. By the fifth year, it was $10 million. By the 10th year, the company was bringing in more than $100 million.

In 1989, DeJoria launched a new company, the Patron Spirits Co. with his friend Martin Crowley. Their goal was to create a smoother tequila. They succeeded. Today, Patron is the world's number one ultra-premium tequila. In early 2018, John Paul DeJoria still owned about 70% of the company. Then Bacardi came calling and bought Patron on January 22, 2018, for $5.1 billion in cash. He struck the jackpot for a second time!