John Kluge Was The Richest Person In America In 1990 – Who Is He, And How Big Is His Fortune Today?

By Amy Lamare on February 22, 2020 in Articles › Billionaire News

The richest person in the world in 1990, John Werner Kluge, was worth a "mere" $5.9 billion. That's good enough to be 118th on the most current list of the richest Americans. Kluge had a pretty remarkable career, life, and made significant contributions to the television landscape we have today. He made his initial fortune distributing Fritos throughout the Northeast. Later he went on to found the media company Metromedia, a major owner of independent television stations (he owned seven), radio stations (14), outdoor advertising, the Harlem Globetrotters, the Ice Capades, pagers, and mobile television. His stations became the core of the brand new television network Fox, in the mid-1980s.

Kluge was born in 1914 to a Presbyterian family in Germany. His father died during World War 1. His mother remarried and his stepfather moved the family to Detroit in 1922. He got his first job at 10, working as a payroll clerk for his stepfather's contracting business. Kluge left home at 14 and went to live with a schoolteacher as he was driven to get an education. He worked hard in his studies and to lose his German accent. He got the grades he needed to get a scholarship to college and enrolled at Wayne State University for two years. When Columbia University offered him a scholarship that included living expenses he transferred. He graduated from Columbia with a B.A. in economics in 1937. 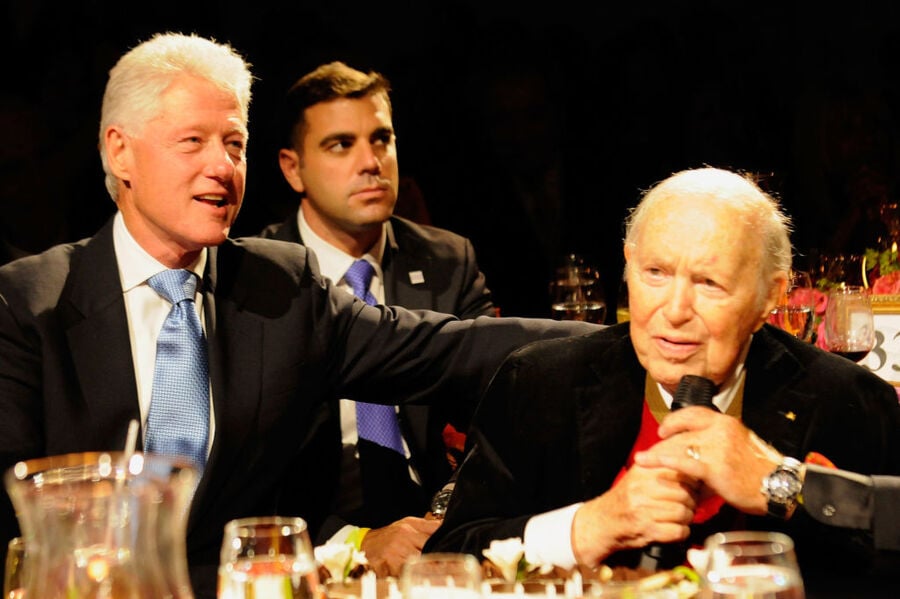 After college, Kluge went to work for a small paper company in Detroit. Within three years he went from shipping clerk to vice president and part-owner. Kluge served in Army intelligence during World War II. After the war, he got into broadcasting and launched the radio station WGAY in Silver Spring, Maryland in 1946. It cost $90,000 (equal to $1.2 million today) to get the new radio station up and running. In 1947, he founded the New England Fritos Corporation to distribute Fritos and Cheetos (as well as Wrigley's gum, Fleischmann's yeast, and Blue Bonnet margarine) in the Northeast. In 1951, he added General Foods and Coca-Cola to the products he distributed to supermarkets.

In the 1950s, he bought radio stations St. Louis, Dallas, Fort Worth, Buffalo, Tulsa, Nashville, Pittsburgh and Orlando. In the mid-1950s, Kluge bought stock in the Metropolitan Broadcasting Corporation. The company had two independent television stations – WABD in New York City and WTTG in Washington D.C. Kluge joined the company as the chairman of the board and largest shareholder in 1958 after acquiring the bulk of his shares from founder Allen B. Dumont for $6 million. Once Kluge was in control of the company he expanded it by adding more television and radio stations to its holding. In 1961, he changed the name of the company to Metromedia after buying an outdoor advertising firm.

Kluge made his first million by the time he was 37. He made his first billion – actually almost $2 billion – when he took Metromedia private in a $1.1 billion leveraged buyout. He then liquidated the company, which more than tripled the money he made.

The biggest deal of his life, however, was in 1986 when Rupert Murdoch came calling and wanted to buy his television stations so that he could launch his new television network, Fox. He sold the Metromedia television stations to 20th Century Fox for $4 billion. This made him the richest man in America for the first time in 1987.

Think about it, Kluge made the money off Fritos that allowed him to buy the television stations that then turned into the Fox Network. That's pretty cool.

Kluge died in 2010. He was 95. Today, his estate is worth $6.5 billion, more than it was when he was the richest man in America, yet he wouldn't even be in the top 100 richest Americans today.