Jin Sook And Do Won Chang Are No Longer Billionaires: The Rise And Fall Of Forever 21

By Amy Lamare on September 11, 2019 in Articles › Billionaire News

We've covered the amazing rags to riches success story of Jin Sook and Do Won Change and Forever 21 rather extensively. Forever 21 was founded in Los Angeles in 1984 by Do Won and Jin Sook Chang. The couple emigrated from South Korea to Los Angeles in 1981, in search of the American Dream. At the time, they were broke and didn't speak very much English. They didn't have college degrees. They were both just 26 years old. Do Won worked at a gas station. During his time pumping gas, he made a critical observation. The customers with the nicest cars all worked in the garment industry. And what's more – many of them were Korean immigrants like Do Won and Jin Sook Chang.

The couple opened a 900-square-foot clothing store in 1984, in the Highland Park neighborhood of L.A. They called it Fashion 21. That first year, the couple had $700,000 in sales. As it turned out, Jin Sook, who had been a hairdresser in South Korea, had a knack for spotting trends that were easy to copy. This gave the Changs an edge in the highly competitive garment industry. Every item in the store was chosen by Jin Sook. Merchandise was (and still is) turned over quickly. What was new, hot, and trendy was put at the front of the store. Industry analytics estimate than Forever 21 turns over 20% of its stock every week. That's twice the rate of other clothing stores. After the success of their first store, the Changs  changed the name to Forever 21 and began opening new stores every six months. 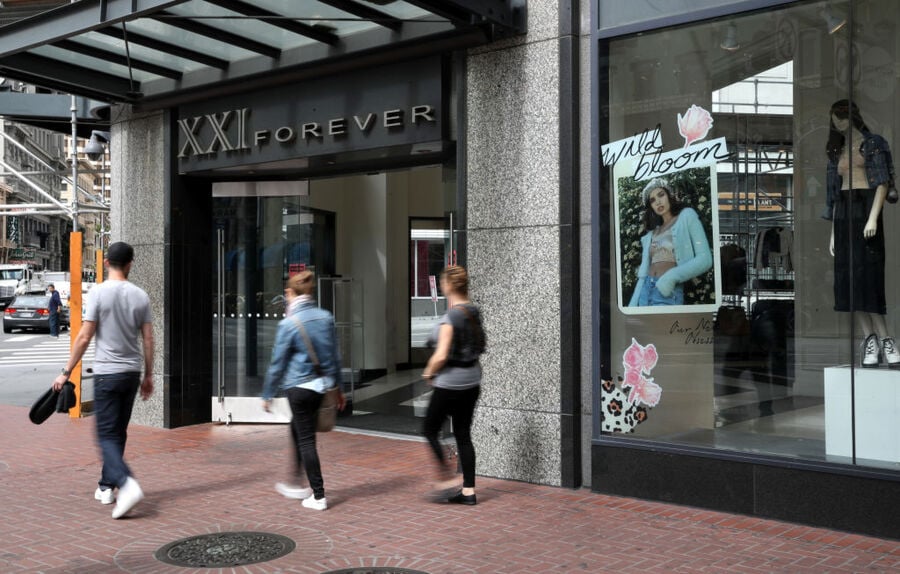 About a year ago, the fast fashion retailer was bringing in more than $4 billion in sales from over 700 stores worldwide. Now, that story has changed. Sales at Forever 21 have plunged and so have the net worths of Jin Sook and Do Won. The Changs have lost more than $4 billion of their personal wealth over the course of the past year. They've gone from a combined net worth of $5.9 billion to just $1.6 billion – or $800,00 each. Reportedly, Forever 21 is preparing for a Chapter 11 bankruptcy filing after failing to secure additional financing or restructuring their debt.

Forever 21 rose to great success by turning over their inventory quickly and keeping their prices low. However, their core demographic of teenagers are flocking to online shopping. On top of that, Forever 21 and its founders have faced near constant lawsuits for everything from labor department  violations to copyright infringement. Singer Ariana Grande is suing the company right now. Forever 21 is marketing a t-shirt with her likeness on it. They did not get permission from Grande to do this. This isn't the first time the company has gotten in hot water over copyright infringement.

In 2004, Forever 21 debuted new lines and brands designed to appeal to more sophisticated and older shoppers. These lines looked awfully familiar to a lot of designers and over the next few years, everyone from Diane Von Furstenberg to Anna Sui to Anthropologie (as well as about 47 other labels and designers) sued Forever 21 separately for copying their clothing. They claimed ignorance in this new round of litigation, saying that they had to trust their buyers and couldn't possibly police each and every vendor to know how they came up with their designs.

Forever 21 has been particularly dismissive of the many claims waged against them. To their business model, this is simply a cost of doing business in the fast fashion space. To thrive, illegal copying has to be a part of their business model. Their customers get a thrill from getting the latest fashions at a fraction of the cost at department stores and specialty retailers. In 2005, an intern for designer Virginia Johnson saw a skirt in a Forever 21 with a print very similar to one that the designer had sold at Barney's for $175 the previous season. At Forever 21 that skirt was selling for under $18. When Virginia Johnson's attorney contacted Forever 21, he was told of the policy the company has for these scenarios. They offered Johnson 10 percent of the $40,000 of skirts they had sold so far..

But copyright infringement isn't the only area of trouble for Forever 21. In August 2013, the company announced it would limit hours of some full-time employees to no more than 29.5 hours a week, slightly below the 30-hour week that qualifies workers as full-time under the Affordable Care Act. It denied the change was related to the health care act and instead tied it to projected store sales.

The retailer has also been sued multiple times by workers for sweatshop conditions.

Do Won and Jin Sook Chang have made (and lost) billions, clothed millions, and avoided some potentially nasty trials by settling out of court. Now it seems as if their luck has run out. How long can their luck last? It's always been only a matter of time before the way they do business and the way they treat employees, vendors, suppliers, and designers caught up with them. But look at it this way, if you can find a Forever 21 store (they're closing down left and right), you can pick up a knock off designer sweater that was originally $18.95 on sale.